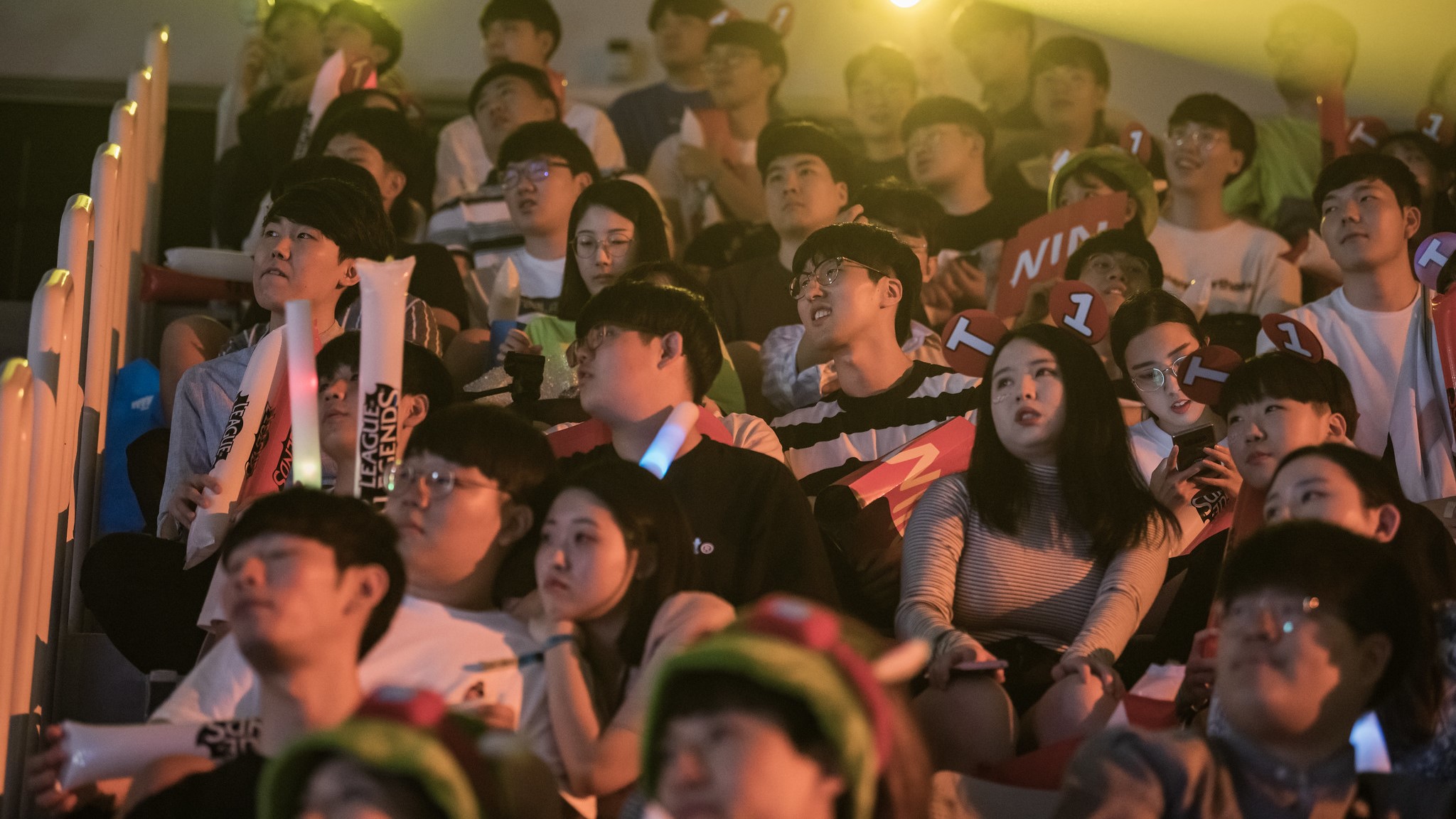 With Worlds 2021 over, countless stories written, history made, and a champion crowned, comes the offseason—a crucial three-month window that will dictate what teams will look like next year.

In November, professional contracts for League of Legends players will begin to expire, signaling a chain of events from the LCS in North America all the way to the LCK in South Korea.

Some teams will look to improve upon their rosters in the offseason, extend contracts, and sign new players, while others will take a different approach, start from square one again, and rebuild.

Here are the confirmed and reported moves for teams in the LCK.

Afreeca Freecs, who placed sixth with a respectable 11-7 record in the 2021 LCK Summer Split, let go of Dread, Fly, Bang, Lehends, and Keine to kick off the offseason in South Korea. The org also parted ways with coaches Nam “Lira” Tae-yoo and Han “Rigby” Earl.s

Afreeca Freecs signed FATE, Ellim, Teddy, and Hoit in an effort to re-establish themselves in the LCK. The team will look to compete for the top of the table in 2022.

DRX allowed top lane substitute Yoon ‘Destroy’ Jeong Min to explore his options ahead of the 2022 LCK season. The sub made just one appearance throughout the year (and lost) on Renekton. 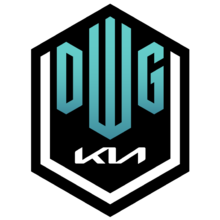 DWG KIA extended Yang “Daeny” Dae-in’s contract. His position in the team has yet to be announced, but he will likely retain his role as a strategic analyst.

Khan, Canyon, ShowMaker, and BeryL entered free agency. DWG KIA intends to “maintain a consistent communication with the players in hopes of re-signing the players” ahead of the 2022 season.

Kim “Ares” Min-kwon, a former player turned coach, parted ways with DWG KIA. After being promoted from the academy in December 2020, he helped the team reach the finals of Worlds 2021.

Lee “PoohManDu” Jeong-hyeon parted ways with DWG KIA after an 11-month spell. The assistant coach helped the team reach as far as the finals of Worlds 2021, where they lost to LPL rivals EDward Gaming.

Lee “Zefa” Jae-min joined DWG KIA as a coach after parting ways with T1 in July. He returns to the team as an assistant to head coach kkOma.

DWG KIA parted ways with its weakest link after failing to defend its title at Worlds 2021.

DWG KIA completed its roster with the additions of Kellin and deokdam, formerly of Nongshim RedForce, and Burdol, formerly of Gen.G. The team managed to retain star players Canyon and ShowMaker.

Fredit BRION announced the signing of former Griffin top laner Sword, who after becoming inactive and leaving his former team in January 2020, took a year’s break from competing in professional League of Legends.

Fredit BRION signed Morgan as its top laner. The player, formerly of Hanwha Life Esports, notoriously underperformed in 2021, despite making it all the way to the playoffs of the World Championship.

Gen.G announced the departure of head coach Ju “oDin” Yeong-dal upon mutual agreement. The former StarCraft II player and long-time coach made the decision to explore his options as a free agent ahead of the next season.

Top laner Rascal, substitute YoungJae, and coach Yu “Ggoong” Byeong-jun made the decision to part ways from the team after becoming free agents.

Gen.G bid a fond farewell to Kim “Lyn” Da-bin, who was promoted from the academy team in December 2020. The coach saw out his one-year contract with the org.

Clid and Gen.G parted ways, ending a partnership spanning two years and 28 days. The decision to leave the squad comes after the player’s contract expired in November.

Gen.G made the decision to let go of Bdd and Life, who joined the squad in November 2019.

Gen.G signed Peanut, formerly of Nongshim RedForce, Doran, formerly of KT Rolster, and Lehends, formerly of Afreeca Freecs. The org is taking a new direction in 2022.

Gen.G added Chovy to its starting roster. The former Hanwha Life Esports mid laner was one of the standout players in the LCK this year.

Gen.G completed its roster by adding coaches Score, Mafa, and Museong. The veterans will look to contend for the top spot in the league next year.

Heart departed from Hanwha Life Esports after becoming inactive from the roster on Aug. 15, becoming a free agent. Son “Kezman” Dae-young remains with the team as the head coach.

Chovy and Deft’s contracts expired with Hanwha Life Esports, prompting the duo to explore their options. “We thank them for their passion and dedication over the past time with the team and we respect their decision,” the org said on social media.

Hanwha Life Esports let go of their weakest link and parted ways with Morgan. The top laner, formerly of Team WE and JD Gaming in the LPL, failed to live up to standards at Worlds 2021.

After entering free agency, yoHan made the decision to leave the team. The jungler transitioned from a starting role in the 2021 LCK Spring Split to a substitute in the summer when Kim “Willer” Jeong-hyeon joined the squad.

Rascal and Life, formerly of Gen.G, signed a one-year contract with KT Rolster. The team has now almost fully undergone a roster reshuffle this offseason.

After leaving Afreeca Freecs on Nov. 15, Dread signed with Nongshim RedForce as the team’s starting jungler.

KT Rolster signed former DetonatioN FocusMe mid laner Aria as its mid laner. Known for his prowess in the Japanese league, Aria will look to make a lasting impression in the LCK in 2022.

Liiv SANDBOX made the decision not to extend top laner Summit and jungler OnFleek’s contracts after the team failed to qualify for Worlds 2021. Summit subsequently signed with North America’s Cloud9 ahead of the next season.

FATE, Price, and Effort left Liiv SANDBOX to explore their options ahead of the next season.

Former T1 mid lane substitute Clozer signed with Liiv SANDBOX. The up-and-coming player will look to make a name for himself in 2022.

Liiv SANDBOX signed former KT Rolster mid laner Dove, who parted ways with the team on Nov. 15. Dove, who played for SANDBOX for the best part of two years throughout 2019 and 2020, returns to the roster as a top laner.

Nongshim RedForce parted ways with mid laner Gori and AD carry substitute Hwang “Wayne” Seo-hyeon. The team, after placing fourth in the LCK 2021 Summer Split playoffs and third in the regional finals, are taking a new direction in 2022.

After acquiring Lim “Comet” Hye-sung in May 2021, Nongshim RedForce made the decision to re-sign the coach ahead of the 2022 season.

Nongshim RedForce parted ways with top laner Rich, AD carry deokdam, and support Kellin despite a promising season in the LCK. The players opted to explore their options.

Peanut, one of the standout players on the roster, left Nongshim RedForce after exploring free agency. He joined Gen.G as the team’s starting jungler.

Nongshim RedForce signed former Gen.G mid laner Bdd. A successful run with his former team made him an attractive prospect for the underdogs.

Nongshim RedForce signed former Liiv SANDBOX support Effort on a one-year contract. A roster reshuffle has completed transformed the team ahead of the next season. 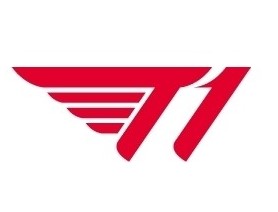 T1 and interim head coach Son “Stardust” Seok-hee mutually agreed to part ways following the team’s exit from Worlds 2021. As a free agent, Stardust is actively looking for a “new opportunity” ahead of the next season.

Teddy explored his options overseas, according to a report by Upcomer.

Hoit, who had been a substitute for support player Keria, parted ways with T1 after warming the bench for the majority of 2021. He signed with Afreeca Freecs as the team’s starting support on Nov. 20.

Teddy officially parted ways with T1 after expressing his desire to leave the team. “This was not an easy decision but was the right thing for Teddy to be able to continue his career and have a chance to find a team where he can start, T1 CEO Joe Marsh said in a statement on social media.

After taking a step back from T1’s starting roster in July and making way for Oner, Cuzz made the decision to leave the team.

Faker renewed his contract with T1, signing on for a ninth consecutive year with the team. “[I’m] honored that Faker has chosen to re-sign with T1,” CEO Joe Marsh said in a statement on social media. “These past few days have been a lot of sleepless nights and long conversations with Faker and his team. Excited to continue on this journey together.”

Ellim, who worked his way up from T1’s academy, made the decision to leave T1 after the team promoted Oner to the starting roster. The player left to join Afreeca Freecs with Teddy and Hoit.

T1 and Canna went their separate ways, ending a short-lived contract dispute between the two parties. The team and the player were unable to come to an agreement regarding salary, resulting in Canna transferring to Nongshim RedForce.

Dec. 2: Zeus signs on another year

Substitute top laner Zeus extended his contract with T1 and signed on with the team for another year. It remains to be seen if he will take the starting role in 2022 or if the team will go in a different direction.

T1 rewarded jungler Oner and AD carry Gumayusi with contract extensions, banking on the young and upcoming players to perform next year.

T1 promoted Bae “Bengi” Seong-woong from T1 Challengers and extended the contracts of Choi “Polt” Seong-hun, the head coach and general manager of the team, and Kim “Moment” Ji-hwan, the assistant coach.