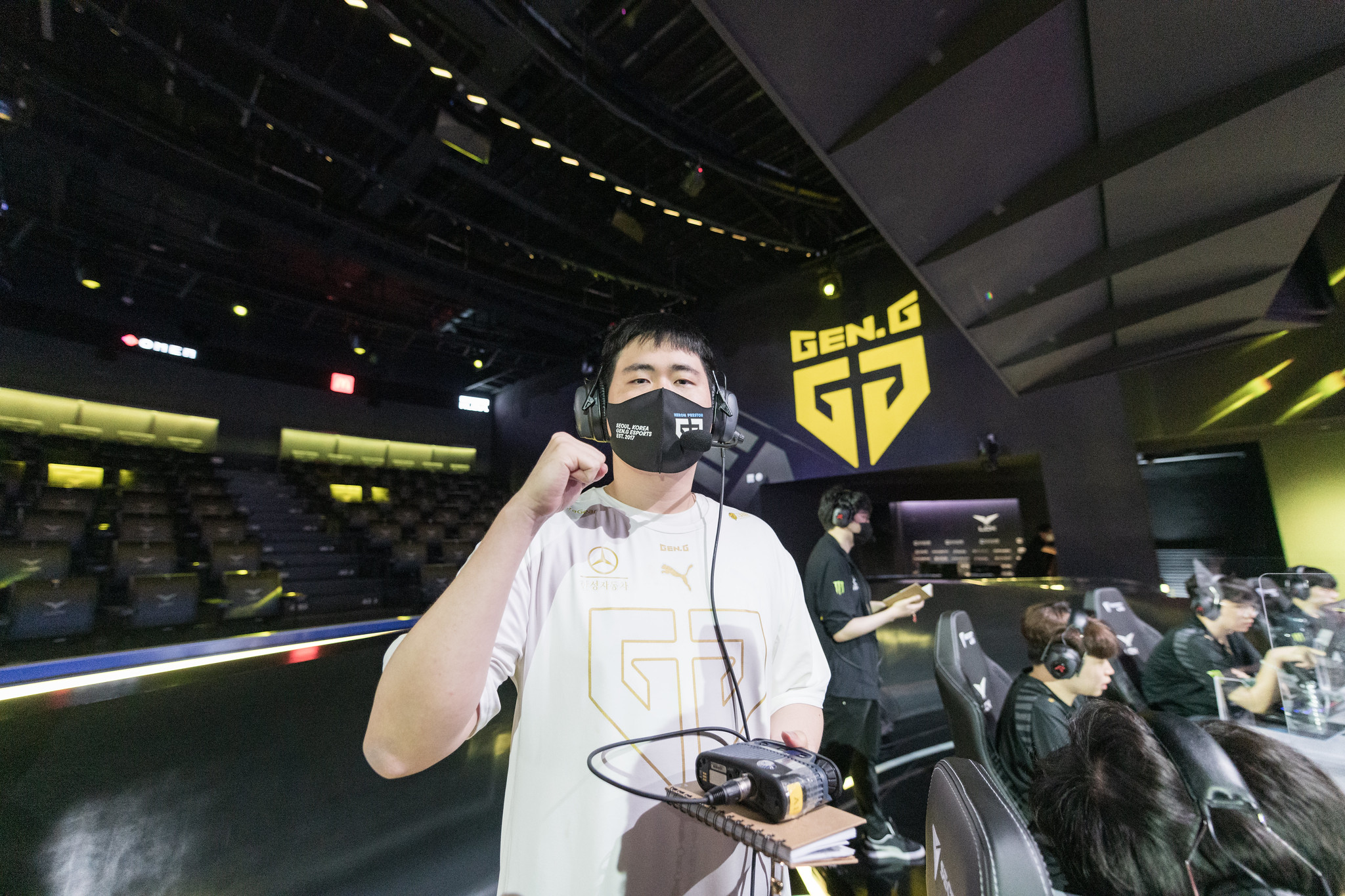 It’s the first change the League of Legends team announced after their journey in the 2021 World Championship ended.

oDin went through “many highs and lows” over the years in the team, and he was thanked “for the commitment he has shown, as well as the sacrifices he has made for this team,” Gen.G said. They parted ways in a “mutual agreement”, according to a report from Naver, and oDin has yet to reveal his plans for the next season.

After a long career as a StarCraft II professional player, he entered the League of Legends competitive scene in 2016 by being appointed as SSG’s coach. oDin then became a long-standing member of Gen.G, joining when it was still named KSV eSports, signed as coach with the rest of the Samsung Galaxy roster before the 2018 season. He was then promoted to Gen.G’s head coach last November, after acting as interim head coach following Choi “Edgar” Woo-Beom’s departure in May 2020.

The coach has one Worlds title under his belt, as part of SSG’s coaching staff alongside star-players such as CuVee, Ruler and Crown, when they won the championship in 2017. Gen.G has earned one regional title since then, and ended many other LCK splits as runner-ups, including this year’s Spring and Summer Splits.

The team qualified for the Worlds playoffs, but lost in the semifinals against eventual champions EDward Gaming last month.

During the offseason, Gen.G is reportedly going to sign FPX toplaner Nuguri, according to a report from dcinside. But otherwise, it’s still unclear if the team will make more changes to their roster ahead of the 2022 season.