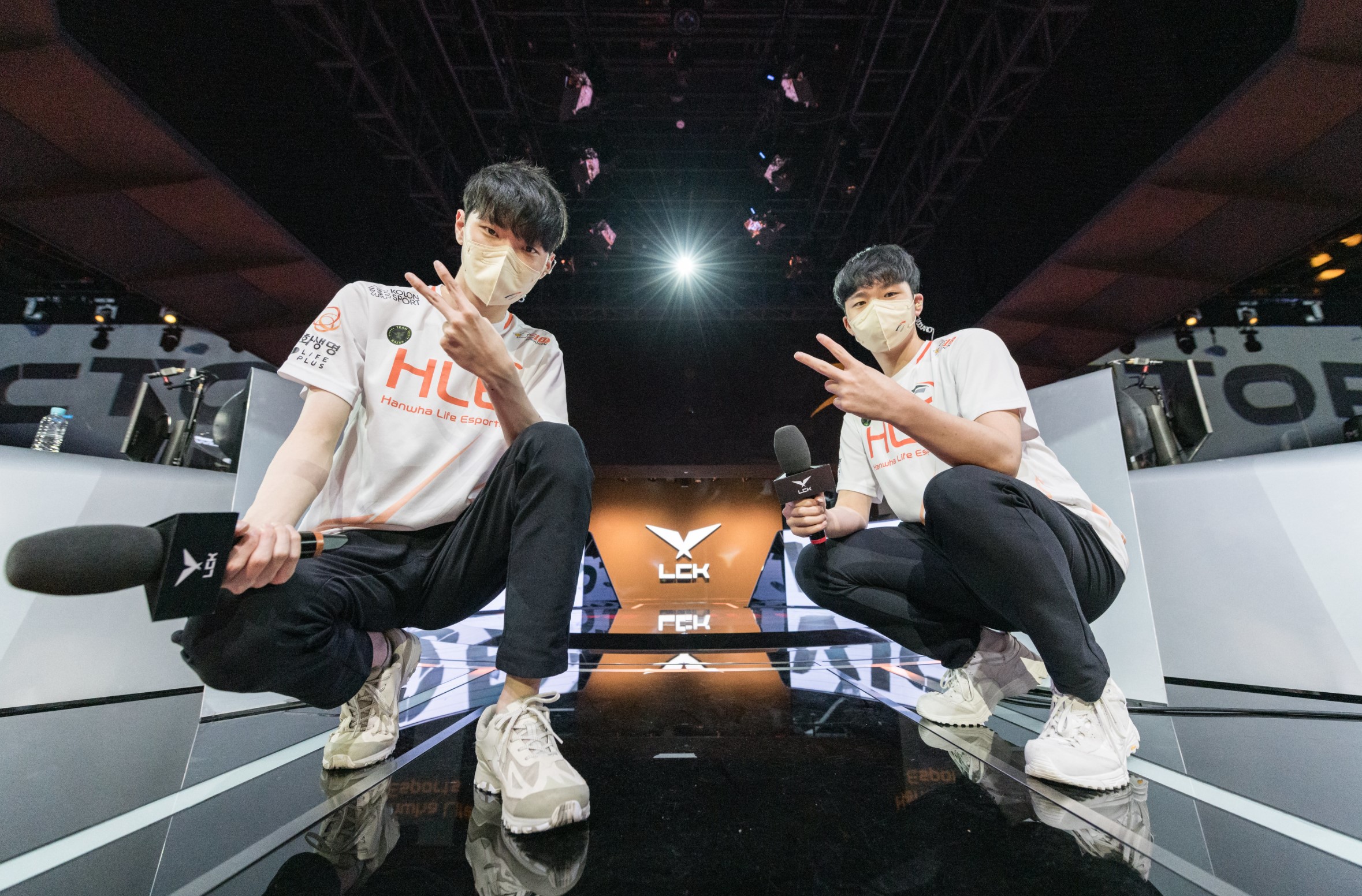 Hanwha Life announced on Twitter the organization’s contracts with Jung “Chovy” Ji-hun and Kim “Deft” Hyunk-gyu have expired. The duo will join the free agency pool together as both player contracts ended on Nov. 15.

It seems as though both players will look elsewhere for the 2022 competitive season, as their former organization thanked the pair for their contributions to the team in the past year. In the tweet, Hanwha Life thanked the players and said it respected “their decision.”

Chovy and Deft joined Hanwha Life in November 2020 after leaving DRX. In the LCK Spring Split Playoffs, Hanwha Life finished third after being eliminated by the eventual World Finalists in Damwon Kia. The team failed to qualify for the Summer Playoffs but made a resurgence in the regional qualifiers by punching the LCK’s final spot to Worlds 2021.

At Worlds 2021, Hanwha Life managed to beat out Fnatic and PSG Talon to escape its group and qualify for the quarterfinals before being snuffed out by Damwon Kia in a 3-0 sweep.

Chovy and Deft have played on the same team since 2019, though it is unclear if the two will once again find an organization together for 2022. Chovy has been specifically considered a very sought-after mid laner since his time on Griffin.