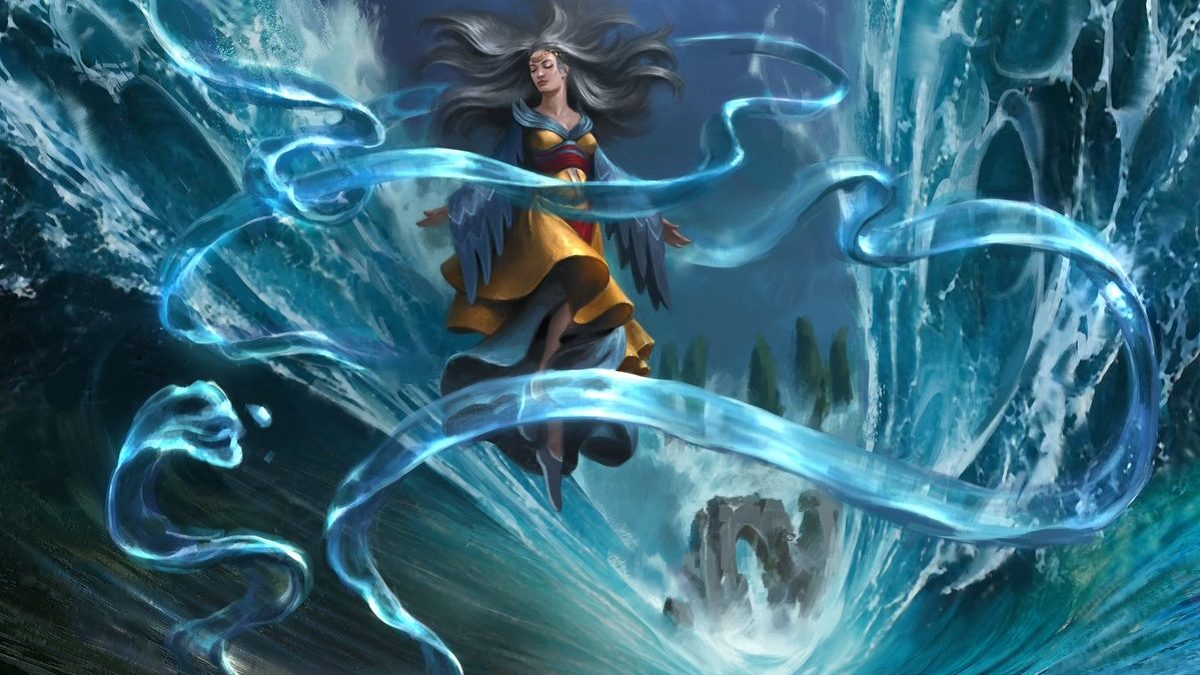 Core Set 2020 (M20) is coming soon to the tables of Magic: the Gathering players. We’ve got all the tips and tricks you need to know to tackle the set as soon as it drops. Here’s your guide to drafting blue in M20.

For M20, blue touches on the flyers and control archetypes, which means blue decks should focus on evasion and card advantage. Don’t expect to be the most powerful deck in your draft—winning with blue in M20 is about crushing your opponent with value then flying over their head.

There’s something to be said for consistency. Air Elemental, which debuted in 1993 in Magic‘s very first set, is back for its 32nd printing in M20. As a 4/4 flyer, Air Elemental is one of the biggest non-rare beaters in the sky and has the ability to take over a game if left unanswered. The fact that this plays well with Elementals means it’s a great pickup in 3/5ths of the set’s supported archetypes. Expect Air Elemental to get snapped up quickly.

At common, the Cloudkid is great value and will find his way into many M20 blue decks. Like Air Elemental, this creature does it all—it flies, gives you card advantage, and has the Elemental creature type. Don’t sleep on the Seer.

I just want to cast this spell all day, every day. An inherent three-for-one, Captivating Gyre can be a game-ender if deployed at the right time (and it won’t be hard to find the right time with this card, trust me). Unlock extra value by bouncing an enchanted or equipped creature, or a token to remove it from the game. Take special note that you can target your own creatures as well as an opponent’s, which can save your best creature from static removal like Pacifism.

Hey, it’s another flying elemental! And with an on-board protection effect, Boreal Elemental is a beater and will be savage in multiples. The only reason it isn’t ranked higher is because it simply loses in combat to Air Elemental.

This card is a direct result of Wizards of the Coast’s new design philosophy: FIRE. Despite being just one mana, Spectral Sailor is loaded with value and play lines. Repeatable card draw is amazing in Limited, and at worst this hits the board and gets activated before being killed. But in the late game, this spoopy boi can draw you multiple cards per turn, turning itself into a value engine that will leave your opponent gasping for air.

This Aura is blue’s most direct removal card, which makes it a must-draft. Unfortunately, it’s expensive and vulnerable to bounce effects (and Gods Willing!). Still, it will almost always buy you some time to set up for the rest of the game.

For three mana, drawing two cards is a great effect and a common way to simply get ahead. Every blue deck is going to want this, and with the discount will be a must-grab for the flyers archetype.

Hard Cover wants to be a good “looter” (to “loot” in Magic is to draw a card and then discard a card). And, yes, there have been some great looters in past sets. The problem is that Hard Cover falls into a classic Limited dilemma: Auras open the door to getting blown out with any form of removal. You’re spending two cards to do a thing, and all your opponent needs is one copy of Murder to turn your thing into nothing.

It may be an excellent blocker, but Fortress Crab is a miss if I’ve ever seen one. It just doesn’t do anything. For just two more mana, you can get a Frilled Sea Serpent that holds the ground better and also doubles as an inevitable win condition.

Zephyr Charge may look like a fun enabler, but trust me—it’ not worth it. You should be drafting cards that already have flying, not paying extra. This is the worst blue card in the set.