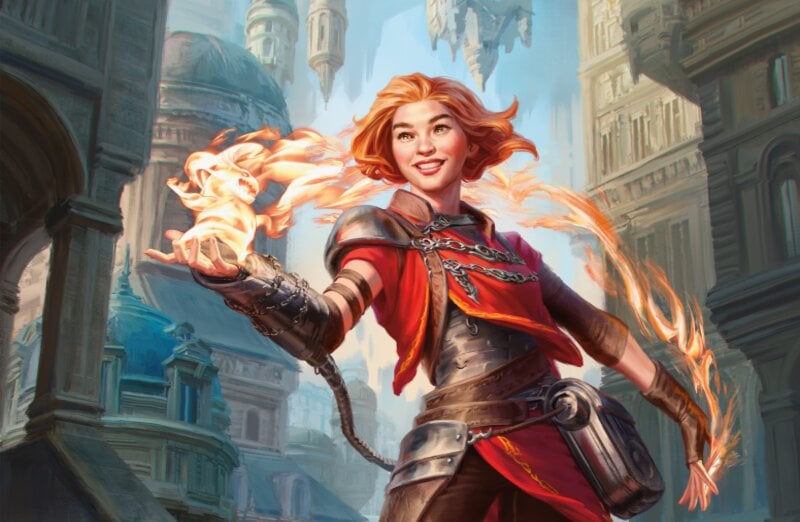 Wizards of the Coast is approaching Magic: The Gathering with an improved and new design philosophy for the Standard and Limited formats with F.I.R.E.

Inspired by former Magic: The Gathering Pro and director of R&D, Aaron Forsythe, the design team at Wizards of the Coast initiated the acronym F.I.R.E. as the foundation of their new design philosophy going forward.

For former MTG Pro Andrew Brown, design contractor for Wizards of the Coast, F.I.R.E. stands for fun, inviting, replayable, and exciting. The interesting part about the design team’s acronym is that for each designer, it means something different. They all managed to end up on the same page, however, pushing the boundaries of Magic: The Gathering towards new heights.

Beginning with the MTG War of the Spark expansion, an emphasis was put on Common cards to promote Limited play. The success of MTG Arena likely played a large part in moving towards a stronger Limited format, along with the increased number of individuals showing up for pre-release Drafts and Friday Night Magic (FNM) tournaments.

The F.I.R.E. philosophy succeeded and is now being carried over into Core Set 2020, set to release on July 12. Bringing back the “gain lands” cycle from Khans of Tarkir and Evolving Wilds from Commander, the design team filled Common slots with land cards that fit within the current Standard and Limited metagame.

With the addition of a new legendary cycle in Core Set 2020 and an emphasis on tribal themes, the F.I.R.E. philosophy carries on and hopefully continues to benefit Magic: The Gathering in positive ways like War of the Spark did.