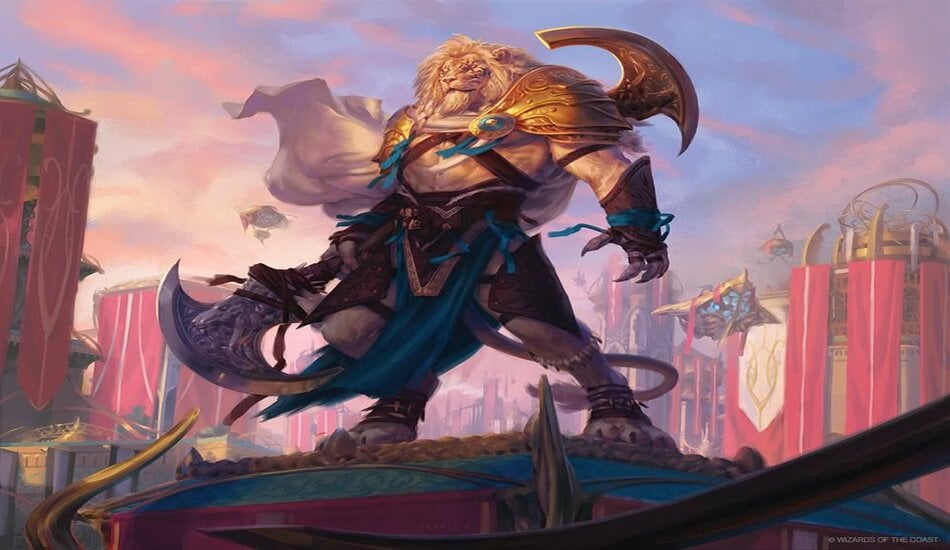 Image via Wizards of the Coast Magic: The Gathering and Kieran Yanner

White in the MTG Core Set 2020 may not an overpowering color that’ll guarantee wins, but it does have a healthy mix of evasion, equipment, instants, and creatures that can either stand on their own or mesh well with other colors.

Playing White is all about finding a synthesis that works with just about any other color while utilizing its Mythic Rare and Rare cards like Cavalier of Dawn, Ajani, Strength of the Pride, and Hanged Executioner. Not every pick is a Rare and Mythic, however, which is why we’ve put together the best Common and Uncommon draft picks in White.

As a cheap instant, Gods Willing is one of the best protection cards for Limited. It can protect a creature from any color, even enchantments like Pacifism for the turn. Plus, it allows a player to Scry 1 which is worth the one mana casting cost by itself. Gods Willing is an instant that needs to be in the main deck, not the sideboard.

For a cost of four mana (one white), Master Splicer is a bargain Uncommon. He’s a one/one who creates a three/three golem upon entering the battlefield and gives other golems plus one/plus one. Artifacts Master Splicer pairs well with that other players might overlook are Prismite, Pattern Matcher, and Meteor Golem.

For a common two mana (one white) cost, Pacifism is a solid Common pick in Limited. One could say, a standard in Draft. While there are answers to Pacifism in the M20 set, keeping a creature from attacking and blocking for only two mana is a bargain.

Claimed by many to be a waste of a pick, we think Rule of Law is better than it appears. Draft is all about tempo and casting more than one spell per turn, which Rule of Law prevents. Grant it, it may turn out to be more of a sideboard pick. But we think it’s an Uncommon worth grabbing.

Gauntlets of Light has potential in Standard Constructed, but not in Limited. Getting it to sync with your draft deck is too much work for the benefits you’ll get out of it. Don’t be tempted by its glamor and pass on it for something else.

Within the M20 set, there’s not much the Yoked Ox can do for you in a Limited Draft. Sure, it blocks up to a power of four at a cost of one white mana, but that’s all it does. Stick with cards that bring value and avoid the Yoked Ox.

Inspired Charge is the sad version of Heroic Reinforcements (M19), which has Boros Aggro players weeping behind closed doors. It only gives your creatures plus two/plus one and doesn’t produce any tokens, or haste. Unless you know you’ll have the battlefield stacked with creatures and tokens, it’s best to pass on Inspired Charge.