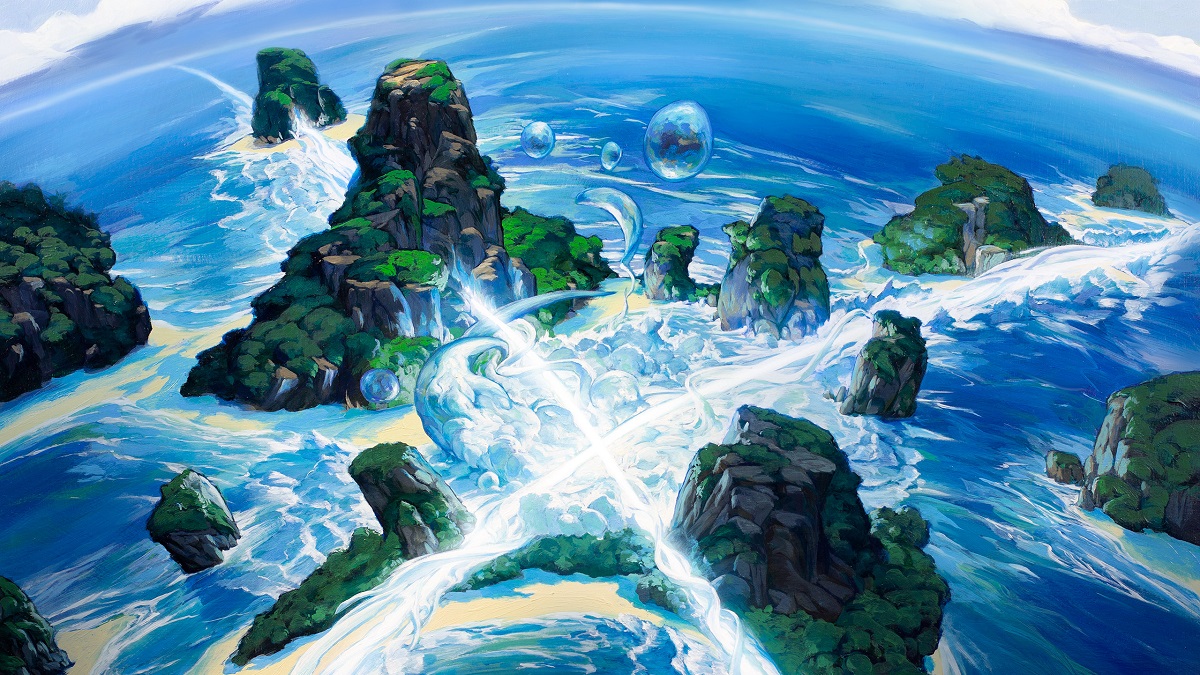 The entire set spoiler for Magic: the Gathering’s Core Set 2020 dropped on Tuesday. Hot off the heels of one of the game’s biggest tournaments ever, here’s your guide to navigating the newest cards about to hit Standard. 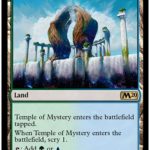 Better known as “scrylands,” these five lands card will make an immediate impact in Standard. First printed in 2013’s Theros expansion block, the scrylands are powerful additions to any Magic player’s collection.

Unlike most other rare lands, scrylands are useful at any point during the game. Scrying in Magic means to look at the top card of your library, and choosing to either leave it there or put it on the bottom of your library.

Early on in a game, these lands provide access to multiple colors and can help smooth out a rough initial hand. Late in the game, the ability to “scry away” a land or less powerful card can mean the key to winning.

Lotus Field is more than just a reference to one of the most powerful Magic cards ever printed, Black Lotus. In fact, this card is powerful enough to warp the format completely.

Let’s break it down. Lotus Field is a single land card that can produce three mana all by itself. This comes with a hefty cost, however—sacrificing two lands can be a serious setback. (Combo tip: have Blood Sun in play and you don’t have to sacrifice anything!)

Cards like Crucible of Worlds and Multani, Yavimaya’s Avatar take further advantage by getting value from lands sitting in the graveyard.

Brought Back is a cheap card, but an amazing role player for multiple powerful decks in the format.

Esper Control and Esper Hero are both dominant right now, but have some problems dealing with board wipes that target planeswalkers and creatures respectively.

Brought Back seems to be a cheap solution that lets players regain some of that value. Lose both Teferis? Just bring them back! The fact that this is an instant means you should be mostly playing it on your opponent’s turn, ideally after a board wipe.

This card may even be powerful enough to bring an Aristocrats deck into the fold. Aristocrats is all about sacrificing your own creatures for value, with Priest of Forgotten Gods being the current clear enabler. Being able to bring back the creatures you just sacrificed for just two more mana seems like a winning combination, especially when you add in death triggers and enter-the-battlefield effects.

Meet Shifting Ceratops, a.k.a. the “Teferi Assassin.” Shifty C seems to be aimed directly at blue planeswalkers, which include some of the most powerful cards in Standard. Entire decks are built upon the power of the twin Teferis, Narset, and Nicol Bolas.

Armed with protection from the color blue and a low cost on-board ability to gain haste, this dinosaur will hit the table and can immediately swing at an opponent’s biggest threat.

Midrange decks have been floundering for a while, despite the power of cards like Hydroid Krasis and Vivien Reed. The addition of Shifting Ceratops should finally give these decks a way to topple their blue oppressors. 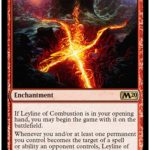 Leylines are back! These rare enchantments all share the ability to be cast for free if they’re in your opening hand. Three coming to Standard in Core Set 2020 are reprints (Sanctity, Void, Anticipation), while two are brand-spanking new (Abundance, Combustion).

These will be critical sideboard cards against certain matchups. Leyline of Sanctity, for example, completely shuts down most Burn decks, which are all about targeting your face with lightning bolts. Leyline of the Void neuters decks that want things in the graveyard, and Abundance already has an infinite mana-generating combo.

Most notably, these Leylines are being added at the same time as the new London Mulligan rule. This rule will give players more choice on the cards they start with, which will certainly mean more Leylines in play before turn one. 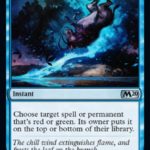 This five-card cycle, dubbed “hosers” for their ability to target specific colors, will be valuable additions to any sideboard to beat decks against which your deck is weak.

Veil of Summer, for example, will give green decks protection against blue and black, which tend to want to kill your creatures or bury them into your deck. Fry, on the other hand, provides some explosive value against the dominant Esper Control and Esper Hero decks.

Grafdigger’s Cage is cheap, effective, and basically the best graveyard hate card ever printed. It may not be absolutely free like Leyline of the Void, but it completely shuts down graveyard shenanigans without requiring any colored mana.

Have you ever just wanted to blow everything up? Well, now you can! Planar Cleansing is officially the most powerful board wipe in Standard, though it does require a heavy dedication into white.

The addition of so many planeswalkers in War of the Spark means that players need answers to decks that rely heavily on these powerful cards. The Elderspell is now joined by Planar Cleansing as one of the few cards that really punishes playing a plethora of planeswalkers. Just make sure you aren’t blowing up anything valuable of your own!

These following cards look to be some basic building blocks for existing decks that may provide slight upgrades or alternative attack patterns. Don’t expect these to be game-breaking⁠—but definitely don’t be surprised if you suddenly see it across the battlefield!

These cards likely won’t see play in Standard, but brewers are drooling over potentially powerful (or at least fun) card combos.