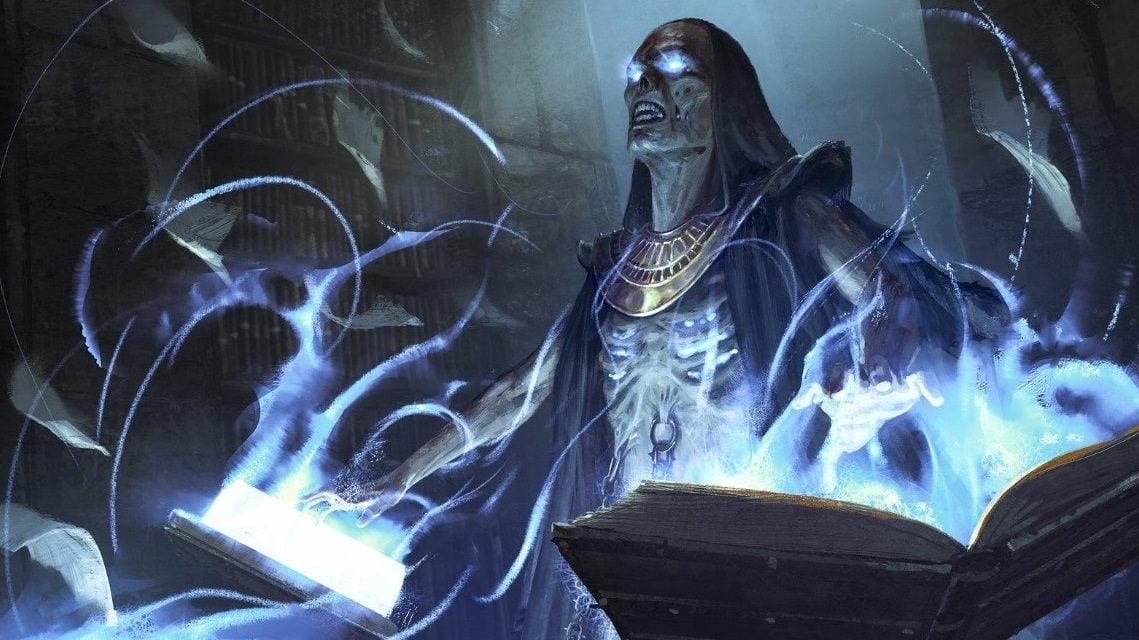 Magic: the Gathering‘s newest set, Core Set 2020 (M20), went live this week on MTG Arena, and we’ve got the lowdown on what’s good and what you should leave on the sideboard. Here’s your guide to drafting black in M20.

Black in M20 has three supported archetypes: Control, Go Wide, and Aggro. If you find yourself in black, you’ll want creatures, kill spells, and card value. Black has some of the best removal, so come ready to fight over these great cards.

Black players, rejoice! Murder is back at Common rarity after a six-year break! This card is hands-down the best non-Rare removal card in the set and at Instant speed, it will be a must-draft. If you’re in black, take as many of these as possible—and you will see many.

Disfigure, a.k.a. Murder Junior, is another returning card that does more or less the same, albeit on a smaller scale. At one mana, you get to kill something small! Look for opportunities for a two-for-one, such as your opponent enchanting one of their small fliers, or a combat trick.

Audacious Thief is a new card, but one that can pack a ton of punch if played right. Fortunately, that playstyle fits well into all black archetypes, meaning this card should find a home in any deck running Swamps. Attacking once and trading for a blocker is fine, but the real value is clearing the Thief’s way into multiple attacks and card draw heaven.

This simple removal spell should not be overlooked. Three damage to any target means this can be pointed at your opponent’s face for lethal, a planeswalker to wipe it off the board, or just to a creature to get it dead. The life gain here is also notable, for cards like this one.

Magic fans will recognize the callout to Ajani’s Pridemate. Now with wings and a better body, Bloodthirsty Aerialist has the potential to take over in the skies. As one of the few fliers in black, this also doubles as a great blocker against Flyers decks.

Not only does Vengeful Warchief have a solid body, but it gets stronger the more you take damage. Most of the time, this will be from getting attacked on your opponent’s turn—but black has a few tools to pump the Warchief on your own turn as well, such as Audacious Thief. A match made in heaven!

It may have a high setup cost, but don’t sleep on Blood for Bones. This is a major recovery mechanism if your opponent downs your best creature. This spell also has a ton of combo potential once you factor in black’s enter-the-battlefield abilities.

There may certainly be an amazing non-creature spell sitting in your opponent’s hand, but the odds of hitting something valuable with Duress are too low to seriously be considered. Duress is great in Standard but can be safely ignored in draft.

Like Duress but bigger, Thought Distortion has potential but falls flat in a low-powered Limited environment. This is a Standard plant as well, and likely not a good one.

This seems like a major trap. This is a six-mana artifact that you then have to throw away two more cards (and two life!) to get a 5/5 flying Demon. You have to do it on your turn, and then your opponent can just respond with Murder or Pacifism? No, thank you.