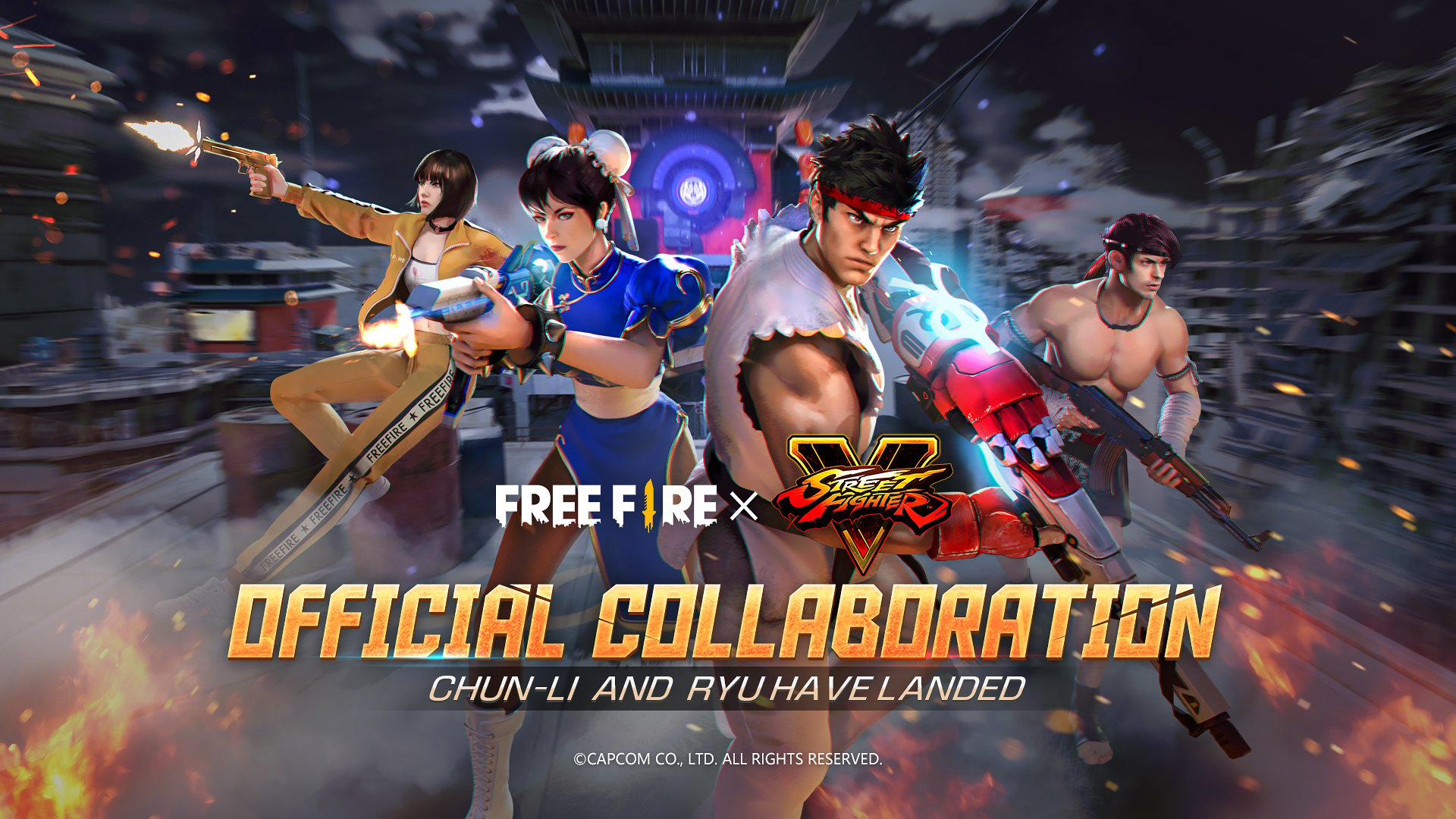 Free Fire’s collaboration with Capcom’s Street Fighter V started today and brought a whole special event interface to the game. The collab was revealed back in June and fans were very excited to be able to bring Chun-Li and Ryu to battle. Earlier today, Garena revealed the details about the event and a trailer video.

The event is named “Free Fighter” and is going to transform Garena’s battle royale until the event is over. In the lobby, players can already recognize the Air Force Base background.

With the event, Free Fire players can get many themed fashion items, like Chun-Li’s iconic outfit and a Gloo Wall inspired by the character. Ryu’s outfit will also be available for players, together with a Hadouken grenade and AWN gun skin. Also, Street Fighter V fans will be able to perform the iconic Hadouken move on the battle royale. Ryu’s attack is coming to Garena’s mobile game as an emote.

A collab between Street Fighter V and Free Fire is the ultimate video game crossover, console and mobile coming together. This is not the first time Garena has brought interesting partners to their battle royale. Other interesting recent collaborations were Attack on Titan, McLaren Racing, Netflix’s La Casa de Papel, One-Punch Man and Portuguese soccer player Cristiano Ronaldo.