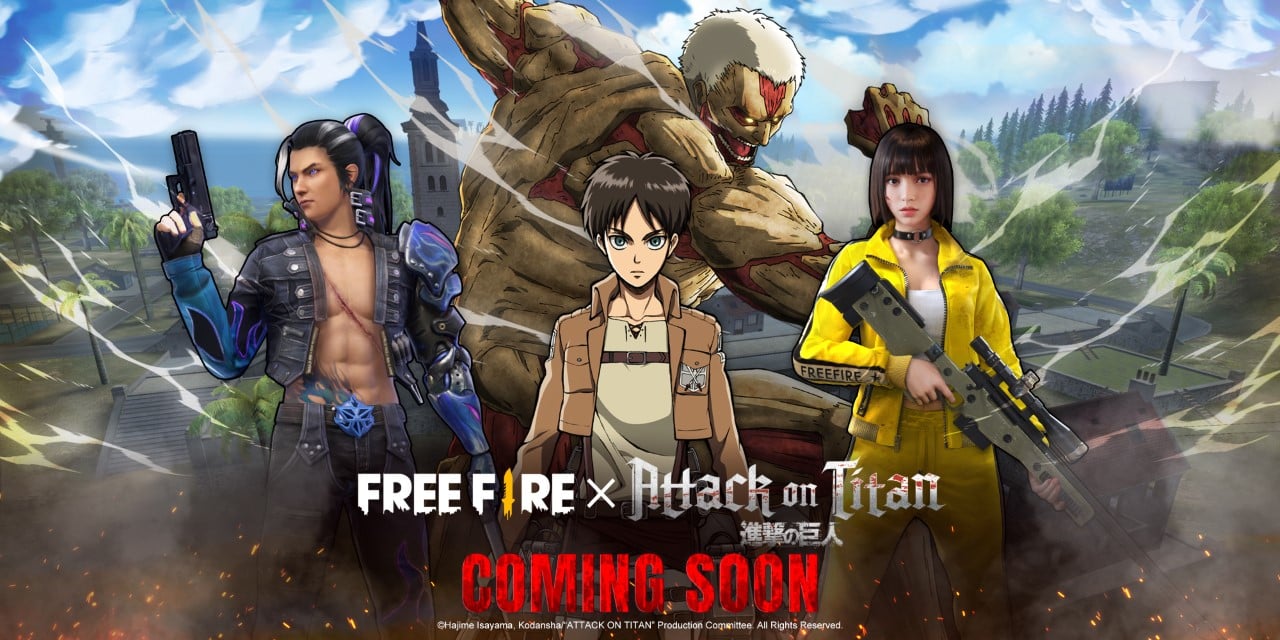 Free Fire has revealed a global collaboration with Kodansha’s Attack on Titan, Garena announced today. The partnership was announced on the day of the OB26 update drop. The crossover between the battle royale and the modern Japanese anime series is set to go live in March.

Players can expect content inspired by the anime, just like another Free Fire collaboration with One-Punch Man earlier this year.

Related: Everything you need to know about Free Fire’s upcoming character, Shirou

Fans of the anime series will be able to go into battle wearing the colors of the Survey Corps division or costumes inspired by the man-eating Titans. Exclusive gun skins and other Free Fire items and collectibles will also be available for players.

“Free Fire players can soon battle in the style of one of the world’s most captivating modern dark fantasy anime – Attack on Titan,” said Harold Teo, battle royale producer at Garena. “The series has captured the imagination of many worldwide with its unique and immersive narratives; we’re excited to bring this over into the world of Free Fire.”

This is one more of Garena’s efforts to make Free Fire a worldwide success with collaborations with celebrities and productions from around the world. Since 2019, the battle royale has received many partnerships with big personalities such as Brazilian DJ Alok, American DJ KSHMR, Bollywood actor Hrithik Roshan, Portuguese soccer player Cristiano Ronaldo, and most recently Vietnamese singer Son Tung M-TP. Free Fire has also hosted in-game events with famous productions like Ragnarok and Netflix’s La Casa de Papel.

More details about the Attack on Titan crossover should be announced soon by Garena.