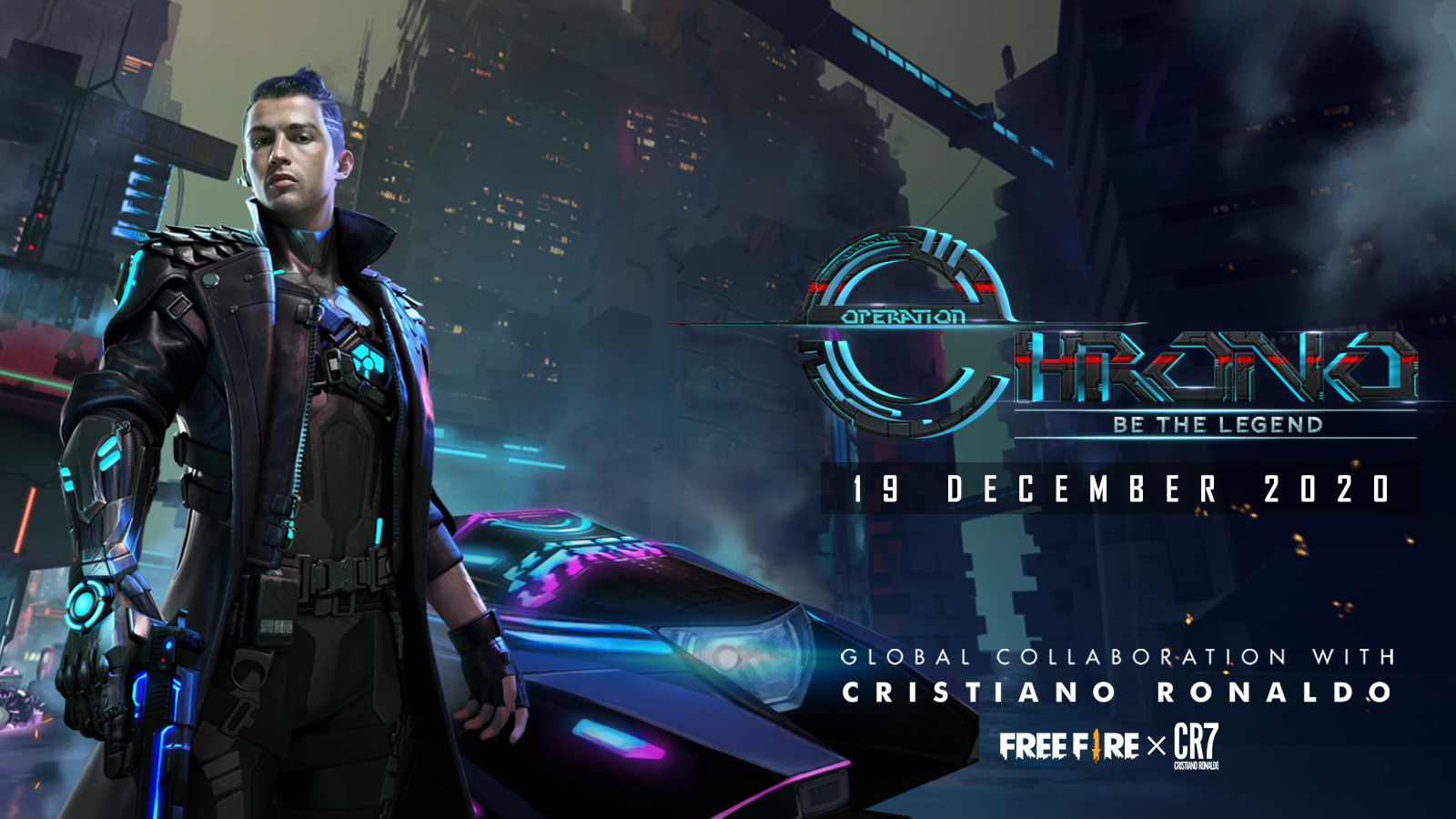 Following a leak last week, Cristiano Ronaldo has been officially confirmed by Garena as the latest Free Fire ambassador. Like the other battle royale ambassadors, CR7 will also be the inspiration for a new character, Chrono.

Chrono will be globally released on Dec. 19, but an event that anticipates his arrival starts tomorrow with the official OB25 update. To celebrate this big partnership, Garena has also created a website for Operation Chrono, with mysterious events scheduled for Dec. 9, 12, and 21.

In collab with the DJs, Free Fire got two exclusive songs, one performance at the Free Fire World Series 2019 finals and an online concert featuring both of them. The collab with Netflix resulted in a global Free Fire event with a full thematic La Casa de Papel takeover.

Fans are curious to see what will come out of a partnership between one of the biggest mobile battle royales and one of the most famous soccer players of all time. Garena is calling Operation Chrono the biggest event of the year, so players can expect many rewards and surprises.