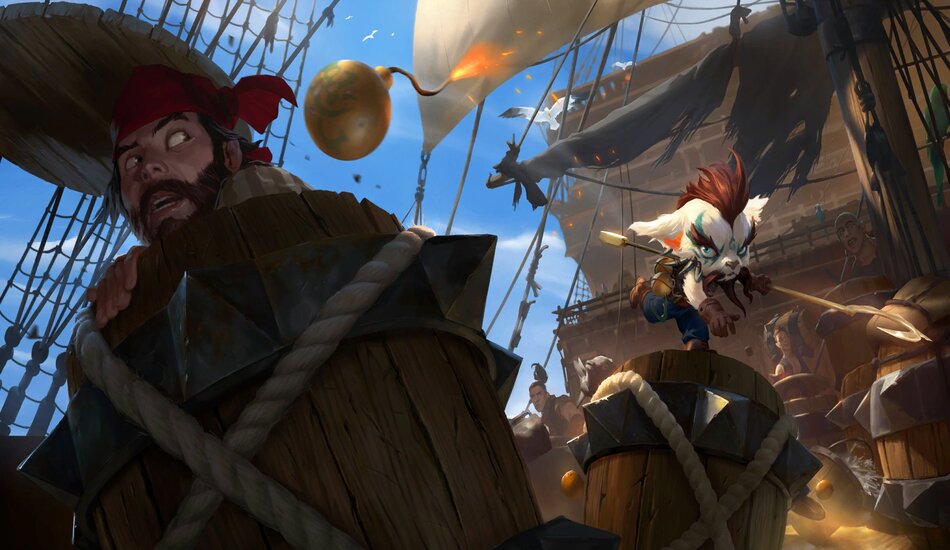 The Ranked mode will return to LoR this afternoon. Top streamers have already started showing off a wide assortment of decks for the climb, from self-mill builds with Nautilus to Midrange attack decks featuring Miss Fortune.

At the start of the Season of Plunder today, there won’t be any players at the Master tier.

The Rising Tides expansion includes a new region within LoR, Bilgewater, along with a total of over 120 cards. It’s been less than 24 hours since the new set launched via PC and mobile and there’s already been around a dozen new decks created. A number of champions, followers, and spells from the Bilgewater region are also emerging as some of the best cards to play in LoR.

New and existing players can also ramp up their collection with special “week one” rewards being offered by Riot. XP has also been boosted for players unlocking the early rewards within a Region Road. A number of cosmetics have been added to LoR too, from a Bilgewater board to 10 new emotes to harass an opponent with.

The new Rising Tides expansion, in conjunction with a global mobile launch, signifies the official release of LoR. Ranked mode for the launch kicks off today via The Season of Plunder at 12pm CT.