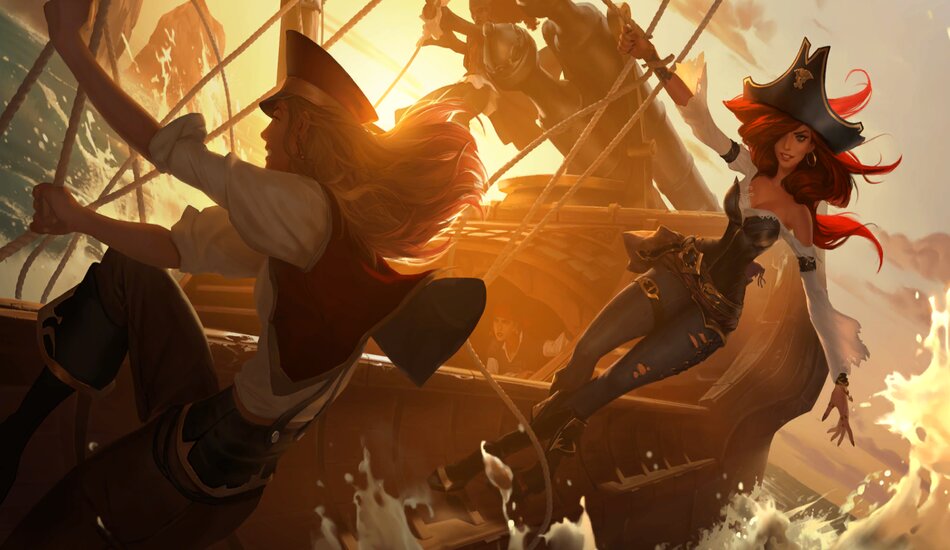 Rising Tides arrived in Legends of Runeterra today and top streamers of the digital card game didn’t waste a beat testing out a host of new archetypes.

The official release of LoR is underway, with players already accessing the digital card game via mobile, despite the April 30 scheduled release date. Streamers were already crafting decks as early as yesterday in preparation for the PC launch at 12pm CT today, mashing new champions together with a few older favorites.

Bruised By God (BBG), Swimstrim, and LootGamingLounge all came up with their own Sea Monster builds using Nautilus and Maokai.

BBG consistently went Deep with the deck (15 or fewer cards) by turn five. He also pointed out that in a mirror match, it’s important to drop Maokai after your opponent has already played a leveled-up Nautilus to put them on the clock.

MegaMogwai also spent most of the morning crafting a new Rising Tides archetype, showing off Swain and Gangplank in a Bilgewater and Noxus build that he appropriately named Pirates and Crows.

The new Bilgewater champion Fizz got some love from ManuS, combining him with Fiora to form a unique Midrange build.

LootGamingLounge got in on the action too, creating his own build of Fizz and Fiora. The top-ranking LoR competitor also crafted a unique build featuring Lee Sin paired with Heimerdinger.

The Rising Tides set in LoR is now live via PC and mobile, although some parts of the world may not be able to access it on mobile until April 30.