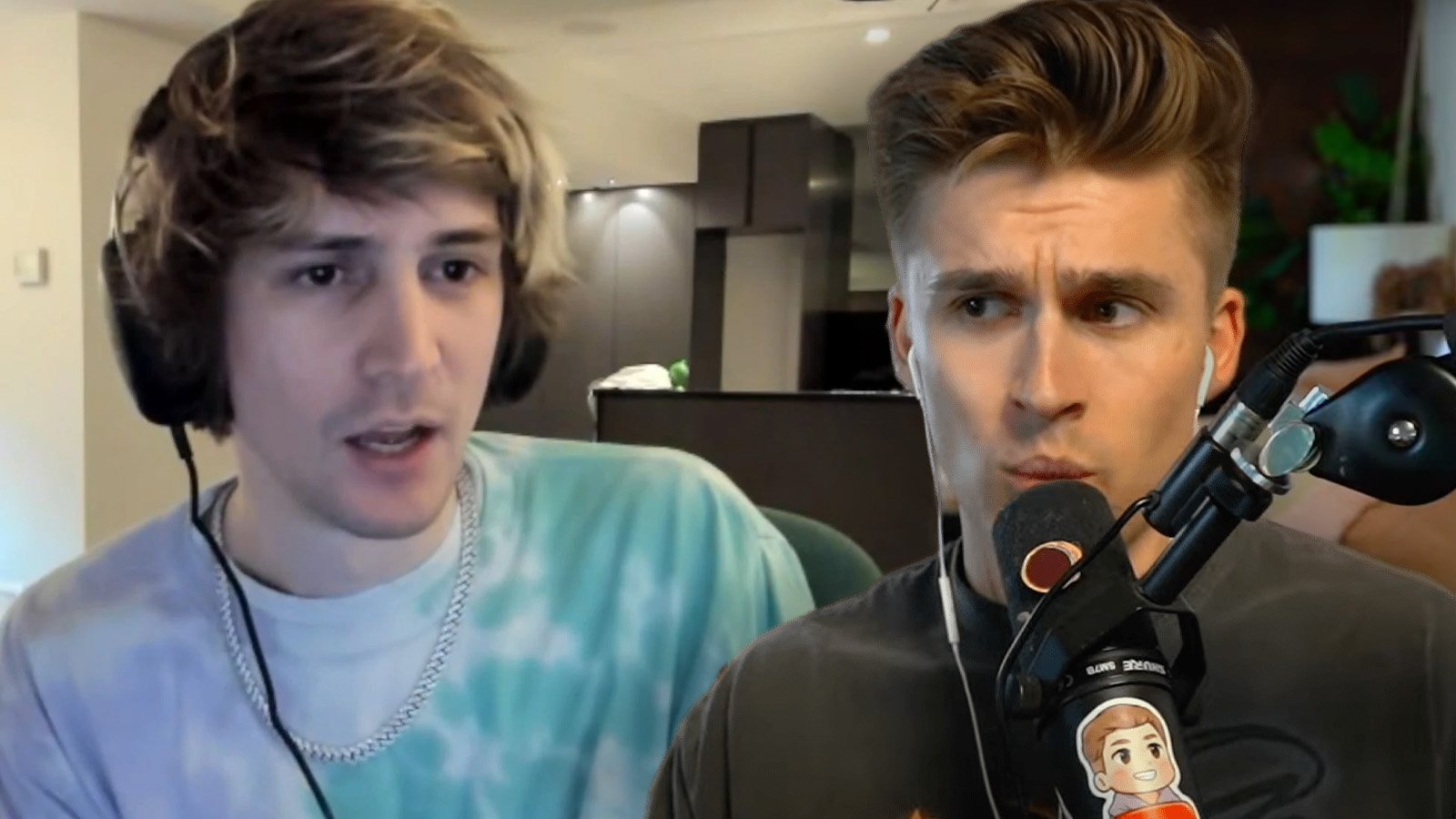 Screengrab via xQc on Twitch and Ludwig on YouTube

Ludwig Ahgren and Felix “xQc” Lengyel have teamed up to reimburse all the Twitch fans ItsSliker tricked into giving him money to fuel his gambling addiction, but Ludwig claims they have different reasons for doing so.

The YouTuber suspects xQc is doing it for two reasons. “I think, in part, he feels guilty because he’s earned a lot of money gambling,” he said.

He added: “Or maybe it’s a good public relations thing.”

It does line up with xQc’s change of heart on the issue of whether Twitch should ban gambling streams, which the Amazon company actually followed through with on Sep. 21.

As for his own reason, Ludwig said he’s more or less doing it because he has the means to and he wants to help, even if it means he has to “sell out” for a little while to make it happen.

“You will probably see a stupid mobile game sponsor on Mogul Mail in the next month or so,” he said. “That’s all I have to do. One little sellout that hopefully you guys are okay with, and I can make dozens of people’s lives a lot better.”

Ludwig believes it’s a worthwhile trade-off, in his eyes.

“I don’t mind doing that. I don’t mind shilling out for some terrible mobile game,” he said. It’s a small price to pay in exchange for “doing a positive good.”

Twitch has removed ItsSliker’s partnership with the platform, but they haven’t banned him yet. “I think he should definitely be banned, but at the moment, [at least] he cannot make money on the website,” said Ludwig.

It is estimated ItsSlicker owed around $380,000 spread across the countless streamers and fans he scammed. Despite having different reasons, Ludwig and xQc have been praised for doing what they can to help.

Catch up on the whole Twitch gambling saga