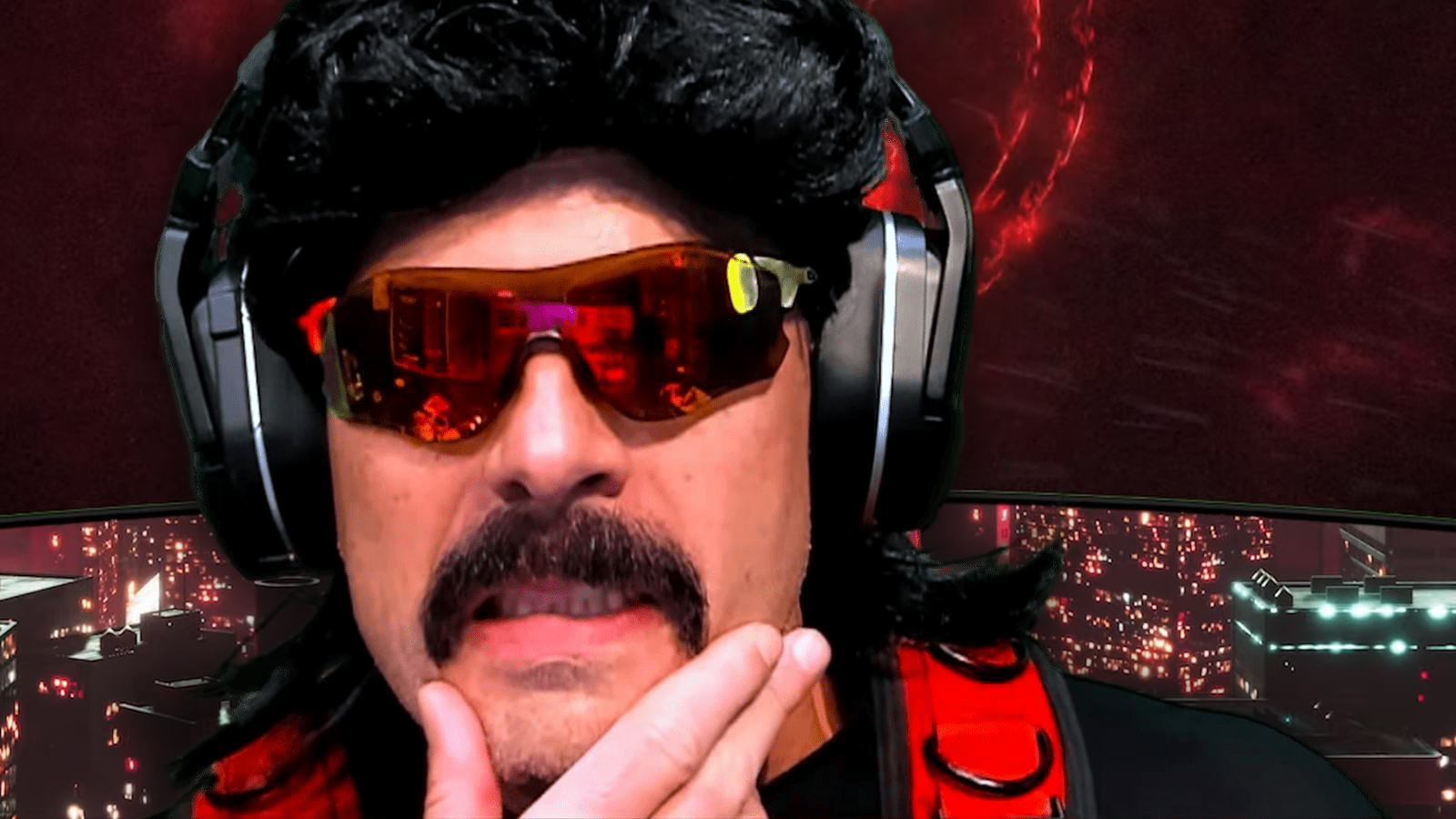 Dr Disrespect has voiced his concerns over the state of gaming in the early 2020s, claiming major developers are wasting the power their cash-rich $136 billion industry holds by releasing creatively bankrupt titles, sequels, and flops⁠—a situation the two-time fears may be impossible to escape.

On July 12, he hit boiling point and exploded: “Where are the games?!”

The explosion⁠—a Dr Disrespect classic, Dot Esports would add⁠—came midway through a PUBG stream. The two-time was busy testing the vintage battle royale’s new map, Deston, when he was overwhelmed by stream snipers.

In a rare moment of peace mid-stream, the Doc laughed. “Imagine,” he said to more than 40,000 fans, “if there’s not even any snipers. I have been going crazy lately.”

And the issue that’s driven the ever-popular YouTuber right to the edge? The gaming  industry, or more specifically, what the gaming industry is producing at the moment⁠—a whole heap of vacuous nothing, according to the Doc.

“I’’m literally going insane right now,” he admitted. “I’m going insane with our selection of games in the industry. You know? I’m going insane. I don’t see anything on the horizon that gets the hopes up either. Genuinely. Where are the games? It’s a $120 billion industry. You’re telling me I have nothing to play?

There are plenty of franchises Dr Disrespect has taken aim at in the past too. These range from his old faithful, Call of Duty⁠—a series he worked on as a map developer in a past life⁠—to Apex Legends, Fortnite, PUBG, and more.

The Doc has been ranging far and wide to find new titles to play on-stream. That search even took him as far as Fall Guys on July 9 and The Last of Us in June.

Nothing has drawn the two-time in though, at least not in a big way. VALORANT had some success, for a time. Similarly, Dr Disrespect sunk his teeth into Overwatch ranked over several weeks and played single-player sensation Elden Ring, but those games ended up being flashes in the pan too.

“I don’t hear anything, I don’t see anything coming,” he said.

“I shouldn’t say I don’t see anything,” the Doc added with a smirk, referring to his own upcoming title, Project Moon, “but for us, there’s a long journey to come.”

Dr Disrespect did concede Warzone 2 may have a chance, if Infinity Ward manages to fix all the issues plaguing the first CoD battle royale, but he’s not been kind about the follow-up’s chances in the past.

“I don’t know if Warzone 2 is going to be the big savior. There’s going to be a lot of hype. We’ll play it. But in terms of its legs, I don’t think it’ll run as far as Verdansk.”

While Dr Disrespect may be glum about the gaming industry’s upcoming 2022 offerings, plenty of other gamers are particularly excited for this calendar year.

Elden Ring was a major blockbuster release and has come and gone, of course, but the rest of the year is still stocked up too: gamers are looking forward to multiplayer upgrades like Overwatch 2 and Modern Warfare 2, co-op romps like Warhammer: Darktide and single player offerings like The Callisto Protocol, Marvel’s Midnight Suns, Pokemon Scarlet and Violet, and God of War Ragnarok too.