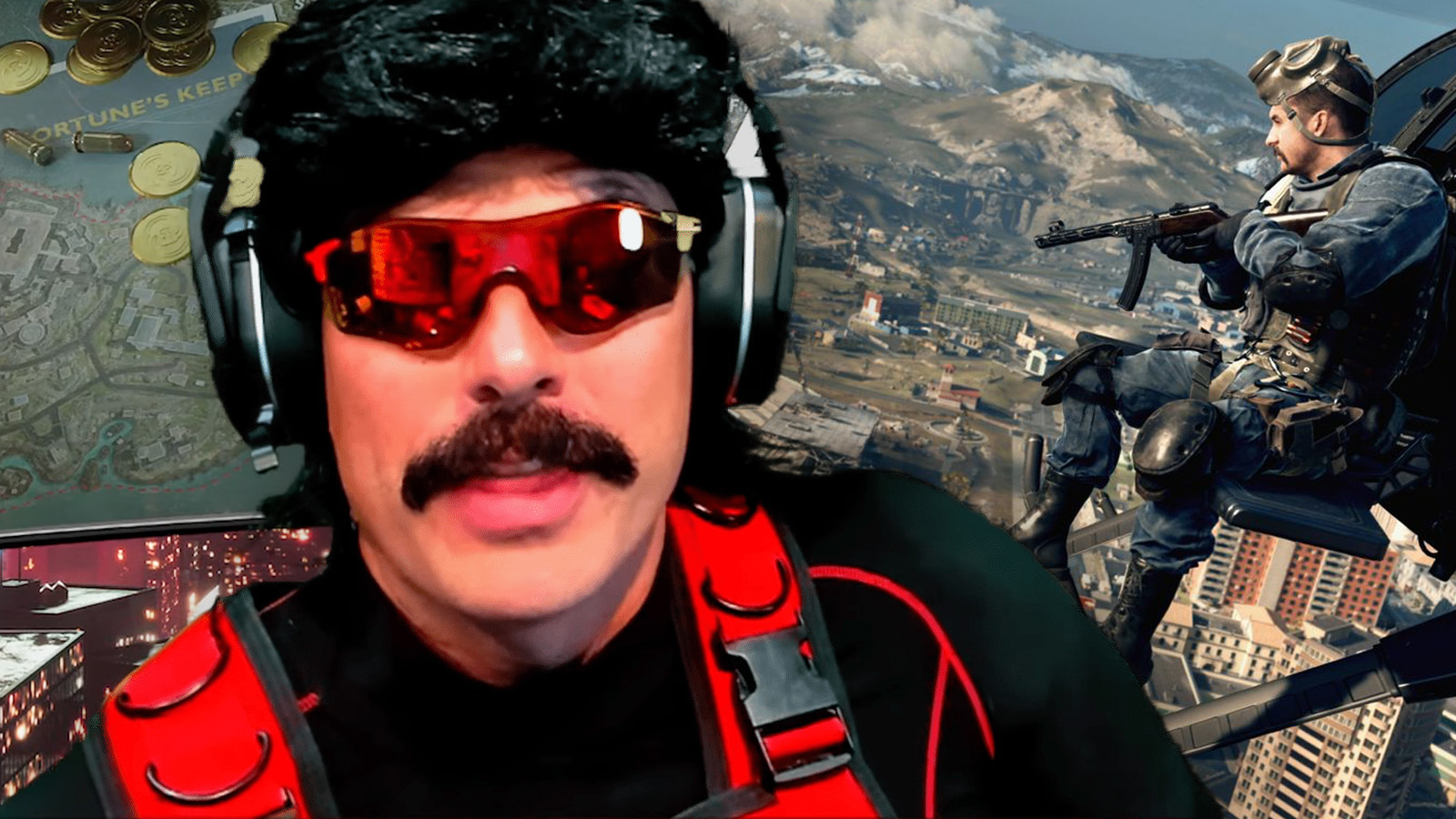 Screengrab via Dr Disrespect on YouTube and Image by Activision

As the hype around Call of Duty battle royale sequel Warzone 2 continues to build as its now-locked-in October 28 release date draws closer, famous franchise fan Dr Disrespect has admitted he’s not convinced it’ll be the ‘series savior’ many are dubbing it to be, and warns it may even fall short of its predecessor.

“I can see some initial hype,” the two-time said during his June 27 stream, “but nothing like the original Warzone map and the original Verdansk. I just don’t see it.

“I just don’t know if Warzone 2 is going to be the big savior. I think there’s going to be a lot of hype. We’ll be playing it, obviously. But in terms of its legs and how far it can run, I don’t think it’ll run as far as let’s say the Verdansk energy.”

The reason is he feels like the engine has reached its maximum potential and cannot be pushed further. So, the developers need to come up with some “crazy stuff” in terms of content to ensure its success, which he can’t see happening.

“To have all these resources in the palm of your hand, but to be limited by the potential of this engine, or the capabilities of this engine, it kind of sucks,” the two-time added. “I feel like they just need to move off of it or do some massive overhaul.”

As someone who has been a fan of the franchise ever since Call of Duty 2 was released in Oct. 2005, Dr Disrespect said he hoped it would live up to the hype and save the franchise from what he feels is a sharp decline.

However, he doesn’t expect it to be the case, although he’ll reserve judgment until he tests it. His first impression of the trailer wasn’t great. So, it’ll take a lot to sway his opinion.