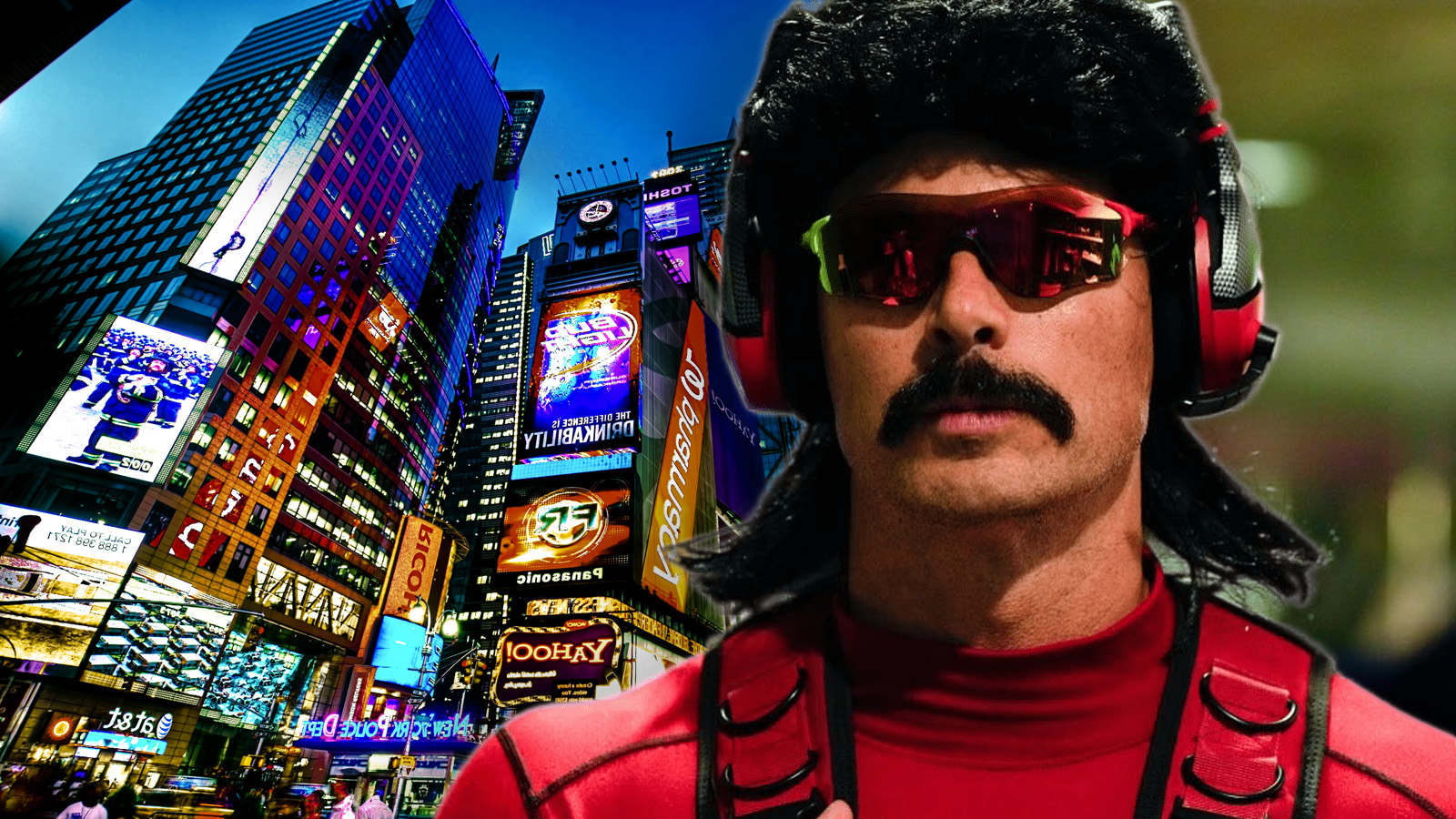 Image via Wikimedia Commons and Dr Disrespect on Twitter

As the development of Midnight Society’s first game, Project Moon, continues to progress, Dr Disrespect hired a billboard in Times Square in New York City to tease an upcoming announcement for the game.

The first frame on the billboard displayed the company’s logo alongside a futuristic skyscraper surrounded by thunder. Then, it transitioned into a black screen with a larger variant of the logo and a message: “Enter the existence. July 29th.”

Not only was the Dr Disrespect billboard seen by thousands who walked past it, but it also generated quite a buzz on social media, drawing more than 350,000 views, 10,000 likes, and hundreds of enthusiastic comments.

Related: Dr Disrespect wants to make a battle royale based around car racing

The meaning behind the message remains a mystery, though.

Whatever it is though, it’s almost certainly tied into the launch of the studio’s first title, and since the two-time announced it via a billboard, it could be something big.

At this stage, all we know about the game is that it’ll be a vertical battle royale. However, that’ll change on July 29—perhaps the Champions Club will even be able to test it ahead of its official launch.

It was the perfect conclusion to the Midnight Society New York City Meetup, which happened on June 22. The event included a meet and greet with Dr Direspect, a Q&A with him and the team, a sneak peek at the game, and more.