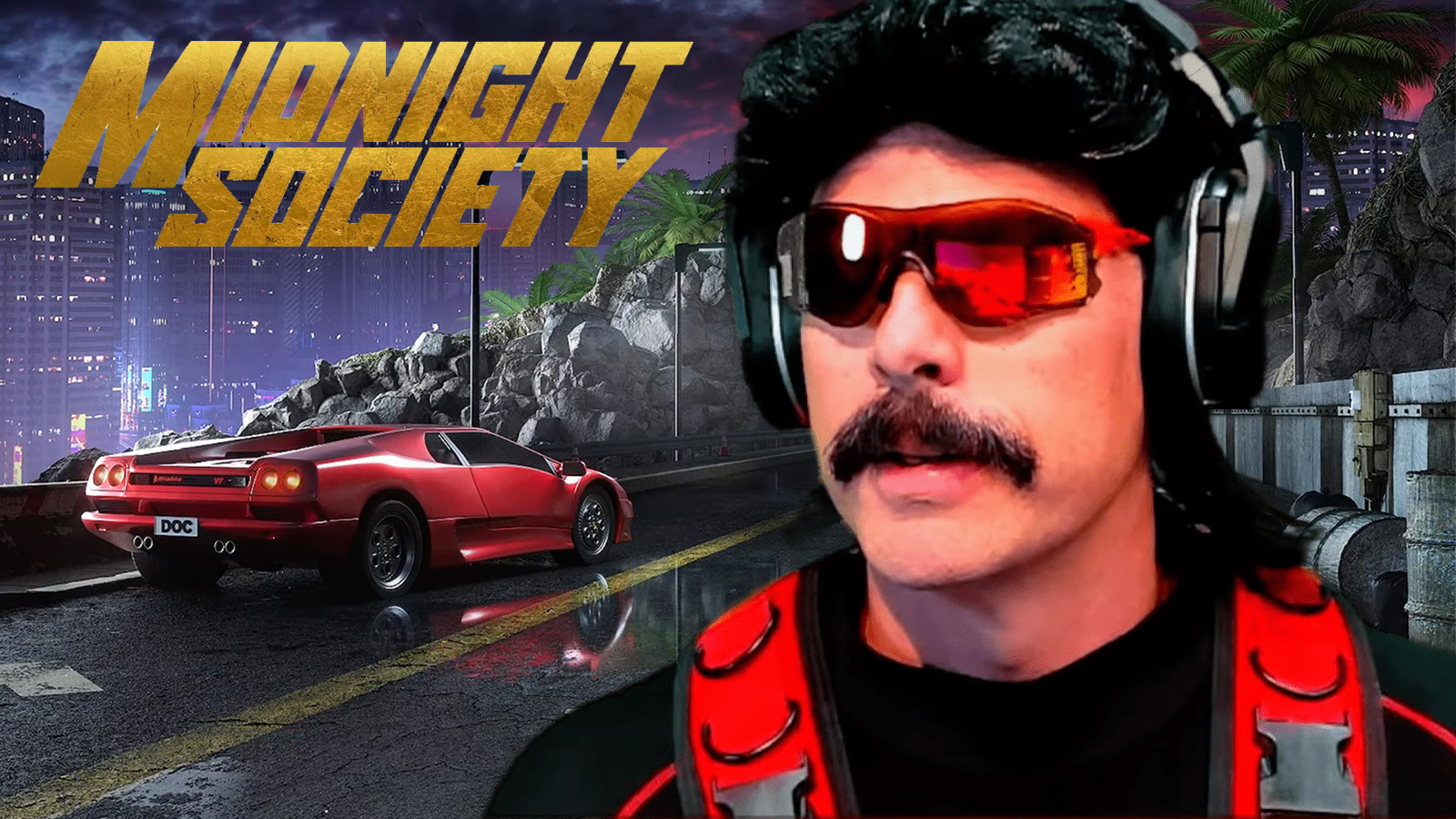 Dr Disrespect’s video game development studio, Midnight Society, has been the talk of the town since it launched in Dec. 2021. The hype ramped up after he revealed their first game, ‘Project Moon,’ a vertical battle-royale title with NFT integration—all of which will hit gaming shelves in the future.

However, the two-time is a visionary who is never short on ideas.

In fact, he’s already thinking about follow-ups. He bounced ideas around during his June 17 stream and hinted it could be a futuristic battle-royale “revolving around cars.”

“Think about a game like this, man,” the two-time said to his Champion’s Club fans. “It’s about violence, speed, and momentum. This might be the next title for Midnight Society. Who knows? But imagine a sports car game that is like H1Z1 on steroids.”

H1Z1 was one of the original games in the genre. It predated PUBG and Fortnite but was unable to maintain its player base once they took off, and has since transitioned into Z1 Battle Royale, but it’s more or less dead by now.

Still, Dr Disrespect loved some elements of its gameplay. He wants to expand on them in his new idea, while mixing them with other things. For example, it would take place in a downtown district filled with players racing souped-up cars, likening it to something like Need for Speed and GTA V but with a competitive battle-royale feel.

“It would be kind of over-the-top and arcadey in the sense of acceleration and burnouts,” he said. “But when you hop out, you’ll pop super precision shields. I’m not talking Apex Legends shields. Something in between H1Z1 and Warzone.”

The two-time has become increasingly dissatisfied with the titles dominating the first-person shooter and battle-royale space. He’s also felt underwhelmed by the Call of Duty: Modern Warfare II reveal. So, he’s hoping to change that himself.

Midnight Society’s first game is still in development. So, Dr Disrespect’s idea for this game won’t come to fruition anytime soon. It might not even happen.

However, it is a sign the YouTuber’s thinking ahead and isn’t afraid to innovate.