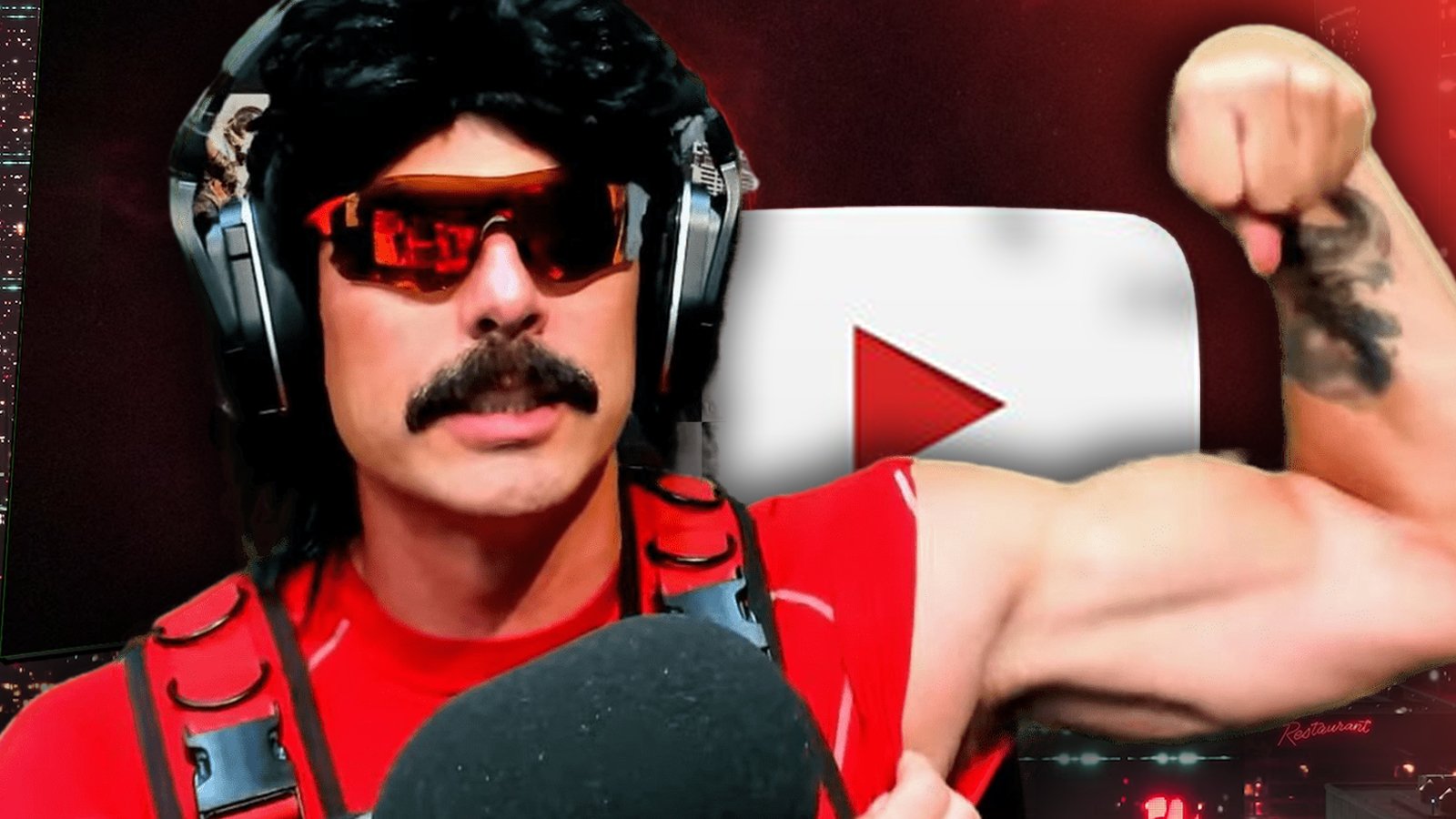 Dr Disrespect has hit a mega milestone on YouTube, racking up over four million followers—or rather “four billion,” according to the Doc—less than two years after a shock Twitch ban permanently barred him from streaming on the Amazon website where he first built his gaming fame.

When he was exiled from Twitch in June 2020, the two-time boasted just 90 million subscribers on YouTube. He mainly uploaded highlight clips on the website.

In classic Dr Disrespect fashion, the Doc didn’t have a timer, countdown, or major celebratory stream for the milestone either. Where other Twitch or YouTube creators would have themed a broadcast around cracking the monster mark, the two-time just stuck to playing Warzone during his July 5 stream.

When the milestone was mentioned, he had a YouTube joke ready.

“Yeah, it’s been incredible,” the two-time said, layering sarcasm into his response. “Last few years, to get all that YouTube support, it’s been absolutely amazing.”

The spectacled, body-suit-wearing streamer has famously butted heads with the YouTube Gaming bosses over the past two years. Dr Disrespect believes the Google-owned site does “little” to support creators and even went so far as to unfollow media accounts last May to show his displeasure.

“For YouTube Gaming to really support me with everything here on the platform,” Dr Disrespect continued, “is just really amazing. It’s been an absolute run, really!”

The Doc did eventually celebrate the moment in a more serious manner too. First, he posted an image of his “special, one of a kind, red and gunmetal” YouTube button to celebrate the milestone. Then he dished out an honorary “yayayayaya!” for the thousands in his chat room.

“Four billion! I kind of knew [it was coming] so I brought out the DSL camera while I was having a black steel bourbon, got a little picture taken. Firm handshakes.”

The past 24 months on YouTube have been nothing short of monstrous for the two-time, who was left picking up the pieces in the weeks after his Twitch suspension.

On top of his 310 million new followers, Dr Disrespect has managed to grow his average hours watched by more than 48.7 percent, according to aggregating site StreamHatchet in a February study. Besides his averages, the Doc has hit higher peaks too⁠—a 500,000 viewer high water mark compared to 388,000 while on Twitch.

In Aug. 2021, the star revealed he was suing Twitch over his ban.

Eight months later, the dispute was “resolved,” with neither party admitting any major fault. While it didn’t change his suspension⁠ at all—the two-time is still permanently banned⁠—the streamer was absolved of any possible wrongdoing.

Related: Everything we know about Dr Disrespect’s mysterious Twitch ban

On his perma-banned Twitch profile, the Doc had 4.4 million followers.