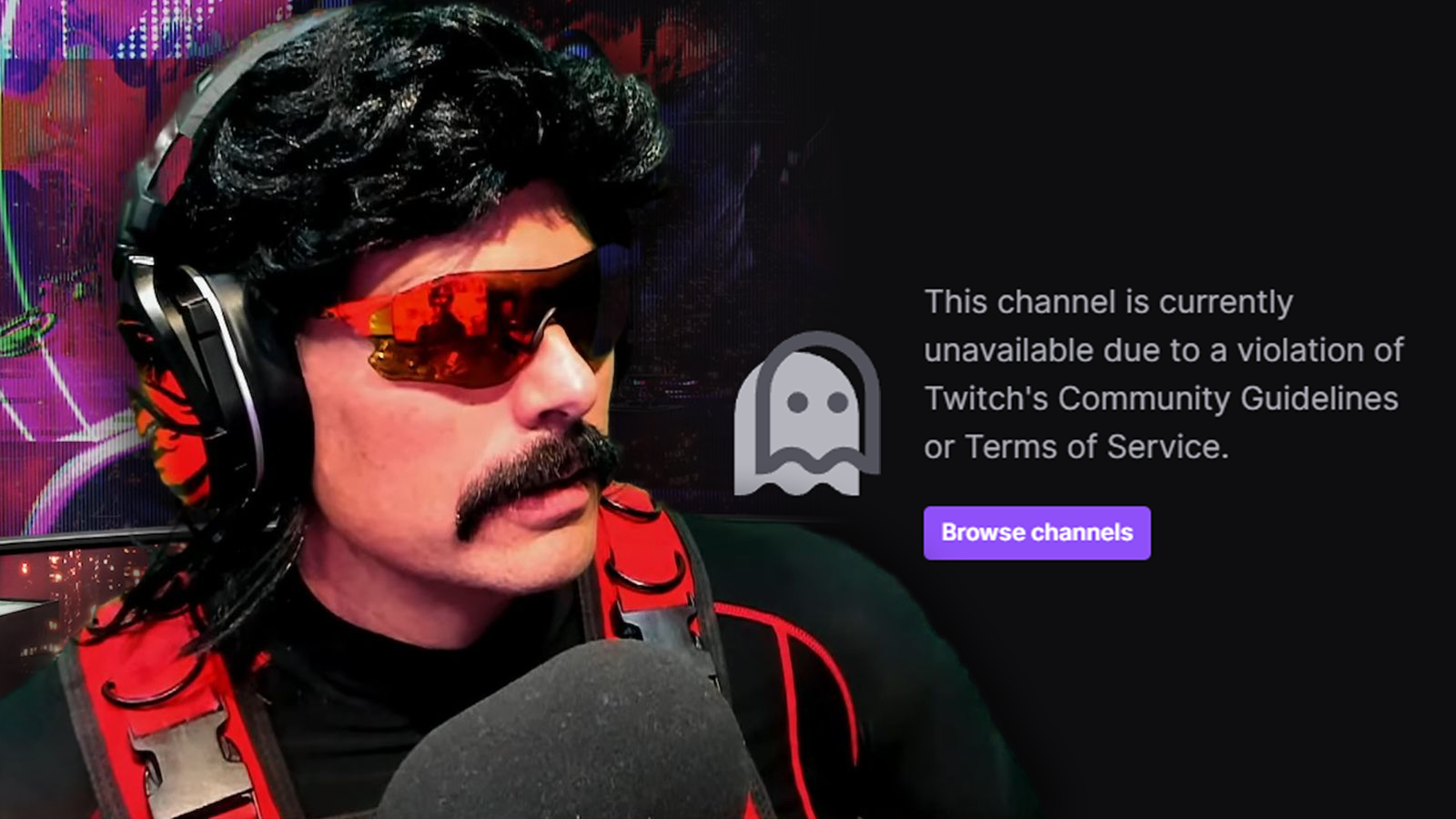 Nearly a week after settling his lawsuit with Twitch, banned streamer Dr Disrespect remains unable to stream on the Amazon-owned video platform in any capacity⁠—and it’s looking likely that won’t change any time soon either.

On March 10, the two-time revealed he and Twitch had settled their dispute after months of back and forth behind the scenes. Dr Disrespect was banned from the streaming platform in June 2020⁠—for reasons still unknown⁠—and opened legal proceedings against the company over the ban in late August last year.

Now, eight months later, Dr Disrespect says the dispute was “resolved” with neither party admitting any wrongdoing. Despite all that, however, the Doc remains banned.

When Twitch users go to access the star’s channel, DrDisRespect, they are greeted with an error message. It reads, “This channel is currently unavailable due to a violation of Twitch’s Community Guidelines or Terms of Service.” That same message has been listed on Dr Disrespect’s profile for 22 months.

Don’t expect that to change any time soon, either. The reason for this is twofold. One is Twitch’s ban still stands. The Doc may have been cleared of any “wrongdoings” regarding the suspension, but the suspension remains all the same.

The second is Doc’s relationship with Twitch has fallen apart completely. “In response to all your questions,” the star wrote on Twitter, “the Doc will not return to Twitch.”

Despite being blocked from the top streaming site, Dr Disrespect has continued to go from strength to strength in recent months. Between Feb. 2021 and Feb. 2022, the gaming star clocked up 1.9 million hours watched each month and hit a high watermark of 2.69 million hours in his biggest month cycle.

These numbers earned him a 48 percent increase on his first year on YouTube, stats site StreamHatchet reports, and a higher peak record than he ever hit on Twitch.

One big question has come from the legal dispute ending⁠—while it’s clear the two-time has no intentions to trade red for a purple-branded comeback, many of his old accomplices still stream on Twitch.

So can the Doc play with those Twitch stars?

As far as Dot Esports understands, no. Twitch’s rules regarding the broadcasting of any banned streamers are clear, and Dr Disrespect does remain a suspended star on the Amazon site. Twitch’s guidelines now read, “It is prohibited to use your Twitch channel to knowingly feature or advertise a suspended user.”

This means until Dr Disrespect’s old account is actually unlocked⁠—not likely anytime soon⁠—he cannot stream with other stars like Shroud, NICKMERCS, and more.