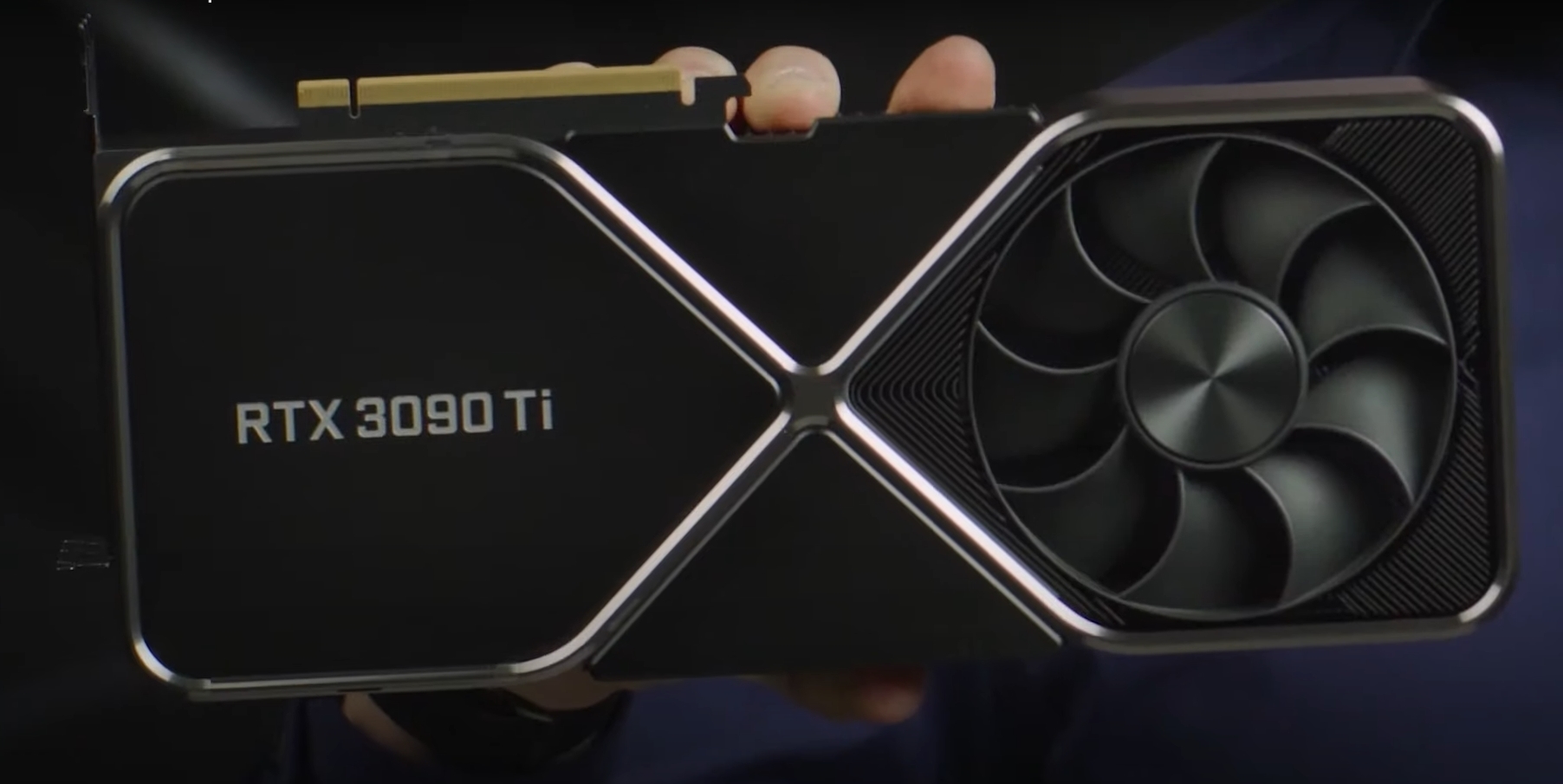 As Nvidia wound down the gaming portion of its CES 2022 Special Address today, it seemed as though all viewers would get was the RTX 3050 announcement. But Nvidia had one more surprise in store with the RTX 3090 Ti reveal.

After rumors swirled around Nvidia’s upcoming relesases this past December, the reveal of the RTX 3090 Ti isn’t exactly the biggest suprise. The company had yet to give its RTX 3090 powerhouse the Ti treatment, so it seemed like only a matter of time after rumors popped up. Still, the improvements between the standard RTX 3090 and the RTX 3090 Ti look to squeeze every possible ounce out of its design.

Nvidia didn’t touch on clock speeds, but the rumors place them at 1,560MHz with a boost clock of 1,860MHz. If this holds true, then the RTX 3090 Ti will see about an 11 percent increase. Likewise, the boost clock speeds are up nine percent.

No release or pricing information was released during Nvidia’s CES Special Address but Nvidia will release more details later this month. Considering the $1,499 price tag of the RTX 3090 at launch two years ago, there’s a case for this card landing somewhere around the $2,000 mark. But as it goes with any GPU, the MSRP likely won’t hold and the price may predictably soar upon release.