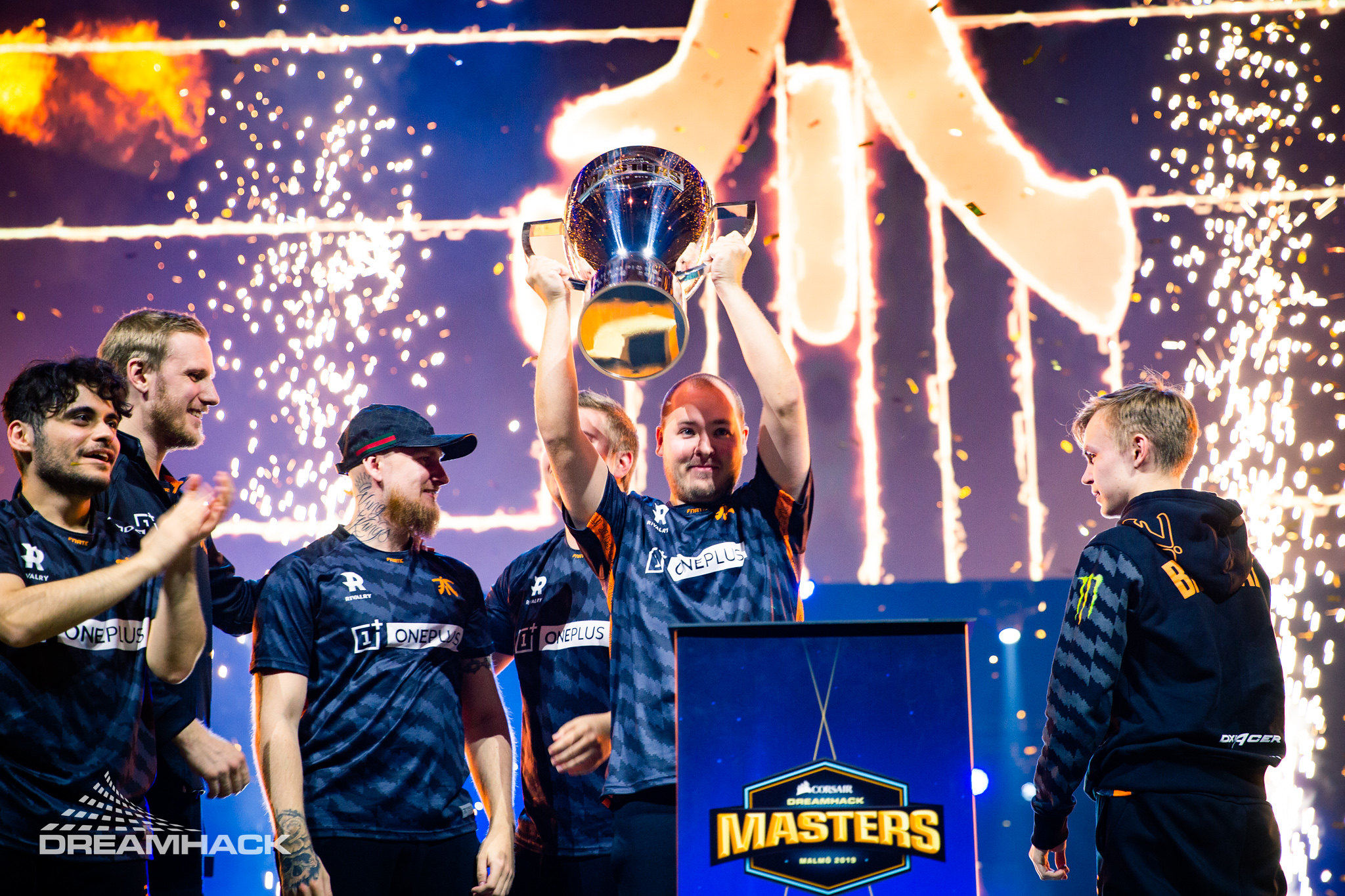 There are always risks when it comes to making roster changes in any esport.

We’ve prepared a list of seven great roster moves that happened in CS:GO in 2019. Some of them happened ahead of 2019, while others took place during the season.

Here are the seven best CS:GO lineup changes of 2019.

G2 was having another embarrassing season in CS:GO when the org decided to partially pull the plug on its French roster after the StarLadder Berlin Major in September. Richard “shox” Papillon and Lucas “Lucky” Chastang left to open space for two players who were shining on CR4ZY: Nemanja “nexa” Isaković and Nemanja “huNter-” Kovač.

Although G2 haven’t won any tournaments yet, these two new players are playing particularly well—especially nexa, who’s also revamping G2’s tactics. G2 may make another roster change, though, because the squad has some communication problems since three of its players were used to speaking in French.

6) AVANGAR: Experience can be everything

The CIS team had some good runs in 2019 when they still had Bektiyar “fitch” Bahytov in the lineup. They won DreamHack Open Rio in April, but they became a better team after adding PGL Kraków Major winner and MVP Dauren “AdreN” Kystaubayev in June.

AdreN gave a much-needed experience boost to the young roster and helped the squad enter HLTV’s top 10 for the first time after they were runners-up at the StarLadder Berlin Major and won BLAST Pro Series Moscow in September.

5) Vitality: Bringing ALEX in to lead their T-sides

Alex McMeekin signed with Vitality in December 2018 and took Vincent “Happy” Schopenhauer’s place. The French powerhouse was slowly getting better when ALEX was leading the team’s T-sides and Nathan “NBK-” Schmitt was responsible for their CT setups.

Vitality were the best team in the world in the middle of the season when they won two events in a row, cs_summit four against Team Liquid in May and ECS season seven finals against FURIA in June. But the squad’s chemistry fell apart at the StarLadder Berlin Major in September and NBK- was replaced by shox right after—a roster change that hasn’t paid off yet.

4) Mousesports: Choosing karrigan to rebuild its roster around ropz

By the end of the season, the roster still looked like other mousesports’ lineups: talented, but inconsistent. But everything clicked for the international squad in November and December. They won two tournaments in a row, the CS:GO Asia Championships and one of the most-stacked LAN events of the season, ESL Pro League season 10 finals.

Those wins instantly made mousesports a top-five team in HLTV’s world rankings and proved that karrigan is still capable of building a team from scratch and making them one of the best in the world.

3) Evil Geniuses: Tarik and stanislaw were the answers

This team made its first roster change in 2019 after the IEM Katowice Major in February when they were still playing for NRG. Tarik Celik came from MIBR to replace Jacob “FugLy” Medina, but that itself didn’t cause the team to reach grand finals and become a top contender for trophies.

Things really started to change after the org benched Damian “daps” Steele in June to sign Peter “stanislaw” Jarguz from Complexity so he could revamp the team’s tactical system. The North Americans played much better at the StarLadder Berlin Major, but they were still knocked out in the semifinals.

Another massive factor was moving from NRG to EG ahead of ESL One New York in September. That seemingly gave the team a confidence boost. They beat Astralis in the grand finals to win their first tournament in 2019. EG ended up winning one more trophy at StarSeries i-League season eight finals and became the world’s best team for the first time.

The team ran out of steam at the end of the season and failed to keep their top spot. But with rest and preparation, EG could keep fighting for trophies in 2020.

Fnatic was having its worst year in CS:GO. The team didn’t play at any of the Majors when the organization made a heavily criticized bet in September: bringing back Maikil “Golden” Selim and Robin “flusha” Rönnquist to replace Richard “Xizt” Landström and Simon “twist” Eliasson.

Flusha is one of the most successful CS:GO players, but he was coming off a long six-month break from competitive play. Golden, on the other hand, failed to transform Cloud9 into a good team. None of that mattered, though. The Swedish squad instantly found good results and won DreamHack Masters Malmö in October.

That run was proved to not be a fluke and Fnatic will finish the year in HLTV’s top three after they were the runners-up at the StarSeries i-League season eight finals in October and the EPL season 10 finals in December. The Swedes could sharpen their game in 2020 to win more trophies and become the best team in the world once again.

1) Team Liquid: How much of a difference can one player make?

Liquid had a stable year in 2018, so some fans thought it was an error to let Epitacio “TACO” de Melo and longtime head coach Wilton “zews” Prado go to MIBR in exchange of Jake “Stewie2K” Yip. Erik “adreN” Hoag, a former CS:GO pro who played for Liquid, was also hired to be Liquid’s head coach.

But Stewie2K is a winner and probably North America’s greatest CS:GO player of all time. He was Cloud9’s best player when they surprised everyone and beat SK Gaming at the ESL Pro League season four finals 2016 in Brazil. He also massively helped C9 beat FaZe in the ELEAGUE Boston Major grand finals in January 2018, helping his squad become the only North American team that’s won a Major so far.

Liquid became a deadly team with Stewie2K since he’s capable of playing any role that the team needs. The North Americans had an amazing run in the first part of the season, winning six major tournaments in a row and scooping the Intel Grand slam season two and its $1 million prize pool.

Although Liquid didn’t perform as well throughout the rest of the year, only a powerful team is capable of winning that many premier LAN events in a row. They could certainly bounce back and become the best team in the world once again next year.