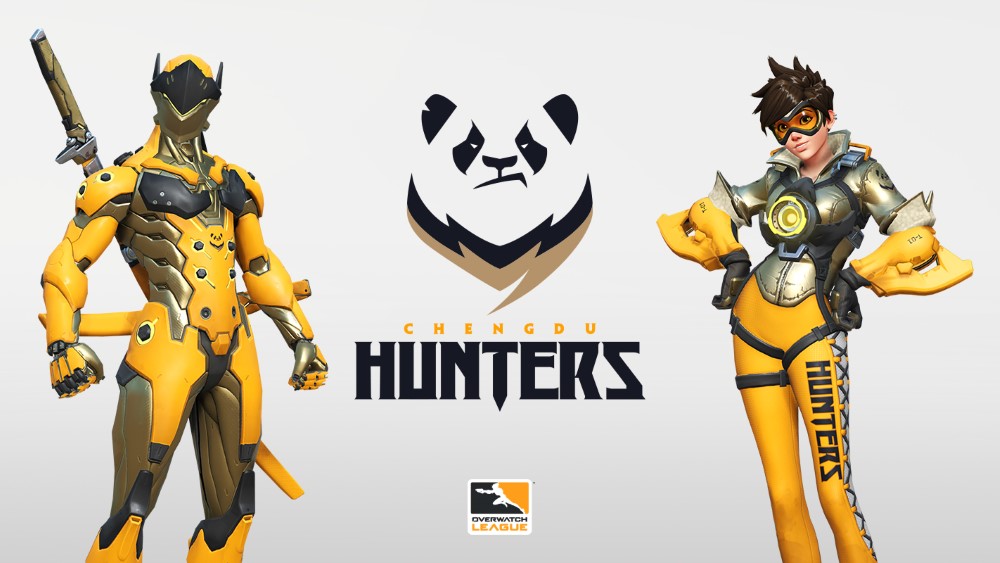 One of the Overwatch League expansion teams has officially revealed its team name and branding roughly three months before making its league debut.

The team based in Chengdu, China will compete in OWL under the name of Chengdu Hunters, the organization announced today. Hunters’ logo sports a color scheme that’s similar to Seoul Dynasty, and it may beat out Dynasty’s animal mascot logo. Chengdu’s logo features a not-very-happy panda, but it’s not too menacing.

While Hunters will have an uphill battle when it faces Dynasty and its other Pacific Division opponents in the Overwatch League, at least it will have one of the better logos in the entire league.

Chengdu and its fellow expansion teams will have their first shot at competing in the OWL in February, when the league returns for its second season. The Overwatch League officially confirmed eight more teams would be joining the league heading into 2019, which included Chengdu and several other cities across the globe. Other expansion teams that have already been revealed include Atlanta Reign, Toronto Defiant, Paris Eternal, and Guangzhou Charge.

Related: Names and logos for some new Overwatch League teams have apparently been leaked

The unveiling of the expansion teams’ names and logos were spoiled, though, when the new teams were leaked on Nov. 7 via a Blizzard mobile app.

Chengdu Hunters and the other expansion teams will officially begin OWL play when season two starts on Feb. 14 at Blizzard Arena Los Angeles in Burbank, California.