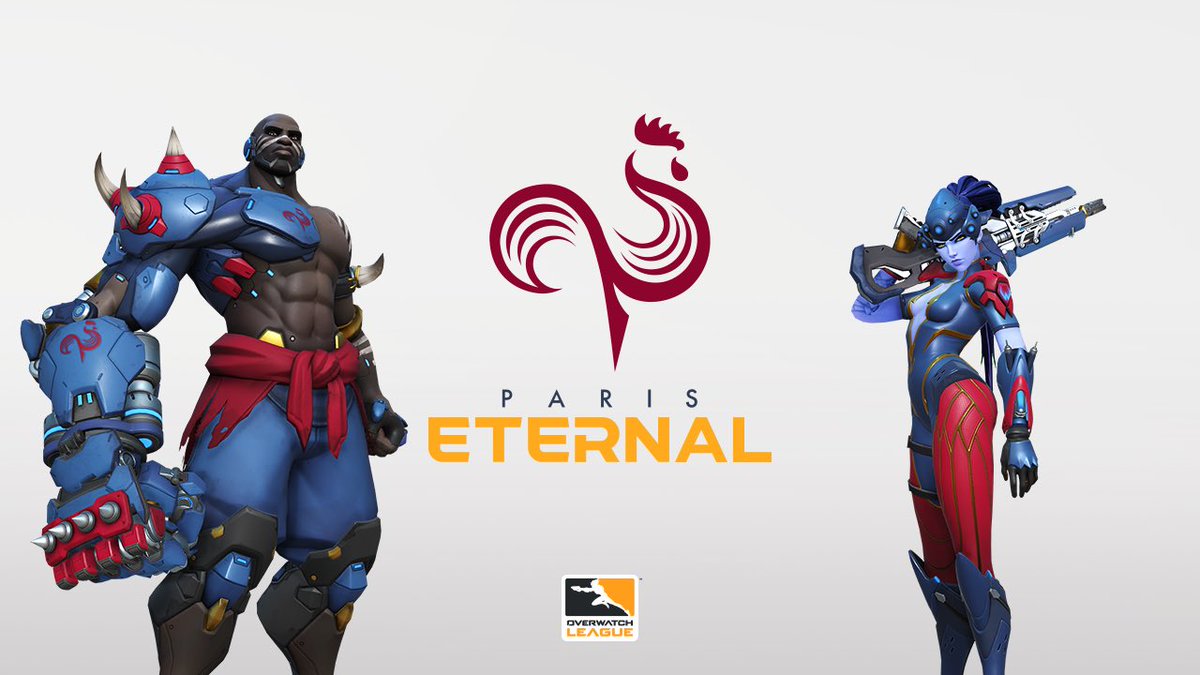 Owned by DM Esports, Paris Eternal’s color scheme is made up of gold, blue, burgundy, and white. The team’s logo is a burgundy-colored gallic rooster, which has long since been France’s “national symbol,” Eternal explained in its press release. Incorporated into the shape of the rooster’s body is the infinity symbol, a call-back to the Paris Eternal name.

To celebrate the brand and name reveal, Eternal held a live reveal event in Paris’ Wagram pavilion. Open to the public, the event featured many notable names including the OWL commissioner Nate Nanzer, and the entire Eternal roster, which was announced last month. During his time on stage, Nanzer announced that in 2019, the OWL will now extend its schedule to Sunday. Fans attending the reveal event had the chance to play against the Eternal team in fun showmatches.

Eternal is one of the eight new expansion teams joining the OWL for the 2019 season. Among the expansion teams, only Toronto, Atlanta, and Paris have revealed their team branding. Vancouver, Washington, D.C, Hangzhou, Chengdu, and Guangzhou are the remaining teams without team names and logos.