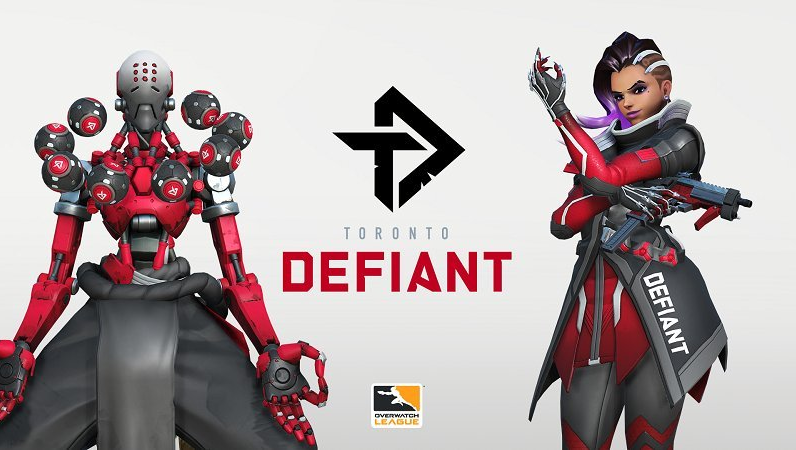 Owned by OverActive Media and in partnership with esports organization Splyce, Toronto Defiant showed off its new branding at a fan event held in Toronto, Ontario in Canada. “We thought [the brand] was just a really great capture of the history of our city,” president and CEO Chris Overholt told Dot Esports. “We wanted to make sure Toronto set itself apart in a lot of ways… the inclusivity of the city, the multiculturalism of it. It’s a global city. It’s an international city. We wanted that captured in the way we positioned the brand.”

Branding was completed with help from the Overwatch League and a Toronto firm, Diamond Marketing. The logo is bold, colored with red, black, white, and grey. The bold design takes inspiration from the name’s abbreviations, a “T” and a “D,” unified in one mark. Diamond Marketing partner Josh Diamond said the team wanted to stay “authentic to the avid gamer.”

“Recently, our city has gained tremendous notoriety for being exporters of culture, just as gamers continue to defy odds, so too does Toronto,” Diamond said. “And it’s those aspects of our collective identities that we wanted to celebrate in our brand.”

The Overwatch League is scheduled to begin on Feb. 14. Expansion teams are expected to roll out their new branding ahead of the season two launch. The season two roster signing period is ongoing, with all teams open to signing and trading players.