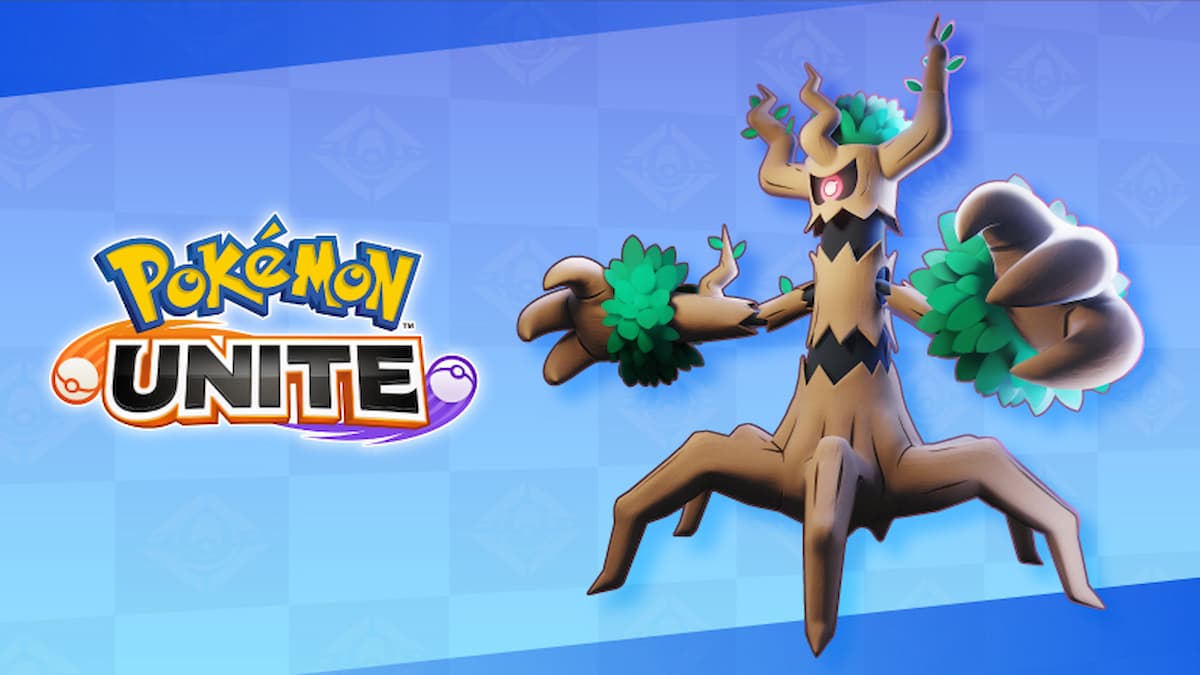 We knew that the next Pokémon UNITE update was going to be sizable, but not only did we get Trevenant added to the game, but a new Pokémon UNITE Championship Series mode has been pushed live alongside the usual balance patch which has completely reworked Garchomp and Gengar.

This Championship Series mode was mentioned briefly when UNITE producer Masaaki Hoshino talked about the game being featured at the Pokémon World Championships 2022, and it uses a custom ruleset toggle that allows players to “even the playing field.”

Along with the ability to host an entirely private lobby, the host can set all Held Items to the max level and unlock all Held Items, Battle Items, and Unite Licenses, ensuring every player competing has the same resources available to them. This will make hosting tournaments much easier and set the stage for a comprehensive competitive scene to begin thriving in the coming months. 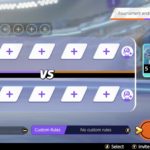 The current tournament season listed in the Championship Series mode ends on April 27, with more information likely to be announced soon.

A similar Custom Battle tab has also been added to the main Unite Battle menu, which allows players to invite up to nine other players and five admins to the room and play in five-on-five or four-on-four battles.

As for the version 1.4.1.2 balance update, Dragonite and Tsareena both received nerfs, which was well deserved since they held two of the top five spots in the usage rankings for top Master Rank players. Dragonite specifically was a menace in the right hands and now players are less likely to dominate with Hyper Beam, while Extreme Speed was buffed to try and up the move’s usage over Dragon Dance.

Talonflame and Lucario also received some slight nerfs while Machamp, Decidueye, and Charizard all got some nice buffs that will likely help them become more viable in ranked battles.

The two biggest updates hit Gengar and Garchomp, with both Pokémon getting sizable reworks.

Gengar’s update mostly focused on changing which level certain moves will be learned and upgraded at, while decreasing the overall damage done by Hex. It’s unclear if this rework will see the Pokémon become more viable, but it’s something to keep an eye on.

Garchomp had all four of its main attacks changed at their fundamental level in hopes of providing it with more weapons to rival the other All-Rounders that made it almost useless in the previous version. For example, Dragon Rush now chains Dragon Rush and Dragon Claw to create a combo attack, Dig will now increase the user’s Defense and Sp. Def for a short time, and Earthquake deals staggered damage and slows enemies.

Along with the update, tons of new Holowear was also added to the game, including Armor Style: Charizard and Starry Night Style: Crustle and Blissey. A Lunar New Year Sale is also live, discounting some Holowear in the shop, while Festival Style: Pikachu is available as a reward for all players in the Event tab.

Some general user interface changes have also been pushed live in this update, including a change to the move selection options during battles and the Quick Chat wheel, which has swapped out several presets. Special Missions and a new UI were also added to the battle pass tab too.