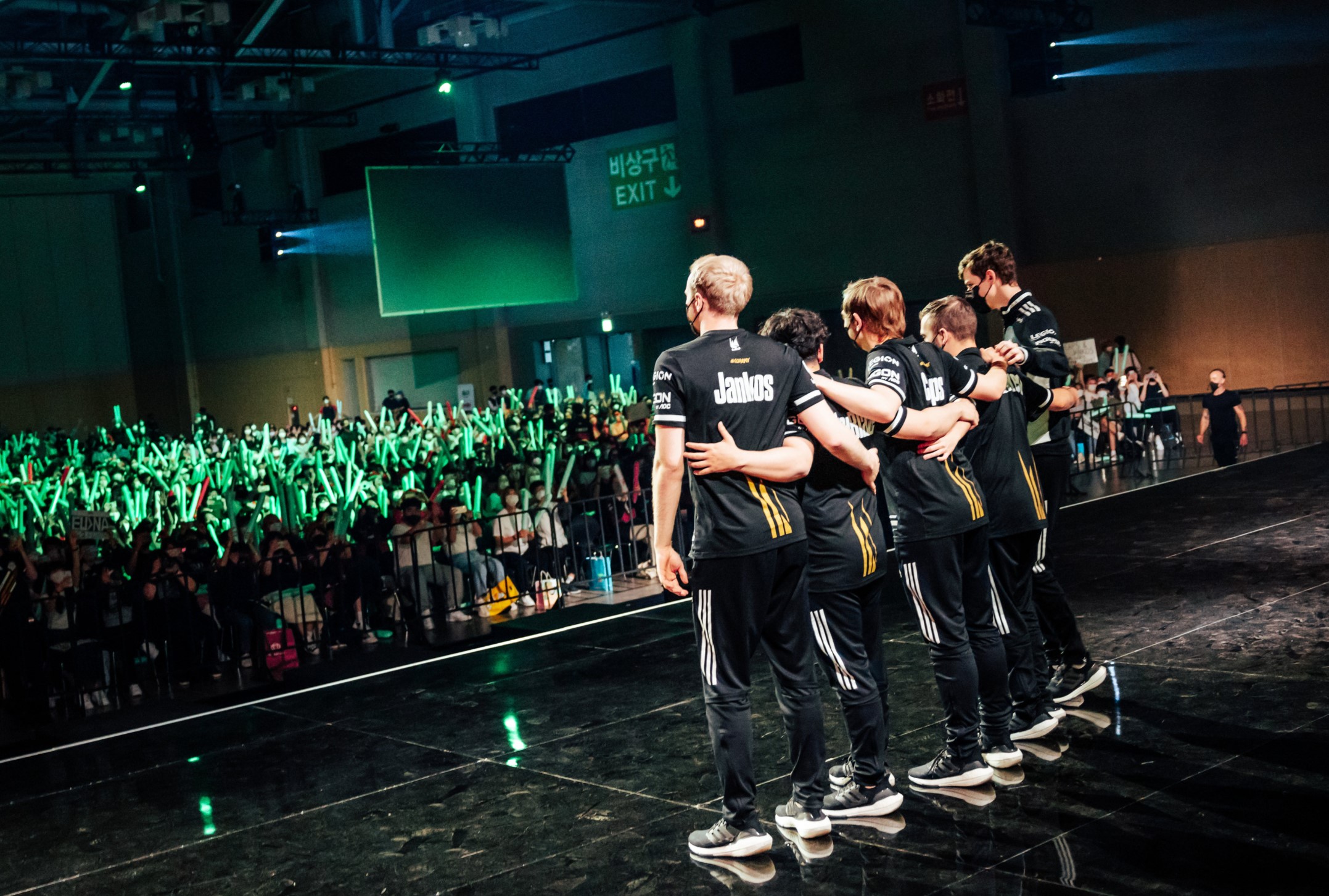 G2’s 24-game winning streak came to a close during the rumble stage of this year’s Mid-Season Invitational, closing the book on one of the longest stretches of continued dominance by a single team in competitive League of Legends history.

Across the course of their six-week-long streak, G2 averaged nearly 20 kills per game at an average mark of 19.8, while holding their opponents to an average of 9.2 kills per game, effectively doubling up the competition nearly every time they took the stage. Additionally, G2 earned approximately 63,000 gold in each of their games, winning each of their matches across the streak by an average of 9,000 gold, according to League stats site Games of Legends.

Perhaps the most impressive statistic to emerge from G2’s streak came in the form of objectives, as well as the way G2 defended their own side of the map. On average, G2 held their opponents to just over 3.5 towers per game during their 24-game run, while limiting enemy teams to five or fewer towers in 20 of the 24 victories, according to Games of Legends. Additionally, G2 never allowed their opponent to claim a Dragon Soul during the streak.

G2’s winning streak began on April 1 in the first round of the LEC Spring Split playoffs’ lower bracket when the team defeated Vitality to begin their run toward the ninth LEC title in franchise history. They rounded out the domestic portion of their schedule with 12 straight wins, then doubled that number with 12 more wins to open the Mid-Season Invitational—eight in the group stage and four in the rumble stage.

G2’s winning ways were quickly countered in the rumble stage when the team lost five in a row, nearly placing them on the brink of being eliminated from MSI altogether. The team remedied their recent losing streak with a win over Evil Geniuses—a team they’ve beaten six out of six times at the tournament—in the final game of the rumble stage. G2 went 4-1 in the first round robin of the rumble stage while mirroring that performance with a 1-4 record in the second round robin.

G2 will return to play at MSI for their knockout stage match against T1 on Saturday, May 28.