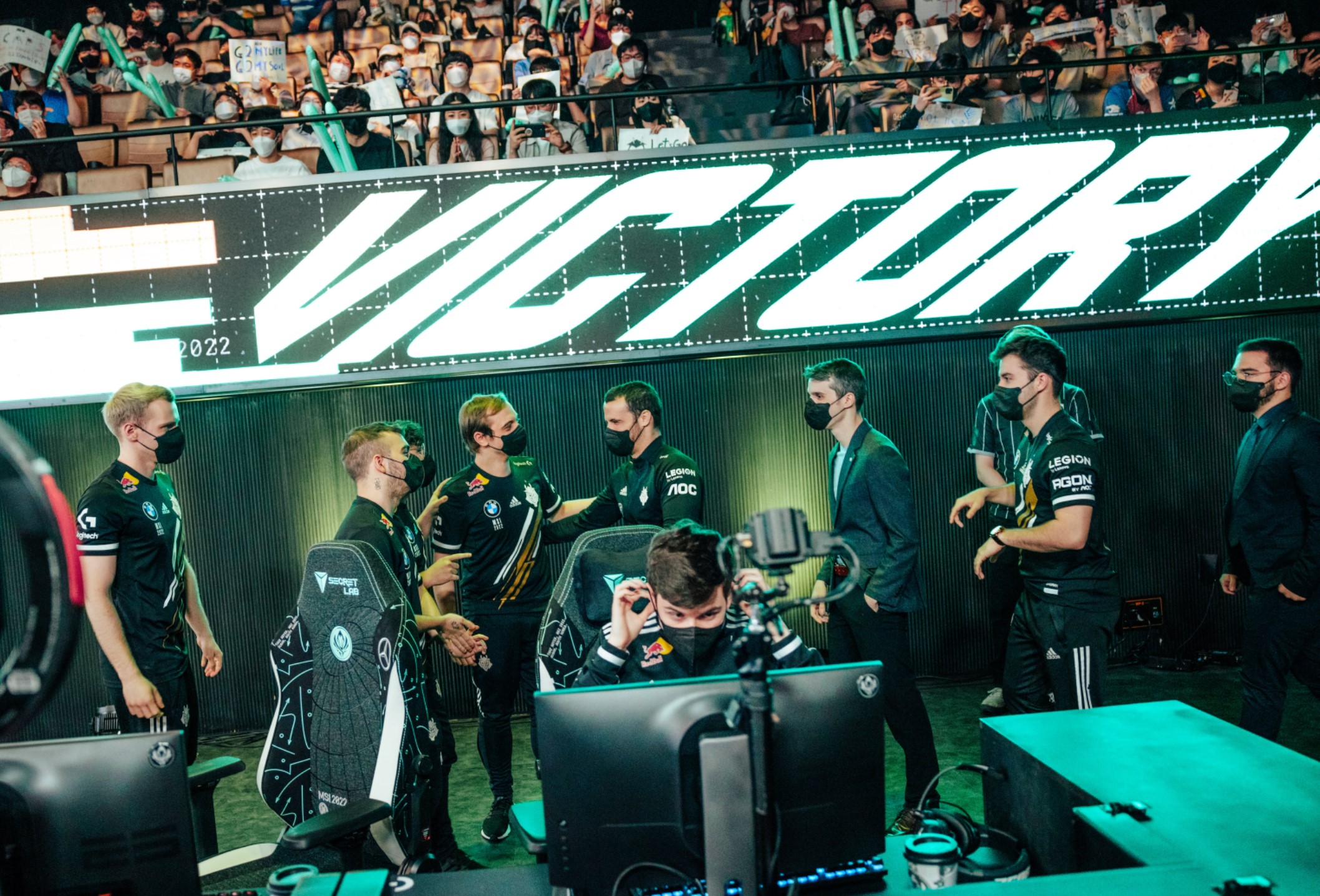 G2 Esports completed a perfect group stage run at this year’s League of Legends Mid-Season Invitational, winning all eight games of the tournament’s initial phase. With eight straight wins to open MSI and 12 more consecutive victories en route to their LEC Spring Split title earlier this year, G2 are in the midst of a 20-game winning streak and haven’t lost a game since the first round of the LEC Spring Playoffs against Fnatic on March 26.

G2 only had to play against two opponents during the MSI group stage, North America’s Evil Geniuses and Oceania’s ORDER. They defeated both teams four times each to finish the group stage with a record of 8-0. In their final game against ORDER, G2 had a little fun with their team composition. Flakked piloted an unorthodox Sion pick in the bottom lane, while Jankos picked Sejuani, a champion he hadn’t played since the 2020 LEC Summer Playoffs, according to League stats site Games of Legends.

G2’s MSI performance has been clinical thus far. The team are averaging just over 20 kills per game, the second-most of any squad at MSI, while Flakked, Caps, and Targamas each rank in the top 10 among all MSI players in KDA with marks of 16.8, 8.5, and 6.8, respectively, according to League stats site Oracle’s Elixir.

G2 join 2015 SK Telecom and 2021 Royal Never Give Up as the only teams to go perfect at the MSI group stage. Both of those teams would go on to reach the grand finals of their respective tournaments, with RNG winning the event altogether last year.

G2 will return to play at MSI when the rumble stage begins on Friday, May 20.