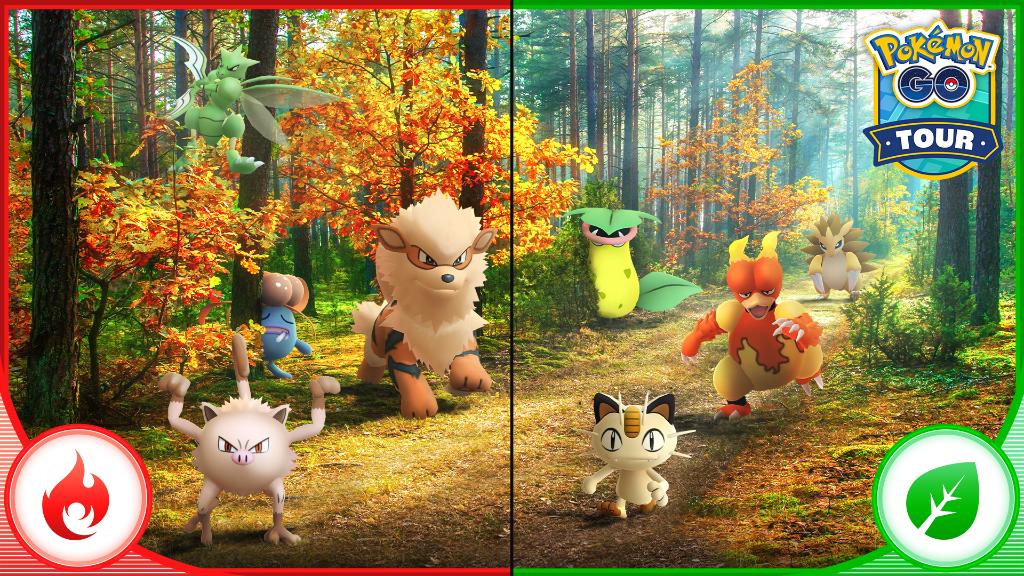 As part of the Pokémon Go Tour: Kanto, there are 10 different Collection Challenges that players are being tasked with completing.

The Collection Challenge works a bit differently than Field or Special Research tasks. All you need to do is capture certain Pokémon to complete them and get the various rewards.

Each Collection Challenge focuses on something different, with some using version-exclusive Pokémon for the event, while others require evolutions instead of just catching a Pokémon. There is even a set of them that run on location-themed hour blocks that have different generation one Pokémon spawning in the wild, which are being attracted to Incense.

Because there are so many parts to the Kanto Tour, including new Field, Timed, and Special Research, here is a list of each different kind of Collection Challenge and how they work.

Since Pokémon Go Tour: Kanto has players pick between in a Red or Green version, there is a Collection Challenge themed for each of them.

They focus on event-exclusive Pokémon, but anyone can complete the challenge as long as they trade with friends to get the Pokémon not spawning in their chosen version, which is why these are also being called the “Trade” Collection Challenge.

Instead of only having challenges that require capturing Pokémon, the Evolve Collection Challenge tasks players with catching and evolving one of every Kanto evolutionary line and evolving them into their final stage.

This doesn’t apply to Pokémon like Electabuzz or Magmar since they didn’t get evolutions until later games, so the number is cut down by at least a few from the original 151.

Even some capture-related challenges will swap things up, with these challenges focusing on Pokémon found in Raids or through one of the many event-exclusive research tasks. One even requires you to capture four different Legendary Pokémon.

The most extensive portion of the Kanto Tour’s Collection Challenges is the location-themed hour blocks that rotate between five different areas found in the original Pokémon games.

Each location is featured for an hour before the spawns change and focus on the next area, which will happen twice during the event. Near the end of the day, a combined, two-hour block will run, featuring Pokémon from all previous hours to help players finish things up.

As an added bonus, each hour will rotate overworld music, adding in music inspired by the original game. The soundtrack was put together by Junichi Masuda, Pokémon’s original soundtrack composer.

And just because there are so many tasks, that doesn’t mean you need to get them all done at once. Niantic was aware that all of the content being added for a one-day event wasn’t going give players enough time to finish it, so there is an extended Kanto-themed event that will carry these challenges over through Feb. 28. Some of the research tasks, like the All-in-One 151 Masterwork Research, will also carry over.

This applies to all 10 Collection Challenges, but the developers did say it will be easier to try and finish all but the Evolve and Trade challenges during the Kanto Tour itself because of the specialized spawns.