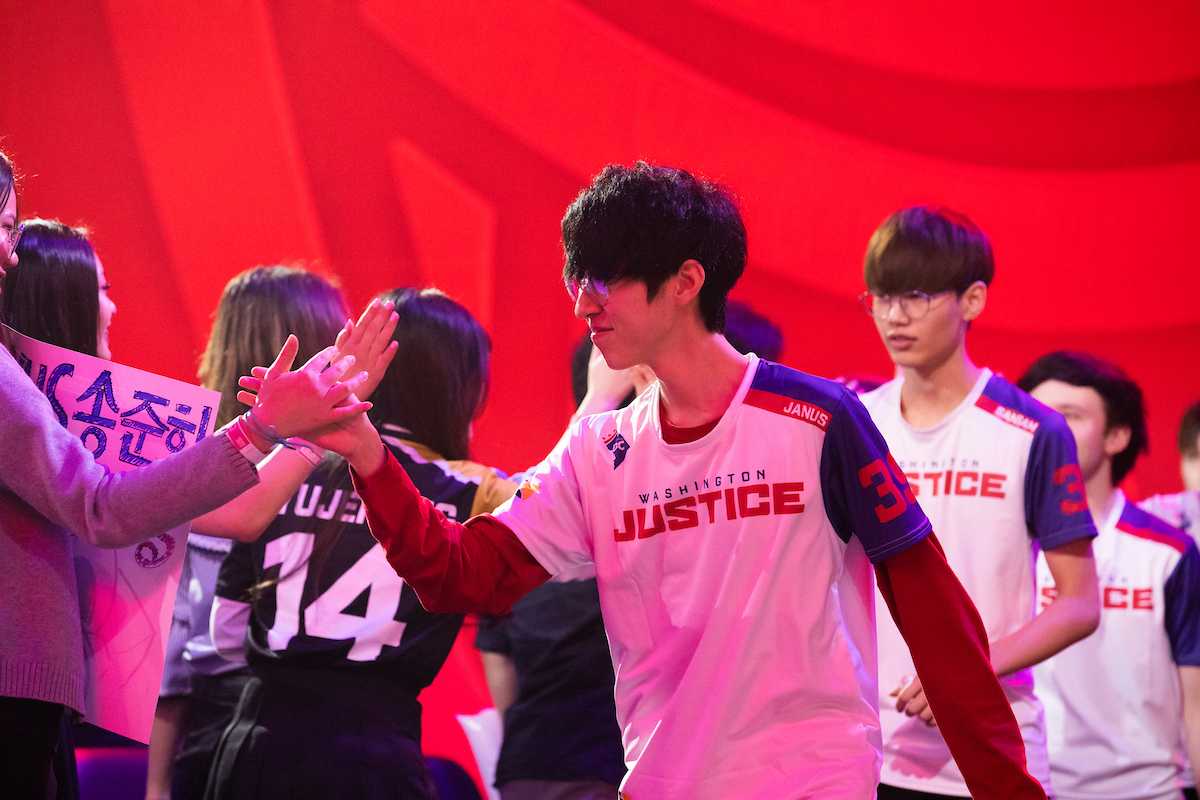 A few players from the Washington Justice won’t make it to the East Coast in 2020. The team confirmed the departure of four players today as numerous contracts expire within the Overwatch League. Most notably, the Justice’s original tank line and much of their bench have been released.

Main tank Song “Janus” Jun-hwa, off-tank Kim “SanSam” Hyang-ki, substitute DPS Cheon “Ado” Ki-Hyeon, and substitute support Cho “Hyeonu” Hyeon-woo have been released from the team. All of these players were listed as free agents by the Overwatch League on Oct. 4, but this is the first formal announcement that they’re no longer a part of the Justice.

Janus and SanSam were the tank duo for the majority of the Washington Justice’s games during the second season. Janus was a former player for the New York Excelsior, while SanSam was a part of both Meta Bellum and Meta Athena, professional Korean Overwatch teams.

While SanSam in particular had his redeeming moments in the last stage of the season, the tank duo has been replaced by off-tank Elliot “ELLIVOTE” Vaneryd and main tank Lukas “LullSiSH” Wiklund.

Support Hyeonu also played for Meta Bellum as well as Armament in Overwatch Contenders South Korea. Damage dealer Ado previously played for the Shanghai Dragons as a part of the team’s 0-40 inaugural season. One highlight of the second season of the Overwatch League was Ado’s first league win as a part of the Washington Justice.

The Justice previously announced that their entire coaching staff would be dropped before the 2020 Overwatch League season begins. In addition, supports Nikola “Sleepy” Andrews and Hong “ArK” Yeon-joon have announced their free agency on Twitter. Both have mentioned the possibility of staying with the Justice, however.