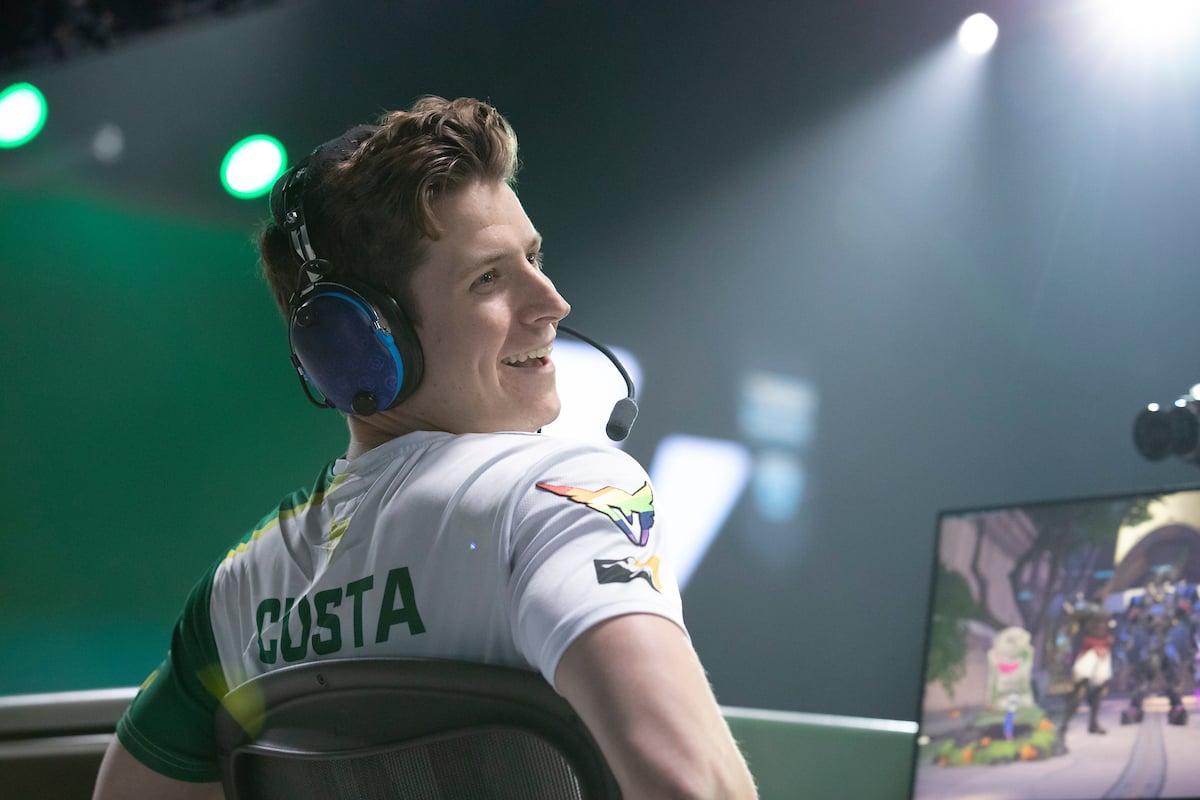 Over the past few months, Overwatch League analyst and former professional player Scott “Custa” Kennedy has turned his penchant for leaking sensitive information into a self-deprecating brand. Now, that brand has jumped to the next level after the 2019 Dennis Hawelka award winner collaborated with KILLSTEAL, an esports apparel company, for a cheeky vegetable-centered collection.

The limited-release collaboration, which drops on March 14, includes four separate pieces. One shirt simply has Custa’s name and an Australian flag on a green background, a nod to his long stint as the Overwatch League’s only Aussie representation. The other three pieces involve some variation of the phrase “no leeks,” a tongue-in-cheek reminder for all of us to not share spicy information. A “no leeks” sweatshirt, a long sleeve graphic tee, and a sleek monochrome tee complete the collection.

Throughout the 2019 Overwatch League offseason, Custa found himself on the unlucky end of numerous leaks. In October, he and caster Josh “Sideshow” Wilkinson unknowingly discussed major roster moves live after Sideshow’s stream malfunctioned. Later on, Custa and Sideshow struck again, revealing the addition of Kai “KSP” Collins to the Los Angeles Valiant during an episode of analyst podcast “Plat Chat.” Before the 2020 season began, Custa accidentally read an email on stream, revealing the addition of Jack “Jaws” Wright to the casting talent team.

What could have been a disaster morphed into a long-standing joke in both the Overwatch community and the Overwatch League analyst desk. KILLSTEAL founder Sabrina Wong took this energy into developing the collaboration. “I wanted to make light of something that was relatively negative at the time,” she said. “Custa is the kind of person who takes the best parts of the worst cases, and it was really on brand to poke fun of himself.”

Wong pitched the idea to KILLSTEAL’s creative director, Rose Leung, who ran with the concept even though it was difficult.

“Making a meme into a clothing line was not easy,” said Leung, noting that the pair took inspiration from streetwear and vaporwave for the designs. “We had to have this fine line of ‘jokey’ but still marketable, not too specific where it would drive consumers away but not too vague to make people go, ‘Why would I get that?’”

Throughout his multiple years of professional play in Overwatch, Custa acquired a positive, humorous fanbase, which he’s maintained despite his retirement from competition. While Custa fans are the obvious audience for this line, Wong noted that the apparel is for anyone. “Even if you’re not a fan of Custa, or know his brand, you’d feel like you get the joke if you’re in on esports,” she said.

KILLSTEAL’s previous lines, all limited-release runs, have tended towards minimalist designs with a focus on aesthetic. Wong had been running the brand as “a lone, one woman show” before bringing in Leung and other staff members. Leung “literally sat down for almost 24 hours straight” to teach herself apparel design after joining KILLSTEAL. Judging by the sleekness of those leeks, it worked.

That collaborative, workaholic spirit shows in the new designs, which tend toward streetwear aesthetics with a bit of retro flair.

“The designs are cutting-edge and on-brand to KILLSTEAL, but with the humor that is Custa and his fanbase,” Wong said. One design states “no leaks, 1993” next to an outlined, chopped leek. It’s both a nod to Custa’s birth year and a question of how much sensitive information he’s given out since then.

While Custa is far from the first Overwatch League professional to go in on apparel (Los Angeles Gladiators off-tank Indy “Space” Halpern and San Francisco Shock DPS Jay “Sinatraa” Won created a line for Meta Threads earlier this year), it seems like the collaboration was a labor of love for the KILLSTEAL team.

“In the end I think working with the team was the most exciting thing about the collaboration,” Leung said. “It’s a boring answer, but…if there’s no synergy, there’s no passion, then there’s no point.”

The KILLSTEAL clothing collaboration with Custa releases at 12pm CT on March 14 on the brand’s website. The Overwatch League returns, with Custa on the Watchpoint desk, with online tournaments beginning March 21.