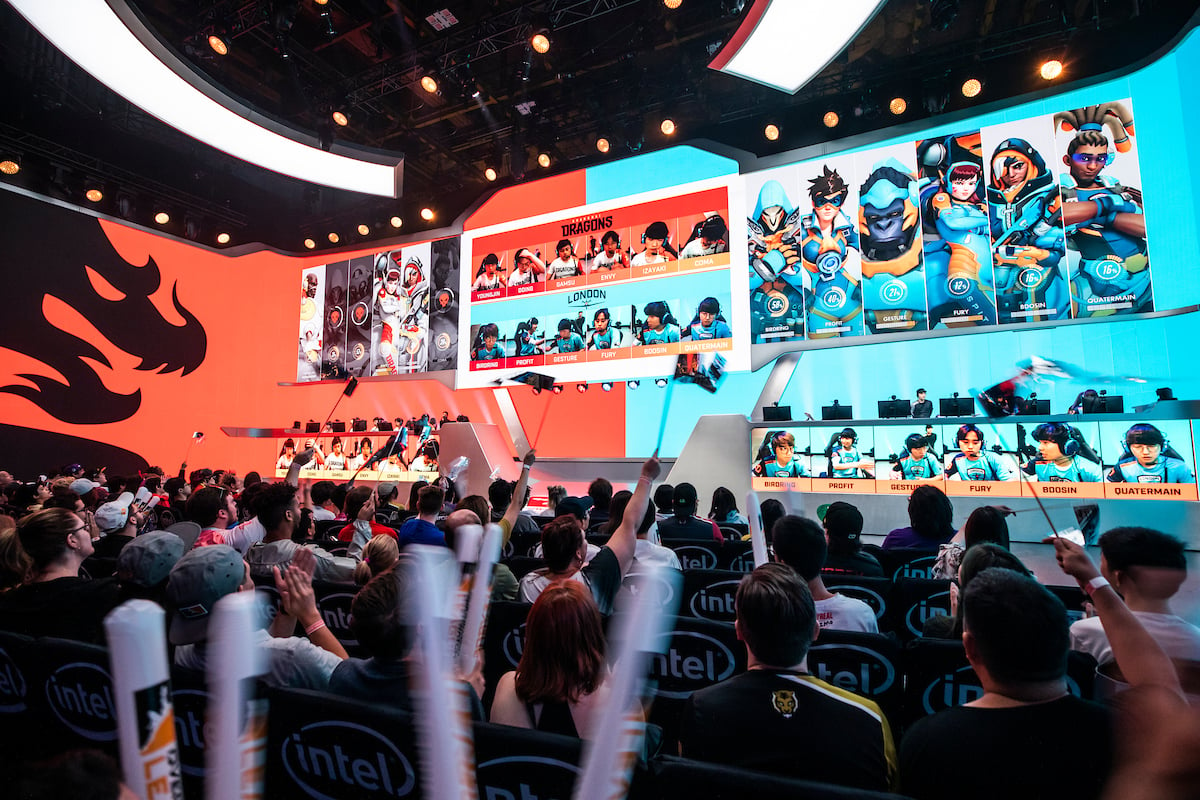 The final two entrants in the Overwatch League season playoff bracket have been decided. Six teams entered into a single-elimination play-in tournament, but the London Spitfire and Seoul Dynasty have made it to the next level. The two teams will take the seventh and eighth seeds in the season playoff bracket, respectively.

London gave fans a show as they faced off against the stage three champions, the Shanghai Dragons. For the first time in Overwatch League history, the two teams played a whopping eight maps in a single series. Every playoff match is a first-to-four series, and the Dragons and Spitfire were neck and neck at every point. The final score was 4-3, with one draw, in favor of the London Spitfire.

The inaugural season champions looked dominant taking the first two maps of the series. It may have just taken Shanghai some time to wake up, however. The Dragons played in the first round of the play-in matches until about 1am CT last night. They then proceeded to play today’s matches at 2pm CT, just over 12 hours later. Luckily, Shanghai’s Yang “Dding” Jin-hyeok began to dominate on his signature Pharah along with his teammate Jin “YoungJIN” Yong-jin on Doomfist.

Shanghai pushed London to a 3-3 score line after drawing on King’s Row and winning Escort map Dorado. Everything came down to Control map Ilios. London’s clutch DPS duo, Kim “Birdring” Ji-hyuk and Park “Profit” Joon-yeong, struggled at some parts of the series but came back with fervor for the final map. All three rounds of Ilios were played, and London’s coordination won out in the end. The London Spitfire will face the New York Excelsior in the first round of playoffs on Sept. 5.

For the second series of the day, the Seoul Dynasty faced off against the Guangzhou Charge, who have surged in the fourth stage of the season. The Seoul Dynasty were on their way to a sweep after the first two maps of the series, but the Guangzhou Charge appeared to come online for Horizon Lunar Colony. After drawing the Assault map, the Charge went on to win Escort map Rialto thanks to bold plays from Charge DPS Charlie “Nero” Zwarg.

As they stared at the 2-1 score line, the Charge began dreaming of a reverse sweep. Unfortunately, Seoul DPS duo Kim “Fleta” Byung-sun and Kim “Fits” Dong-eon are notorious dream-crushers. Fleta’s Reaper came back to haunt the Charge and the Dynasty swept the final two maps of the series. With a 4-1 score line, the Seoul Dynasty made it out of the play-in tournament.