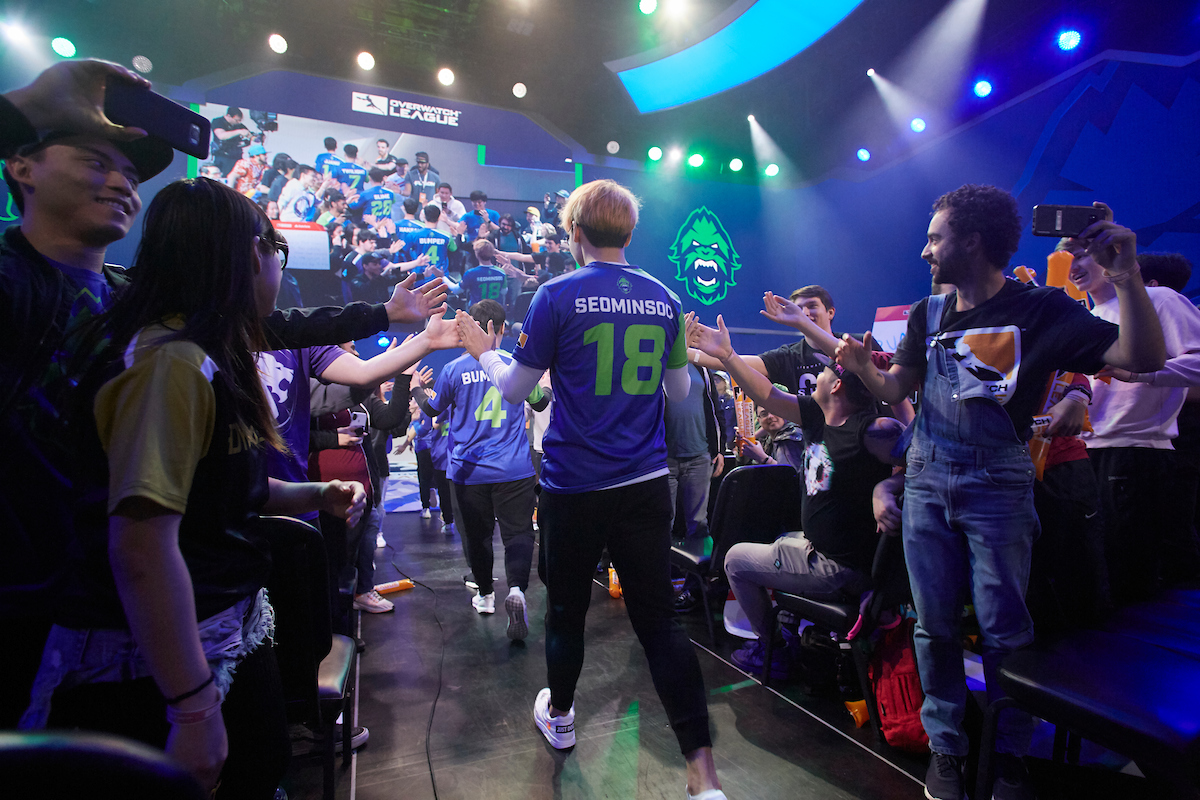 It’s been a long sophomore season for the Overwatch League. Twenty teams entered into the fray in February and dozens of games have been played over four stages of competition. On Aug. 30, the postseason battle for the second season championship begins.

Last year, the London Spitfire won the league’s first championship at a sold-out Barclays Center in New York City. This year, 12 teams remain to fight for a spot in the Overwatch League grand finals, which will be held on Sept. 29 in Philadelphia. The winning team will bring home $1.1 million.

Here’s how you can catch all the action.

Overwatch League fans have a lot of streaming choices for the postseason. All games will be streamed on OverwatchLeague.com and the Overwatch League’s Twitch channel. These two venues allow fans to participate in League Picks and earn bonus in-game tokens.

Most postseason games will also be aired on ESPN News and Disney XD—check your local listings to make sure. The Overwatch League grand finals will be aired on ABC.

The six highest-ranked teams in the league have been automatically entered into the final playoff bracket.

The next six highest-ranked teams qualify for a play-in tournament. They’ll compete for the two spots remaining in the final eight-team playoff bracket.

The postseason begins with a play-in tournament to decide the fate of six teams vying for a spot within the full playoff bracket. The play-in tournament bracket is single elimination—one loss and you’re out of playoff contention. The ninth through 12th-ranked teams face off on Aug. 30. Two winning teams then move on to face the seventh and eighth-seeded teams on Aug. 31. After those games, two teams will advance to the full playoff bracket.

The season playoffs begin on Sept. 5. The season playoff bracket is double elimination, meaning teams must lose twice to be fully out of the competition. Eight teams will start in the bracket, but only two will move on to the grand finals.

Every playoff game, including those in the play-in tournament, will be a first-to-four series. The higher-seeded team gains an advantage by picking the first map of the match. After that, the loser of each map will pick the next proceeding map until the series is completed.

Here are the full dates and times for each playoff bracket match.

After the playoff bracket is completed on Sept. 15, the two remaining teams will move on to compete in the Overwatch League season two grand finals on Sept. 29. Be sure to watch all the action and find out which team will be crowned the champion of the 2020 season.