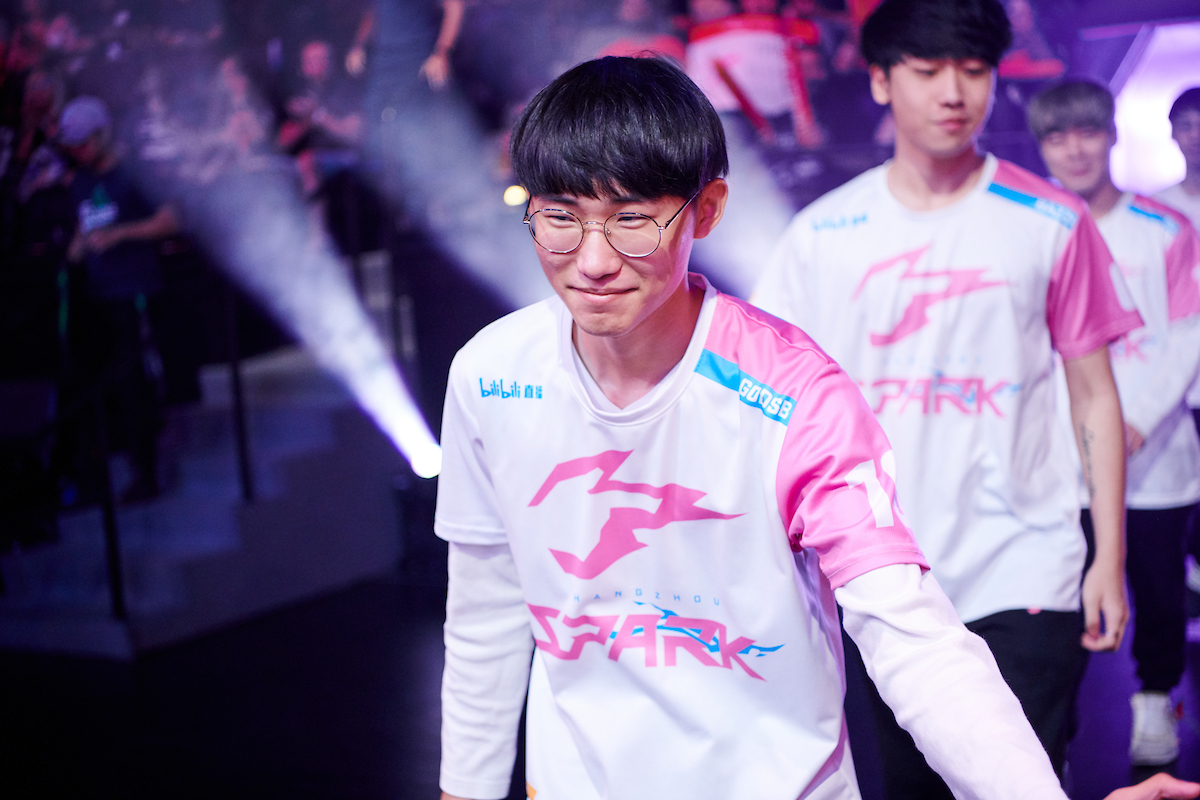 The always-cheerful Hangzhou Spark have revealed that seven of their Overwatch League players will remain with the team for the 2020 season.

While some teams have confirmed one or two players returning to their teams, the Hangzhou Spark are the first to announce an entire roster. Kang “Adora” Jae-Hwan, Kim “GodsB” Kyeon-Bo, Yoon “Bebe”Hui-Chang, Park “iDK” Ho-jin, Xu “Guxue” Qiulin, Park “Ria” Seong-wook, and Song “SASIN” Sang-hyeon will all remain with the Hangzhou Spark next year.

This lineup of players should look familiar to Hangzhou Spark fans. With the exception of SASIN, six of the returning players make up the regular starting roster for Hangzhou. The team ended the 2019 season in fourth place after a relatively successful playoff run. Hangzhou seem to be following in the footsteps of other top teams like the San Francisco Shock and Vancouver Titans, who haven’t made many roster changes yet.

While this announcement confirms some returns, it leaves other players in limbo. DPS Park “Bazzi” Jun-ki and tank Jeong “NoSmite” Da-Un weren’t mentioned in the list of returning players. The pair were placed on a two-way contract so they could also play on the Hangzhou Spark’s academy team, Bilibili Gaming, in Contenders China. Flex support An “Revenge” Hyeong-geun also isn’t listed.

The Hangzhou Spark will host two homestands during the 2020 Overwatch League season.