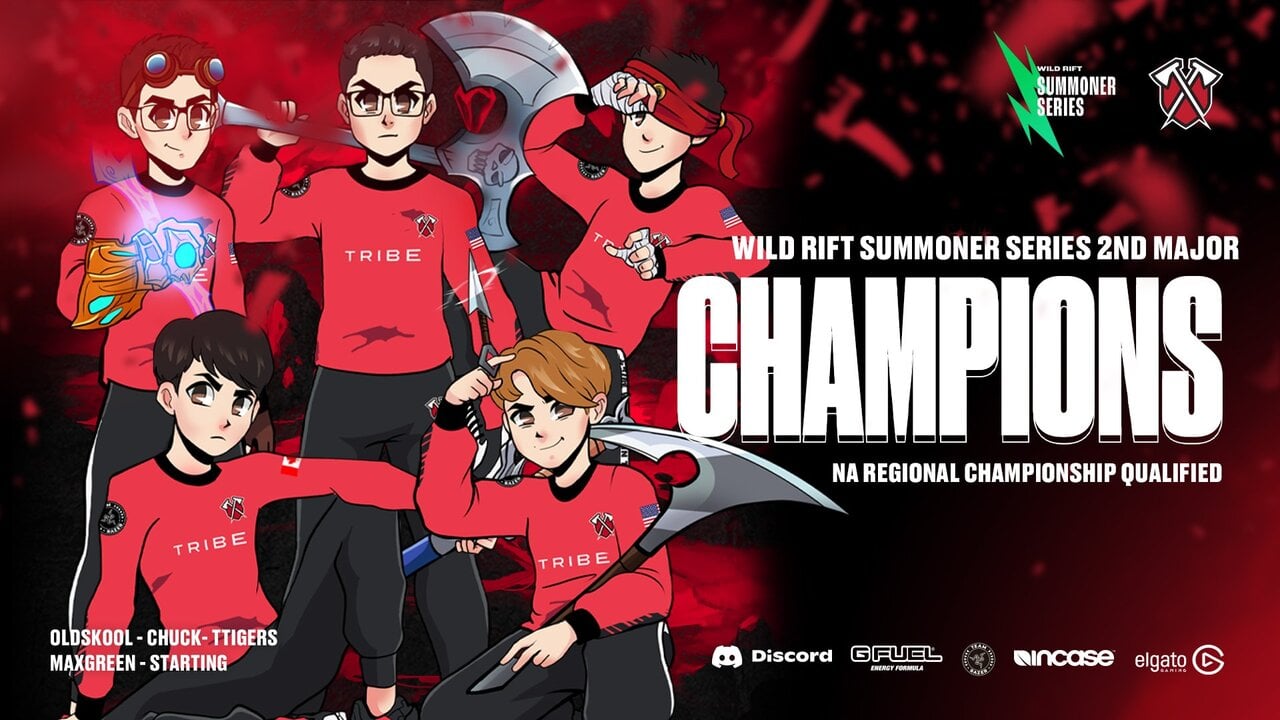 The first two teams at the League of Legends: Wild Rift North America Summoner Series Regional Championship have been locked in. Tribe Gaming and NME placed first and second respectively in the second major of the Summoner Series yesterday to qualify for the championship.

The regional championship will happen from Oct. 8 to 10 and features a prize pool of $70,000. Eight teams from across North America will be competing, the winner of which will reportedly represent the region at the 2021 Wild Rift World Championship.

Tribe Gaming and NME are definitely two of the strongest teams in the region. In the first major earlier this month, both teams cruised through the upper bracket to lock horns in the finals of the winners bracket, where Tribe emerged victorious. NME won the losers’ bracket finals to square off against Tribe again but couldn’t beat them that time as well.

The story in the second major was similar, but Tribe put up an even more dominating performance throughout the tournament and didn’t lose a single match. Tribe beat NME 2-0 in the upper bracket finals. NME took down Immortals in the losers’ bracket to face-off against the team again in the finals, which Tribe won 3-0.

The top four teams, Tribe, NME, Immortals, and Cloud9, have now qualified for the third major, which will happen on Sept. 18 and 19. They will be joined by four other teams from the open qualifiers. Besides the $10,000 prize pool, four more slots to the regional championship will be up for grabs in the third major.

The final two teams in the regional championship will be determined in the last chance qualifier, which will take place from Oct. 1 to 3.