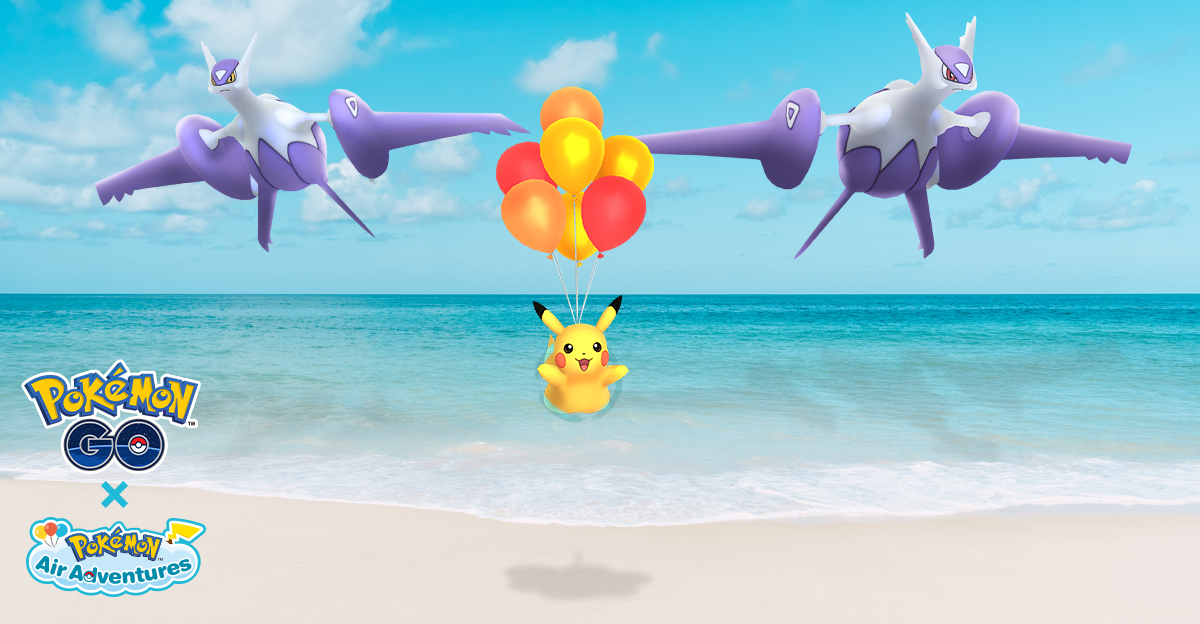 Less than 24 hours after announcing the A Mega Moment event and hinting at their arrival in Pokémon Go, Niantic has confirmed Mega Latias and Mega Latios will be featured in another Mega Evolution event.

The Legendary Eon pair will soar into the Mega Raid rotation on May 3 and remain there through at least May 8 as part of the Pokémon Air Adventures event, which will also feature Flying Pikachu and other Pokémon known for getting some air—and Meowth for some reason.

For Latias and Latios, they will be the first Legendary Pokémon capable of Mega Evolution getting access to the mechanic in Pokémon Go. Catching them during the event will also have them gain access to the new moves Mist Ball and Luster Purge, respectively.

Charizard, Lapras, and Togekiss will fill out the event’s remaining raid pool, with all three spawning in three-star raids.

Throughout the event, Flying Pikachu, Jigglypuff, Meowth, Psyduck, Doduo, Magikarp, Wingull, Swablu, and Drifloon will spawn in the wild. Lucky players might even run into Charizard and Mantine. Togepi, Mantyke, Emolga, and Noibat will also be hatching from seven-kilometer eggs obtained during the event, with all players getting a 50 percent reduction to egg hatch distance when an egg is placed in an incubator.

A special ticketed event will be running exclusively in Okinawa, which is where the Pokemon Air Adventures naming of the event comes in.