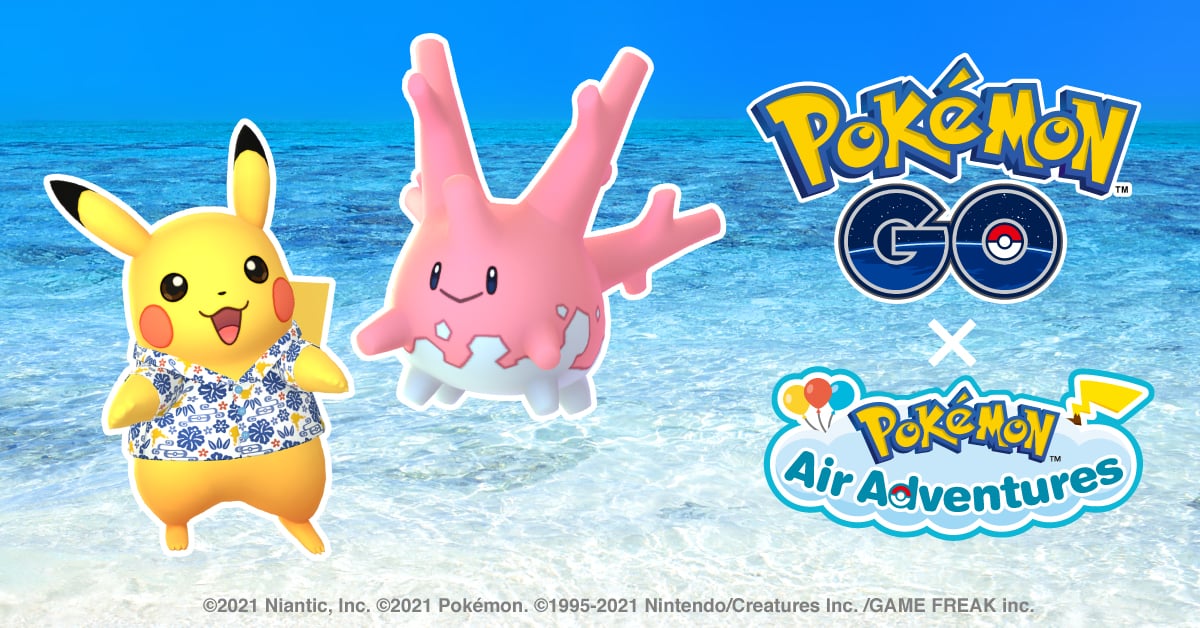 Pokémon Go is finally set to hold its “Air Adventures” event after it was temporarily delayed due to the “global travel situation” that overshadowed much of the last year.

The new date for the event to kick-off is Saturday, March 19. With its launch will come Pikachu in costume wearing an Okinawa Kariyushi shirt, available to catch in Okinawa, and shiny Corsola which can be found around Japan.

To celebrate the collaboration between Pokémon Go and Pokémon Air Adventures, players will be able to participate in the event from May 3. Special PokeStops will appear around chosen areas and players in Okinawa will have the chance to encounter Flying Pikachu with unique colored balloons.

There are still more details to be shared on how the global portion of the event will be celebrated but, for now, this is all publisher Niantic has revealed.

Initially, this event was supposed to take place in July 2021 to bolster Japan’s tourism with Japanese aviation company Skymark set to fly Pokémon-themed jets. It wasn’t set to stop there either; there were also Pokémon buses, trains, and merchandise planned to appear alongside the flights.

When the event was announced there was a ton of in-game content rumored to be coming with collab, including more costumed Pokémon and other additions. Perhaps some of this is still on its way but fans will need to wait until May for news.