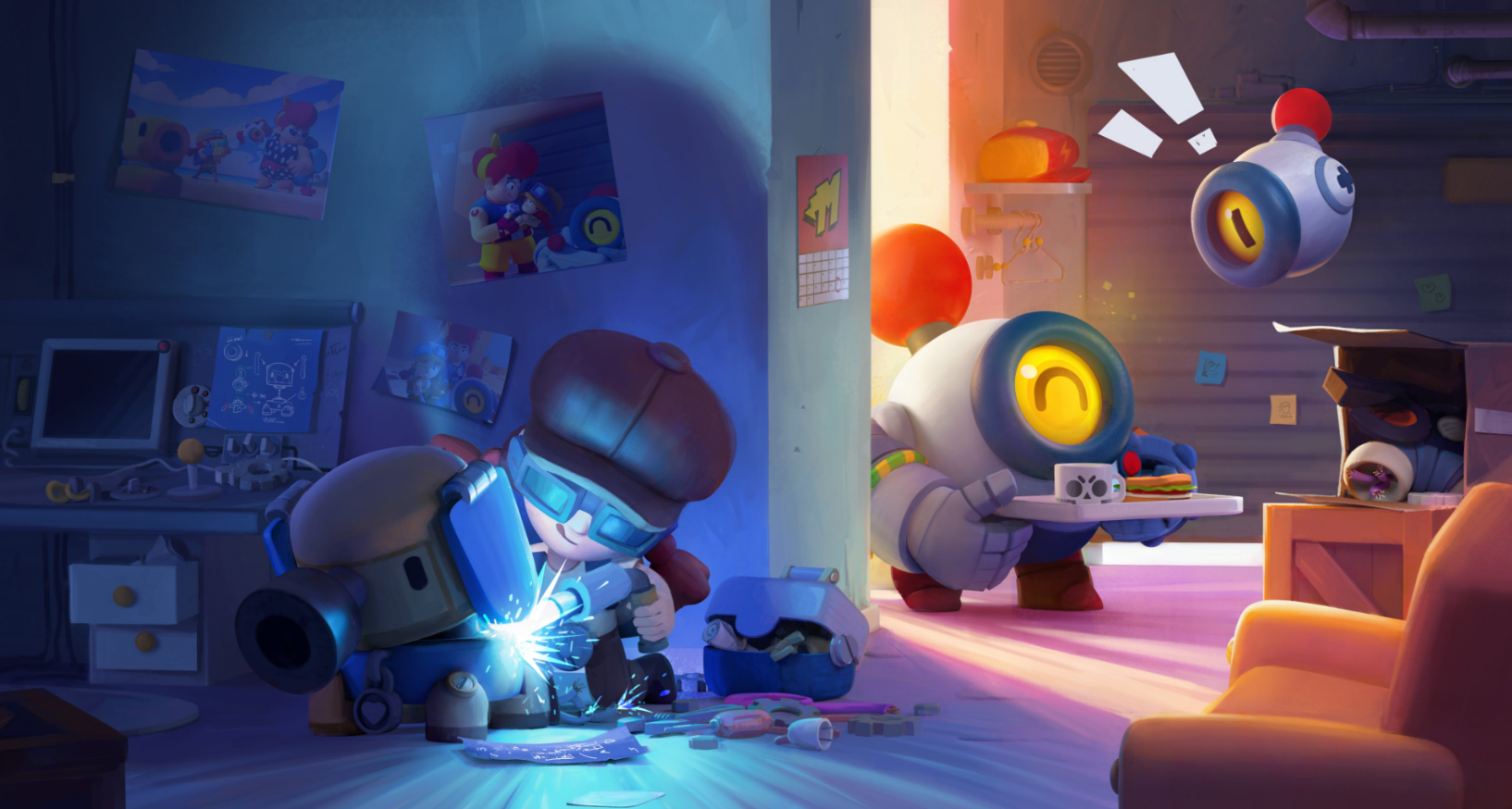 Nani is the newest brawler to arrive on Brawl Stars’ live servers. The epic brawler brings a new mechanic to the game with her super, which allows her to “commandeer” a smaller version of her that can be controlled to hit enemies.

Nani’s health is just 3,360, making her a comparatively fragile target. Her movement speed is “normal.” Compensating for her low health is the long-range of her main attack and super. She also does a lot of damage.

Players were able to get a sneak peek of the brawler’s main attack in the previous Brawl Talk. Nani’s attack is called the “Trigger-Nometry”. She fires three “light orbs” which diverge along a cone before converging to a single point in front of her.

The orbs each do 980 damage and landing all three on a single target does devastating damage of 2,940. Thus, she is also good for really close-range attacks as it’s guaranteed she will hit all three of her orbs and do 2,940 damage. Her reload speed is “low.”

Nani’s super is the “Manual Override.” Activating this allows the player to take control of the brawler’s “pal,” Peep, which can be steered towards enemies. Peep explodes on hitting enemies dealing 2,800 damage.

The Brawler has been released with one gadget and two star powers.

Her gadget is the “Warp Blast” which allows her to detonate peep and teleport to its location. This gadget will allow players to make engages as well as quickly teleport out of danger. Three charges of the gadget are allowed per match.

Her star powers are the “Autofocus” and “Tampered Steel.” Autofocus allows Peep to do up to 25,00 extra damage depending on the distance it travels before exploding. Tampered Steel makes Nani take 80 percent less damage when her super is active.

Nani can be unlocked through Brawl boxes.