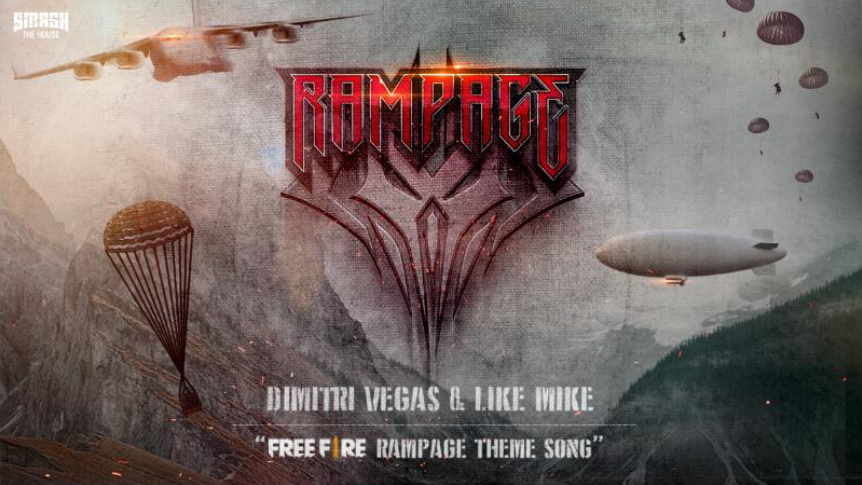 Free Fire’s Rampage event is officially coming back for the third year in a row. Now called Rampage: New Dawn, the campaign will have its own theme song created by DJs Dimitri Vegas & Like Mike.

The song, which is also named “Rampage,” will be available to players on Spawn Island on June 9, Garena announced today.

This isn’t the first time Free Fire has partnered with world-famous DJs for exclusive theme songs. Other music producers that collaborated with Garena’s battle royale include Brazilian DJ Alok with “Vale Vale” and DJ KSHMR with “One More Round.”

Related: Free Fire is getting a collaboration with Street Fighter V

On June 18, players will be able to join Rampage: New Dawn’s futuristic oriental city and help Drake, Rajah, Speedy, and Aurora escape the lab they were being held captive in for a mutation program. Players will battle the captors while they deck their characters out with the Shadow Earthshaker Bundle, Phoenix Skyboard, and Black Tortoise Pan. All players will also receive the Shadow Earthshaker Bundle for free when they log in and complete missions in that period.

Later, on June 26, all characters will be available for players to experience their full potential in a new mode. Similar to the battle royale mode, players can pick up runes on the map in Rampage: New Dawn. They’ll also receive runes that unlock the character’s special skills. There are over 20 attributes that can be used to create more intense battles.

More information about the partnership with Dimitri Vegas & Like Mike and the Rampage: New Dawn campaign will be posted on Free Fire‘s official social media channels.