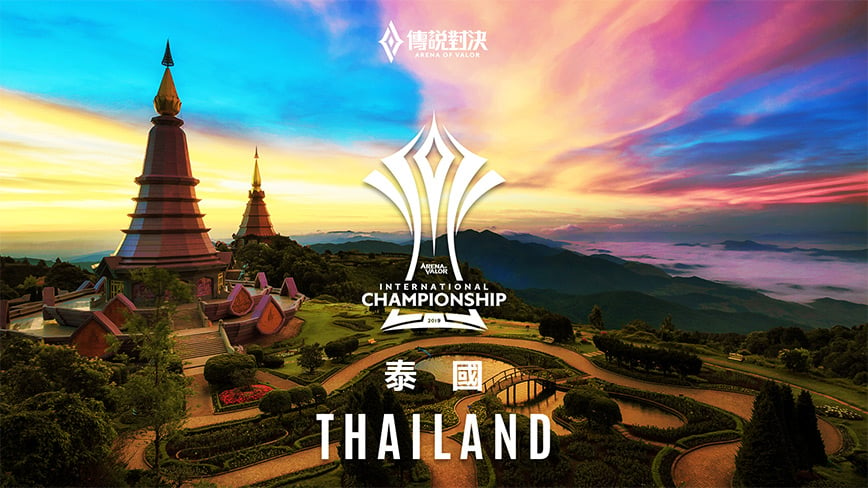 Image via Garena and Tencent

The Arena of Valor International Championship (AIC) 2019 will be held at Thailand this November. Co-hosted by Garena and Tencent, the mobile esports tournament will pit 12 of the strongest Arena of Valor (AoV) teams from around the globe to compete for a share of the $500,000 prize pool.

The twelve teams will be decided by regional tournaments across nine divisions. These teams are listed below.

All the regions will send one team to Thailand while the RPL, AOG and GCS divisions will be sending two. The details for the regional tournaments for South Korea, Europe, China, and Japan are expected soon.

The AIC 2019 will be featuring an all-new 1v1 matchup as well. One player from each team will be competing in this with the winner walking away with $5,000. More details about this new mode will be revealed as the tournament approaches.

After the successful implementation of the Global Bank Pick model at the Arena of Valor World Cup 2019, Garena and Tencent are bringing it to AoV’s biggest stage. The global ban pick prevents players to pick up a hero that they have already used in a series. This forces players to rotate heroes and try new strategies. The ban pick restrictions are lifted if a series goes on until game five, however.

The group draws for the AIC 2019 will be broadcasted live after the finals of the Arena of Glory (AOG) professional league in Vietnam on Oct. 12.