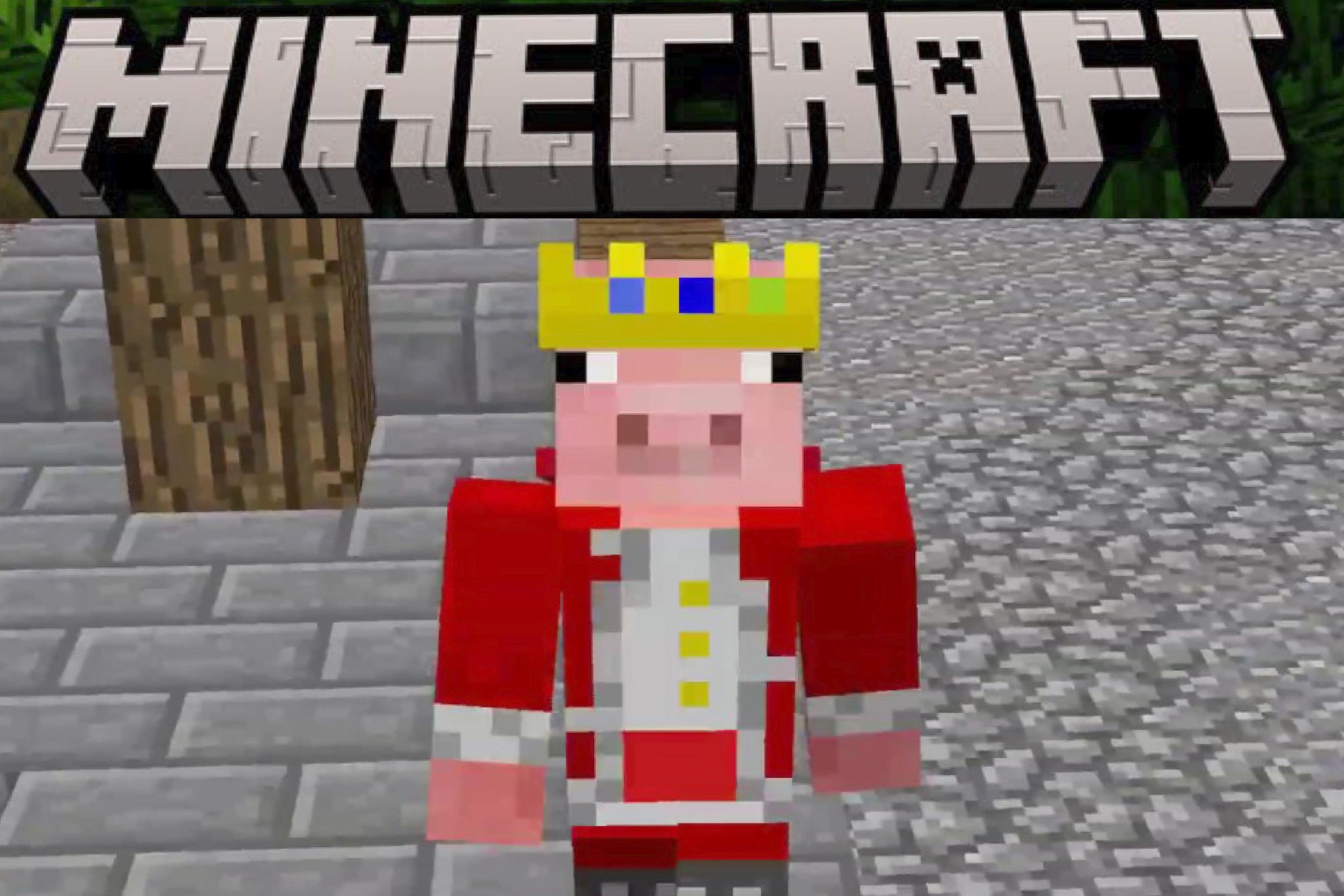 Screengrab via Technoblade on YouTube, Image via Mojang | Remix by Kacee Fay

When Technoblade lost his battle with cancer in June 2022, the world collectively came together to mourn the loss of the one-of-a-kind creator. Touching tributes of all kinds were shared, solidifying his legacy and importance as both a creator and individual.

Among the powerful tributes shared following the Minecraft stars passing was one from the creators of Minecraft themselves. Around June 2, 2022, Mojang edited their launcher artwork and added a crown to the pig located right about Steve and Alex in honor of Technoblade’s signature animal.

Many expected the touching tribute to Technoblade to be on the launcher permanently or at the very least for a few months, but sadly, this is not the case. Where a pig wearing Technoblade’s signature crown once sat is now an entirely different banner promoting Minecraft’s Wild Update.

Related: TommyInnit, Wilbur Soot to donate all proceeds from upcoming book to cancer research in honor of Technoblade

Changing the launcher art to promote the update is understandable, but because there is still a pig in the bottom left corner of this banner, it is quite surprising that Mojang didn’t at least carry the tribute over for the artwork change. In response to this change, fans have taken to Twitter to share their frustration and anger.

“THIS IS UNACCEPTABLE,” wrote one fan who also shared the “#MINECRAFTISOVERPARTY” hashtag. Many other outraged fans have since shared this hashtag as they call for Mojang to add a tribute to Technoblade on the launcher once more.

Another fan remarked that the Minecraft star should be put back on the launcher because he deserves to be there “after being one of the main reasons Minecraft was revived.” The same fan also pointed out that it hasn’t even been a month since Mojang added the tribute, but it has actually been just a few days over one month since Mojang added the tribute.

One other fan pointed out that the artwork replacing the one with the Technoblade tribute is actually old artwork and that this makes the situation even more upsetting. This fan feels the change is random and was done “for no particular reason.” They feel that if Mojang felt a change was necessary, it would have made much more sense to replace it with brand new art rather than recycling an old one.

Some fans have at least come across the “Technoblade never dies!” splash text on the Minecraft loading screen, but most of the community feels this is not enough.

Another fan shared this sentiment as they asked Mojang to add a better reference to Technoblade’s legacy to Minecraft. This fan feels that the “splash text is not enough to convey his legacy.”

Whether Mojang will reinstate the old artwork or add a tribute to the new one remains to be seen. Regardless, fans hope Mojang will reinstate some form of tribute on the launcher and official artwork or even introduce some more permanent and grand change in the game itself, such as granting players the ability to create a Technoblade pig in-game in a similar manner to the famous Jeb sheep trick.