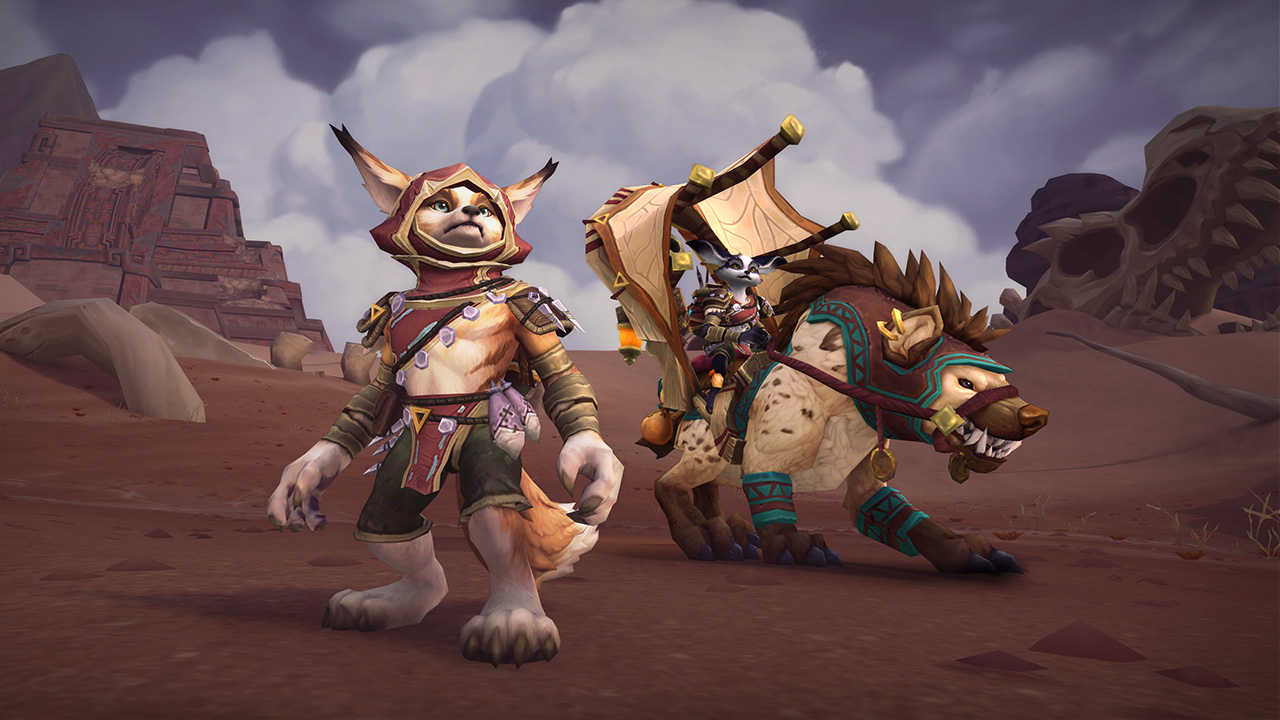 Remember those cute little foxy looking nomadic scavengers? The ones with the pointy ears and the fluffy tails from Vol’dun. Well, with World of Warcraft’s latest patch—Visions of N’Zoth—they’re available to play.

The cunning and fierce Vulpera, known for their intellect, skilled problem solving, and small size, have joined the Horde in a quest to explore the world beyond their homeland.

But this probably isn’t the best timing. The Old God N’Zoth and his faithful minions have descended on Azeroth, destroying everything in their path and creating a nightmare riddled with tentacles.

How can players unlock the new Horde-only allied race? Here’s everything you need to know about the Vulpera, their available classes, their racial traits, and how to unlock them.