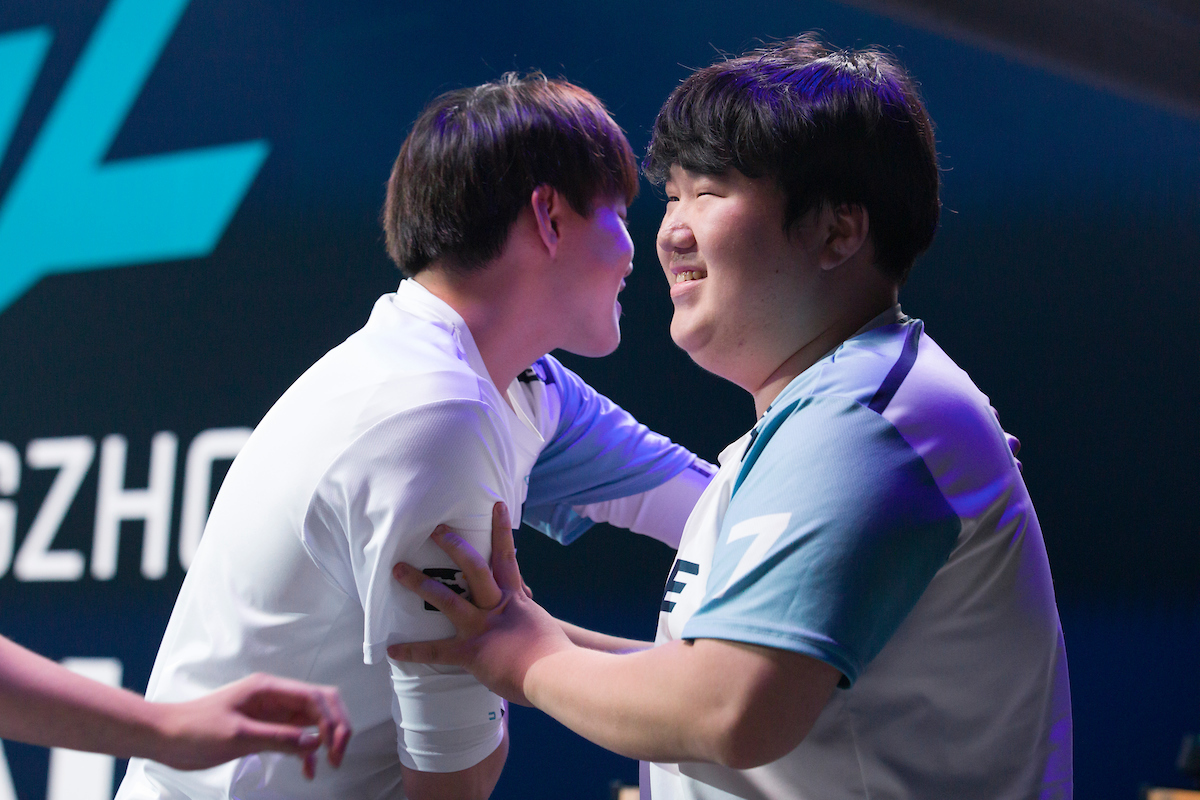 This off-tank keeps charging on. After being released from the Guangzhou Charge earlier this week, Choi “HOTBA” Hong-jun has been picked up by the New York Excelsior. The team has been without an off-tank since releasing Kim “MekO” Tae Hong earlier in the offseason.

HOTBA becomes one of the few Overwatch League professionals to have played on three teams. He began his career as a part of the Philadelphia Fusion and played in the 2018 Overwatch League grand finals. He was dropped from the team during the 2018 offseason.

The Guangzhou Charge picked HOTBA up when they were building their initial multinational roster. On the Charge, HOTBA had a stable starting position as an off-tank, showing expertise in D.Va, Roadhog, and Zarya. The Guangzhou Charge made it to the 2019 season playoffs and ended the season in ninth place.

The New York Excelsior have been quiet during the offseason. As a successful, tight-knit roster, few changes were expected from them. After placing third in the latest Overwatch League season, they had little need to alter their player lineups.

The NYXL’s release of MekO was a relative surprise to fans. Only MekO and DPS Hwang “Fl0w3r” Yeon-oh announced their free agency from the team this year. HOTBA is the first signing for the team since the 2019 season concluded.

During the 2020 Overwatch League season, the New York Excelsior will host two homestands at the Manhattan Center’s Hammerstein Ballroom.