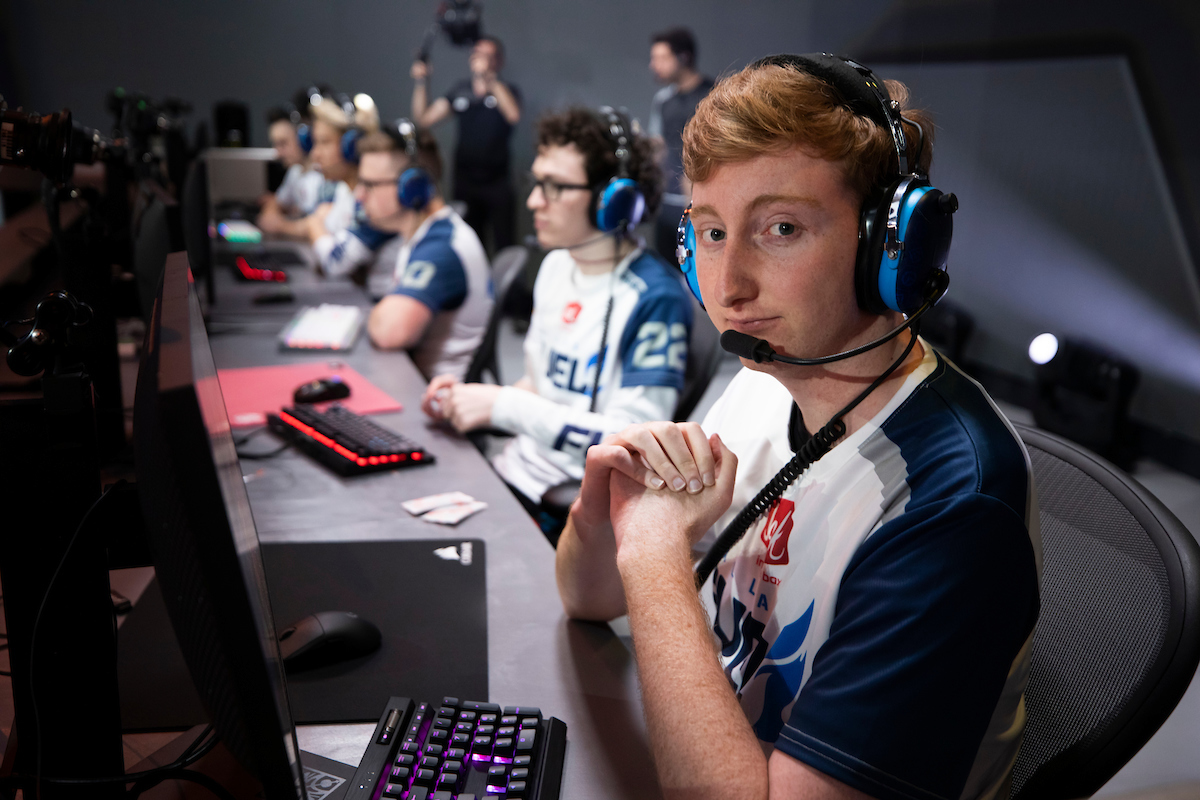 Off-tank Lucas “NotE” Meissner is back in blue for another season. The Dallas Fuel welcomed the player back to the lineup today ahead of the Overwatch League’s return in 2020.

NotE joined the Texan team in April after the Boston Uprising traded the tank player to the Dallas Fuel in exchange for Richard “rCk” Kanerva. The off-tank signed with the Uprising prior to the start of the Overwatch League’s inaugural season and served as an integral part of Boston’s win streak in stage three.

After season two ended, the Overwatch League’s contract database listed NotE as the only player on the Dallas Fuel with free agency. The other nine players on the lineup at the end of season two were listed as under contract with the team.

The Dallas Fuel have remained relatively tight-lipped about any potential roster updates for the offseason, although the team has frequently teased signings on social media. Yesterday, however, the Fuel broke their silence and traded main tank Son “OGE” Min-seok to the Los Angeles Gladiators in exchange for flex DPS Jang “Decay” Gui-un.

If the leak proves to be true, Gamsu and NotE will be reunited on the Dallas-based team. The two previously played together while on the Boston Uprising’s lineup throughout the entirety of season one.