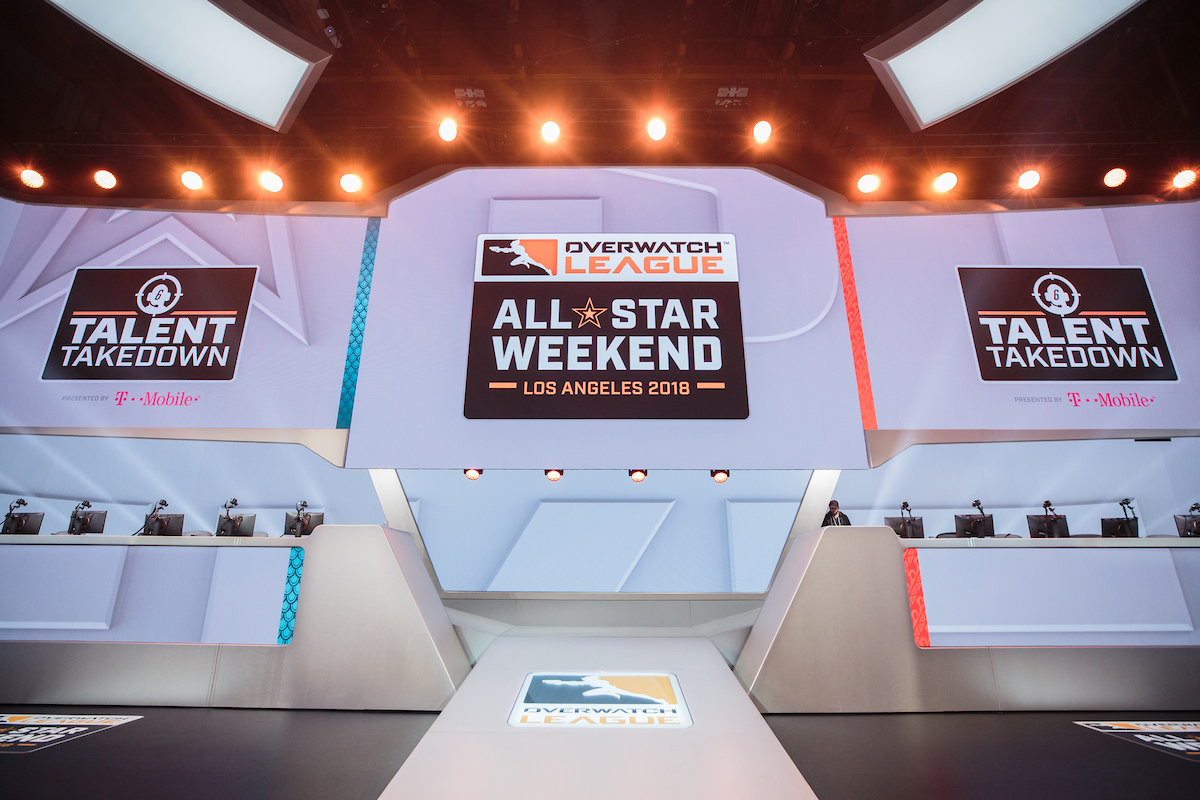 This year’s Overwatch League All-Star weekends are bringing twice the fun. The league will host two events, one for Asia and another for North America, that feature an All-Star Game, a Talent Takedown, a Widowmaker 1v1 Tournament, and a series of other game modes—all starting on Sept. 26.

The All-Stars Asia roster features 24 players, four more than its North American counterpart, to account for transfers between regions. The roster features familiar names, such as JJonak, Choihyobin, and 2020 Overwatch League MVP Fleta. The players will compete under the helm of Guangzhou Charge’s Cho “J1N” Hyo-Jin and Moon “Moon” Byung-chul.

The All-Stars North America roster will also showcase a handful of league veterans such as Super, Space, and Agilities. Philadelphia Fusion coach Kim “KDG” Dong-Gun and Florida Mayhem’s Kim “Kuki” Dae-kuk will lead the teams into the match.

The All-Star events are the next milestone in the run-up to the Overwatch League Grand Finals, which take place between Oct. 8 and 10, and culminate in a star-studded competition. The rosters were determined by fan voting, but Blizzard adjusted the pickings to ensure that each team had at least one representative.

In addition to the All-Stars Game, both events will include a Talent Takedown and a Widowmaker 1v1 tournament, but All-Stars Asia will also feature a handful of hero-specific challenges.

This year, both All-Stars Games will follow a different format. The first map is a standard six-vs-six, but in the second match, each team picks the opponent’s composition, with role lock applied. Players don’t have to stick to their roles.

The third match will take place in a Control map using the Tiny Overwatch workshop mod “where all players start off with tiny character models, but begin to grow in size as they do damage and healing,” according to Blizzard.

The Widowmaker 1v1 has eight hitscan experts competing to crown the deadliest sniper in each division. The rules forbid players from using assault rifle fire and forces players to hit headshots only.

The Talent Takedown returns this year with a different format. For All-Stars Asia, two teams of talent from China and South Korea will square off in two maps — with a twist. At the beginning of each map, one of the team chooses a buff that can vary between Mystery Heroes, Total Mayhem, Low Gravity, and double damage/healing.

The North America Talent Takedown will have a different format: a regular three-map match with a specific ruleset per map. Maps one and three must feature Genji and Tracer and Widowmaker and Tracer, respectively. Map two, however, will mark the return of the infamous GOATS composition.

To celebrate the All-Star events, limited-time skins for Reinhardt and D.Va will be available for purchase using league tokens from Sep. 29 to Oct. 12.