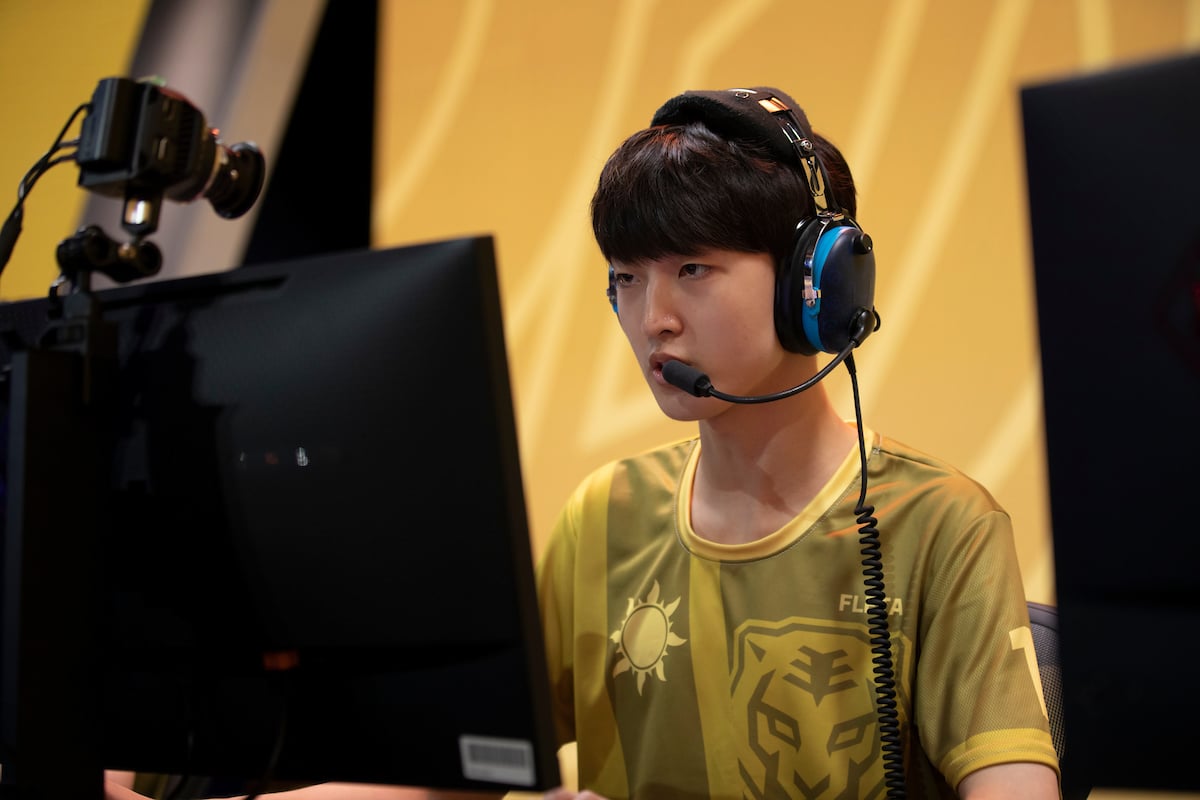 After years of defining the meta in the Overwatch League, Kim “Fleta” Byung-sun can add another accolade to his resume: Most Valuable Player. The Shanghai Dragons’ DPS was awarded the 2020 MVP title for his stellar play during this season as well as his deep hero pool.

As a part of the Shanghai Dragons, Fleta helped guide the team towards a monumentally successful 2020 season. The Dragons ended the Overwatch League regular season with a 27-2 record, making them the top team in league standings across all regions. In addition, the team won the Asia region title in two monthly tournaments, the May Melee and the Countdown Cup.

Shanghai has already secured a place in the 2020 Grand Finals bracket, which begins on Oct. 8. They’ve earned the first seed from the Asia region and will face off against the second seed coming out of North America.

Though he’s only been a part of the Shanghai Dragons for a short time, Fleta has made his mark on the team and the Overwatch League as a whole. Fleta joined the Dragons before the 2020 season began, coming from the Seoul Dynasty as a free agent. Before the Overwatch League began in 2018, Fleta was a part of legendary South Korean teams Lunatic Hai and Flash Lux.

In the first season of the league, Fleta adapted to changes in team compositions so quickly that the analyst desk began saying, “Fleta is the meta.” This year, as the Overwatch League Stats Lab was unveiled, an entire section was dedicated to what analysts call the “Fleta Deadlift.”

A “Fleta Deadlift” refers to any map in which a single player accounts for more than half of the elimination count of their entire team, something Fleta did multiple times for the Seoul Dynasty. Predictably, Fleta himself completed a deadlift in 2020 against the London Spitfire.

While Fleta has obviously been rewarded for his past accolades, he earned the 2020 MVP award due to his current performance on the Shanghai Dragons. According to the Stats Lab, he ranks third in the league for eliminations per 10 minutes at a whopping 20.1, as of Sept. 12. For every single minute that Fleta plays in a match, two of his enemies are eliminated.

Fleta is the first DPS player to earn the MVP award based on his performance on damage-dealing heroes. In 2019, flex DPS Jay “Sinatraa” Won earned the award thanks to his expertise on tank Zarya, Doomfist, and Tracer. Flex support Bang “JJoNak” Sung-hyeon took home the 2018 award for his destruction on Zenyatta.

As the 2020 MVP winner, Fleta will earn $100,000 from sponsor T-Mobile. He’ll also sport a special patch on his jersey throughout the 2021 season. The MVP title is awarded based on votes, 25 percent of which came from fans on social media. The other 75 percent of votes came from Overwatch League general managers, staff, broadcast talent, and media.