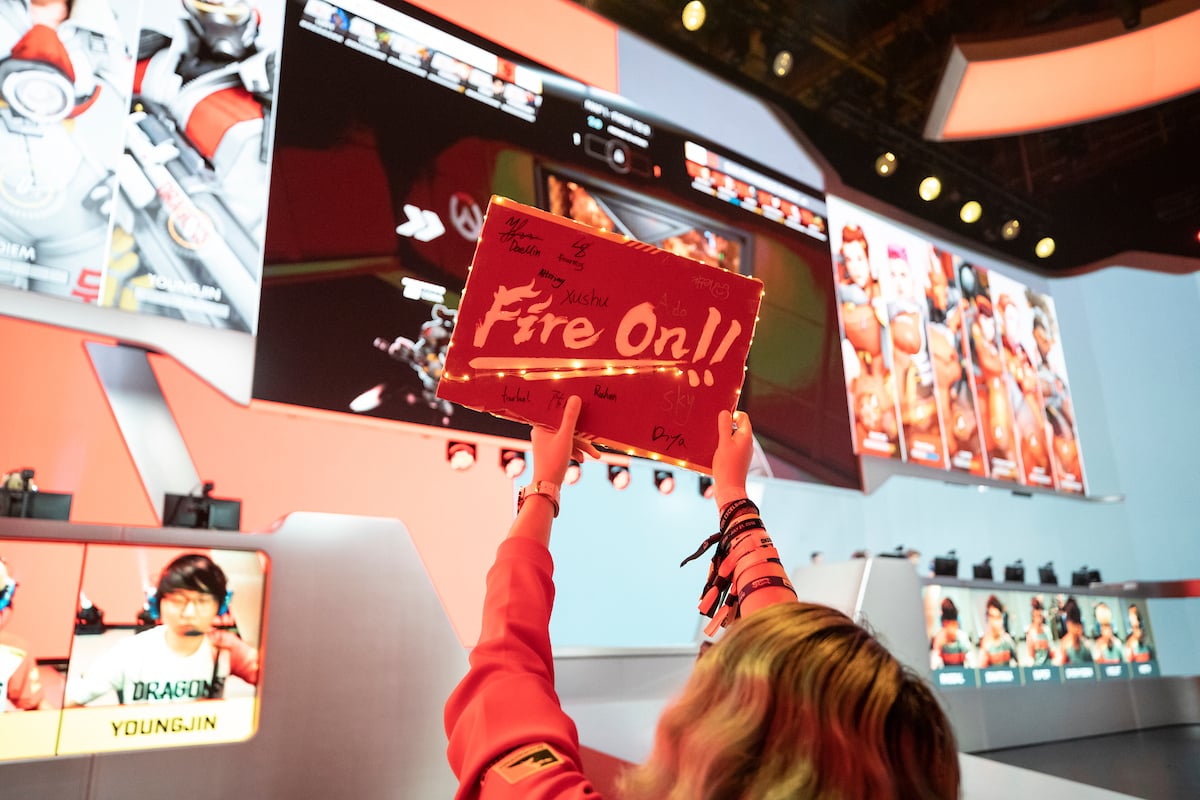 After a lengthy weekend of close games, two regional winners have been crowned in the Overwatch League’s May Melee tournament. The entire month of May was dedicated to the tournament, which will award thousands of dollars in prize money and bonus wins for high-placing teams.

All 20 teams in the Overwatch League participated in the tournament after being divided into two regional brackets, Asia and North America. Each bracket crowned a single championship team, which will receive $40,000 as well as three bonus wins added to their season record. Runners-up receive $20,000 and two bonus wins while all semifinalists get one win added to their record and $5,000.

After two days of knockout games and quarterfinal action, the San Francisco Shock claimed the grand prize in the North American bracket. Meanwhile, the Shanghai Dragons pulled off a massive reverse sweep to take the crown in the Asia bracket. A single sentence can’t quite hold all the hype Overwatch League action, so here’s our look back at both bracket finales.

In the first match of the semifinals, the Seoul Dynasty faced first-seeded Guangzhou Charge. With flex DPS Charlie “Nero” Zwarg back in the starting lineup, the Charge showed incredible ferocity and pushed the Dynasty to a five-map series. Something about Seoul shifted in the final map, however, and DPS Park “Profit” Joon-yeong ran amok. Seoul defeated Guangzhou in a 3-2 series and moved on to the finals.

While the first semifinal match was competitive, the second series was quite the opposite. The New York Excelsior challenged the Shanghai Dragons, often thought to be the best team in the region, for a spot in the finals. Shanghai swept the floor with the NYXL thanks to their adherence to proven meta compositions. Despite the Excelsior’s immense talent, the Shanghai Dragons moved on with a 3-0 score under their belt.

The Seoul Dynasty came into the grand finals match against the Shanghai Dragons with an inconsistent record in the overall season and the May Melee as a whole. Looking at the first three maps of this series, no one would have believed it. Dynasty DPS Kim “Fits” Dong-eon showed that Seoul isn’t all about Profit, tearing through Shanghai’s backline.

With a commanding 3-0 lead in the first-to-four series, it looked like Seoul had an easy finals win in the bag. But Shanghai simply said, “no.”

After a series of substitutions to refresh their lineup, the Dragons seemed to finally look alive. Main tank Lee “Fearless” Eui-seok roared in on his Winston, bringing a level of leadership and excitement to the roster. Shanghai DPS Kim “Fleta” Byung-Sun, a former member of the Seoul Dynasty, reminded fans why the term “Fleta Deadlift” exists.

In an unbelievable testament to fortitude, the Shanghai Dragons reverse swept the Seoul Dynasty by winning four maps in a row. As the winners of the Asia May Melee bracket, the Dragons earned $40,000 for their team and added three wins to their season record.

Yesterday, the Los Angeles Valiant eked out an upset win against the Paris Eternal. For the majority-rookie team, this win upped their confidence before their semifinal match against first-seeded San Francisco Shock. This wasn’t the first tournament rodeo for the Shock, however, and they showed the Valiant what that experience can do. Los Angeles’ DPS and support lineups made impressive plays, but their aggression fed directly into the big picture plan of the Shock. With a 3-0 sweep, the Shock made their way into the North America finals.

The other half of the semifinals wasn’t so cut and dry. The Florida Mayhem, in the middle of the longest winning streak in the organization’s history, were put up against the Philadelphia Fusion. Philadelphia’s roster has been enjoying their spot at the top of the Atlantic Division for most of the 2020 Overwatch League season. Florida took their battle directly to the top, though. Star DPS Kim “Yaki” Jun-gi faced off against Philadelphia’s Lee “Carpe” Jae-hyeok, never shying away from a one-vs-one battle. The Mayhem made it to the grand finals with a 3-1 victory over the Fusion.

Even though the knockout rounds and quarterfinals took teams through a wild maze of upsets and long matches, the North America finals featured the original top two seeds in the tournament. First-seeded San Francisco dominated on first map Nepal, but the Florida Mayhem managed the rare full hold against the former championship team on Blizzard World. Both maps seemed one-sided in favor of either team, a trend that continued on Volskaya Industries. Despite the best efforts of Mayhem’s DPS line, the team was fully held on the first point of Volskaya by the Shock.

With a 2-1 lead, Shock’s hitscan expert Lee “ANS” Seon-chang was prepared to dominate the Widowmaker duels on Junkertown. Mayhem’s resident sniper Lee “BQB” Sang-bum wasn’t on board with that storyline, though. Both teams completed the map, but in the second round, the Shock stepped off the defense point just long enough for the Mayhem to even up the score to 2-2.

A tense Lijiang Tower followed and the Mayhem destroyed the Shock on the first round of the map. But the Shock rallied for the next two rounds and the team, especially main tank Matthew “Super” DeLisi, adopted an ultra-aggressive style to unseat the Mayhem. A one-sided Hollywood in favor of the Shock led them to take the championship with a 4-2 series win.

San Francisco may be taking home the $40,000 prize, but this second-place finish is the Florida Mayhem’s best result in a tournament thus far in Overwatch League history. The crown once again belongs to the Shock, but the Mayhem showed they have what it takes to fight for the throne.