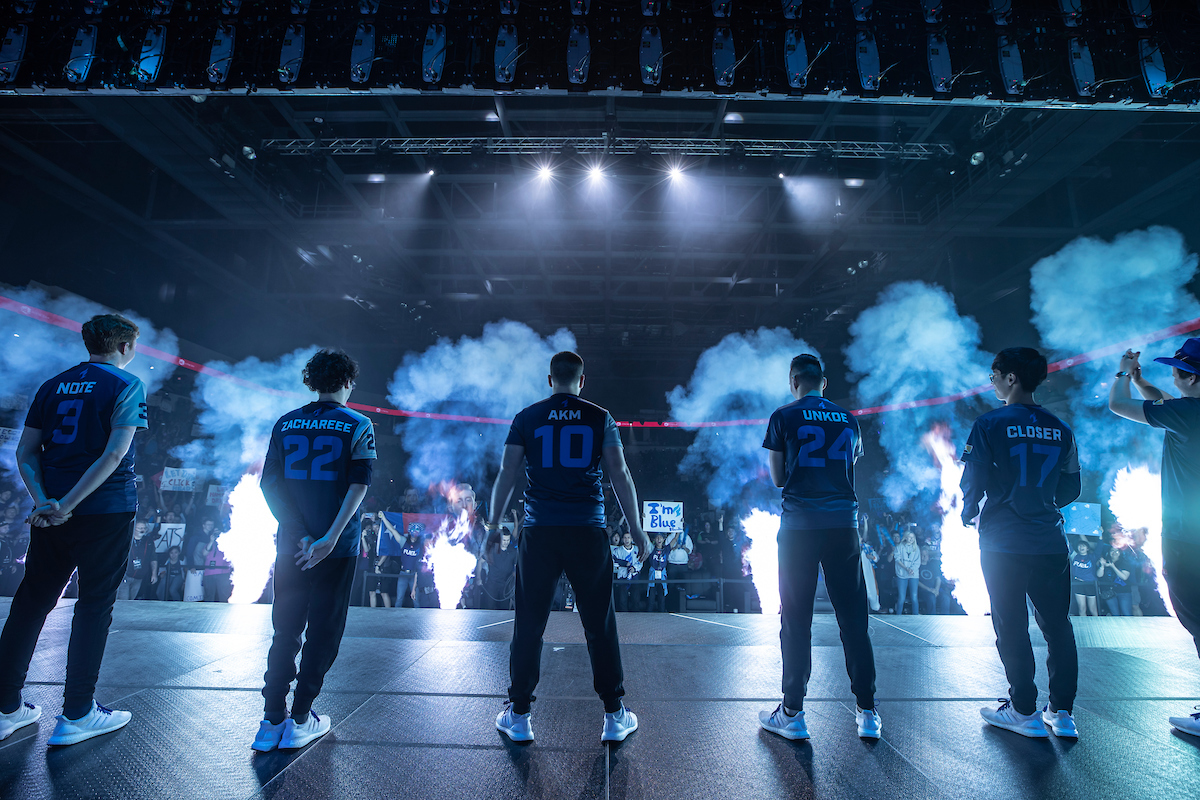 The Overwatch League is here to spice up the May esports scene. Amid a host of changes including a move to online play, the league has decided to dedicate the month of May to a standalone tournament with bonus wins and hundreds of thousands of dollars in prize money on the line.

The May Melee tournament features all 20 teams in the Overwatch League and divides them into two regions, North America and Asia. In each region, the first place winner will go home with $40,000 for their team and three bonus wins to add to their season record. For these teams, the May Melee is also a chance to prove their worth against all the strong contenders of their region.

North America, with 13 participating teams, started their May Melee bracket early on May 22. The Asia region, with seven teams, will begin their matches on May 23. Each regional bracket is single elimination.

Before North America could create an eight-team May Melee bracket, the latter half of the leaderboard had to fight it out in the “Knockout” rounds. The first match of the tournament was a qualifier, pitting 13th seed Vancouver Titans against 12th seed Toronto Defiant for the final place in the true bracket. The Defiant moved on in the bracket with a 3-2 score and the Vancouver Titans were sent packing.

For the Knockout rounds, the teams seeded fifth through eighth chose their opponents from the ninth through 12th teams. Four teams moved on from these rounds to face the top seeds in the May 23 quarterfinals.

As the eighth seed, the Dallas Fuel had little choice but to play the team left over from the high-ranked teams’ choices. An impromptu Battle for Texas resulted, echoing the multiple matches the two Lone Star teams have had throughout the 2020 season. The Houston Outlaws put up a good fight, but a phenomenal performance from Dallas DPS Jang “Decay” Gui-un on the final two maps of the series put the Outlaws’ dreams in the ground.

Sensing blood in the water after widespread team changes, the Los Angeles Gladiators opted to take on the Washington Justice. Despite the long-term addition of off-tank Choi “JJANU” Hyeon-woo to the Justice roster, the team hadn’t meshed enough to stand up to the Gladiators. The Los Angeles team, meanwhile, seems to have shaken off the communication issues and lack of cohesion that has plagued their roster the past few weeks.

The Defiant put up a fight against the Vancouver Titans earlier in the day, but that first battle seemed to deplete all of their energy. An energized Atlanta Reign, coming into the May Melee as the sixth seed, rolled over Toronto at nearly every point. Player of the match Kim “Edison” Tae-hoon of Atlanta took flanks as Echo and destroyed the Defiant’s backline from multiple angles.

In a truly wild series, fifth seed Paris Eternal managed to defeat the Boston Uprising, seeded 11th, in a 3-2 series. The Eternal were up 2-0 in a commanding lead at halftime, but the Boston Uprising rallied and brought the Eternal to the absolute brink. In the last round of final map Oasis, the Eternal won due to minor mistakes by Boston. For such a wide chasm between two teams in the bracket, the match was closer than it should have been.

The Asia-Pacific region gets to bypass the mess of Knockout rounds thanks to only having seven teams in their bracket. Through the first three weeks of May, the Guangzhou Charge built up an impressive record and earned themselves a bye directly into the semifinal rounds.

Asia’s quarterfinal rounds were decided last week as coaches from the three higher-seeded teams chose their opponents on a live stream. Three teams will move on to join the Guangzhou Charge in the May 23 semifinal games. These quarterfinals begin on May 23.

After the Knockout rounds concluded, representatives of the first four seeds in the North American May Melee bracket were invited onto the Watchpoint post-show to choose their opponents live.

The North American quarterfinal games begin at 2pm CT on May 23. Only four teams move on to the semifinals on May 24.