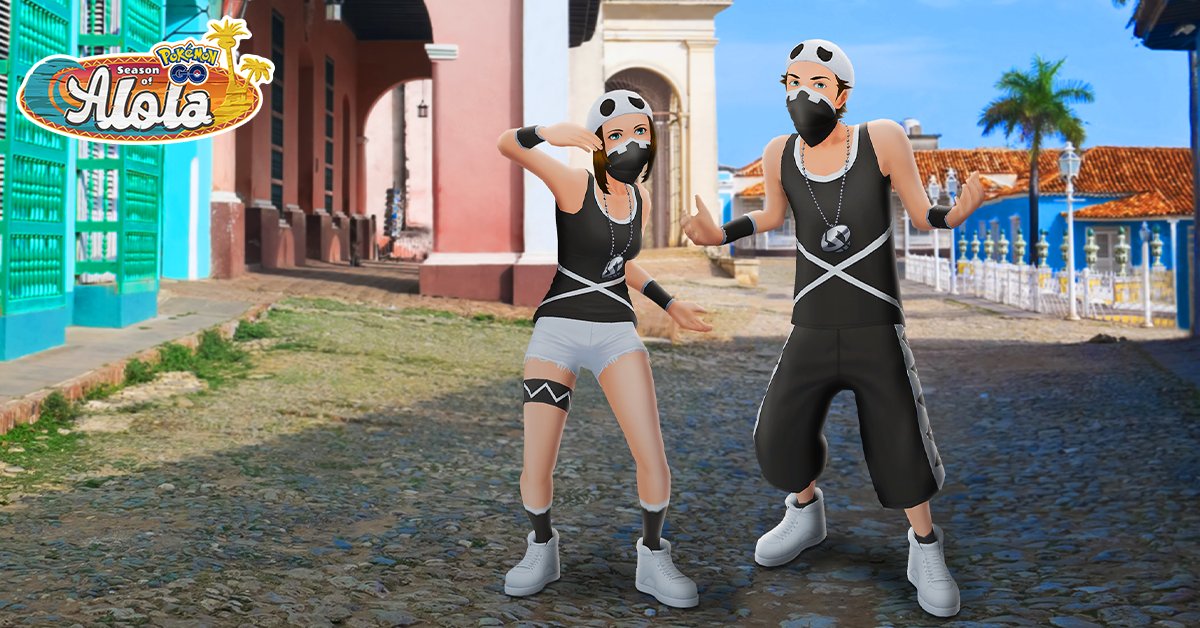 The Season of Alola is ramping up in Pokémon Go, which means Niantic is continuously adding content to the game themed around the seventh generation of Pokémon. Along with the Spring into Spring event, players can now obtain a new avatar outfit and animated pose inspired by Team Skull in the Pokémon Go in-game shop.

The Team Skull grunt items will be featured in the Styles menu, with costs ranging from 50 to 150 PokéCoins per item. The total outfit will cost 600 PokéCoins, or roughly $6, while the Team Skull animated pose costs 500 PokéCoins.

There is also a Comfey Alola Shirt available in the shop for 250 PokéCoins, with more Alolan-style items likely coming before the season ends on June 1.

As for the coinciding event, Team Skull won’t be making an appearance during Spring into Spring, but players will be able to encounter Ula’ula Island’s guardian deity Tapu Bulu for the first time. Along with that, Pokémon wearing special flower crowns are returning, with new additions to the lineup like Togekiss and Lopunny.

Throughout the event, there will be event-exclusive Field and Special Research to complete, along with a new Collection Challenge where players can earn some useful items and encounters with rare Pokémon featured during Spring into Spring.

And all of this can be done while dressing up as the biggest and baddest team in Alola, and maybe Guzma or Plumeria-style outfits will be added later down the line too.