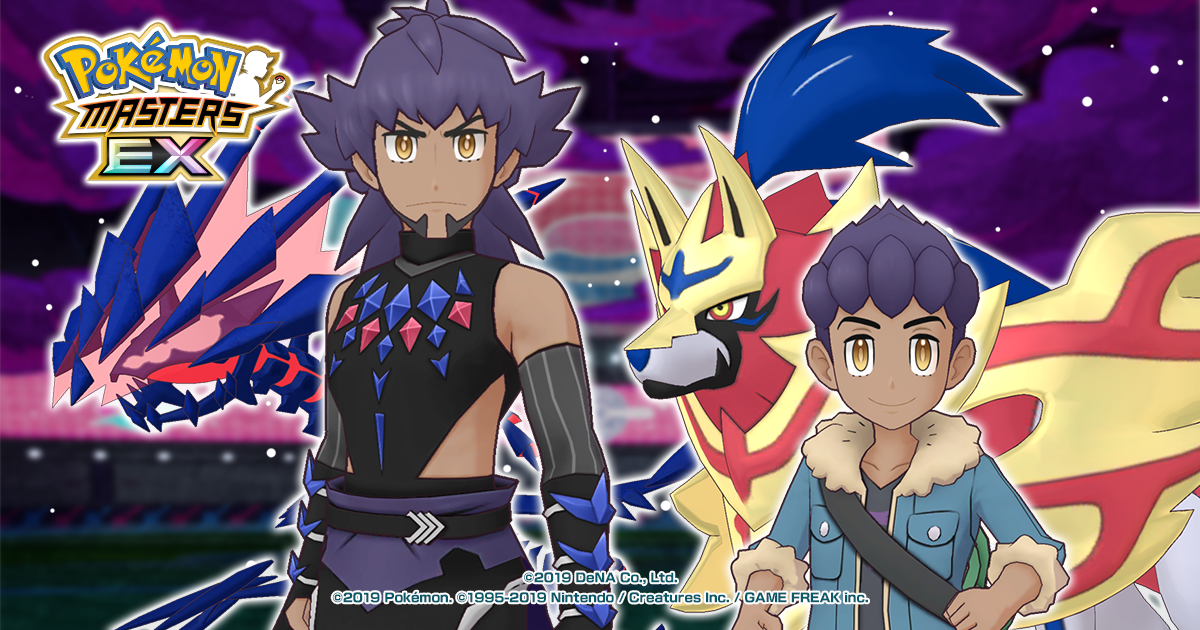 The upcoming event, Howling Shield of Eternity, starts 1 am CT, Aug. 12. It will begin with the opportunity to add Hop and Zamazenta to your collection, as well as the newly released Sygna Suit Leon and Eternatus Sync Pair.

The event will run from Aug. 12 and Sep. 16. Hop can be earned by completing the event and all its challenges, while Leon will only be available through his featured Poké Fair Scout.

Hop and Zamazenta are a Steel-type support-style Sync Pair that has the ability to raise your team’s stats and heal back some HP in battle.

With the ability to Dynamax, Eternatus has access to the game’s first max move Eternabeam, which can lower its opponent’s stats on a successful hit.

You’ll have quite a bit of time to work through the event and acquire these two new Sync Pairs over the next month. But keep in mind that once the event ends on Sep. 16, it isn’t clear when these two characters will be available again.

The event will cover the second anniversary of Pokémon Masters EX which first launched on Aug. 28, 2019. No announcments have been made regarding any more celebratory additions coming to the game on that date.